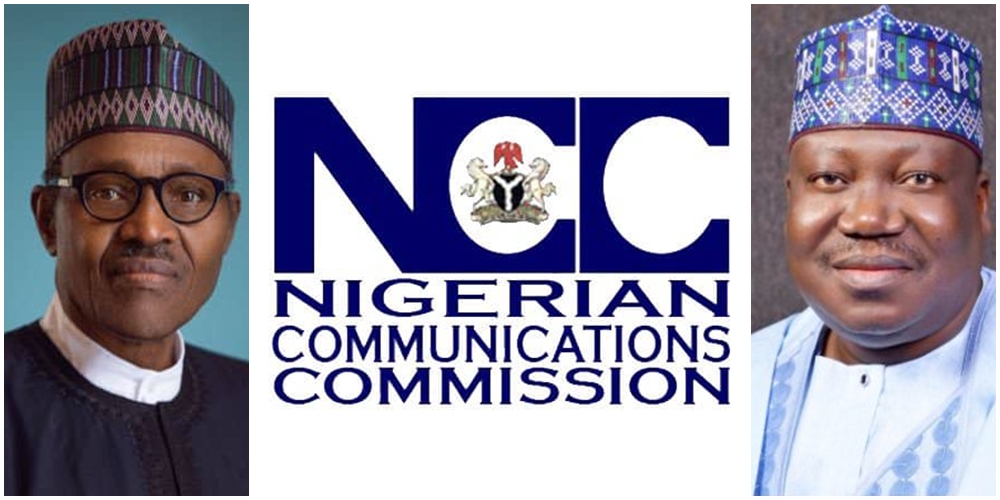 The recent disclosure by the Minister of Digital Economy that the Federal Government would soon deploy the Five Generation network (5G) in Nigeria should come as a welcome relief, to all those who have been rankled by the inexplicable electoral amendment bill which requires that the Independent National Electoral Commission (INEC), obtains clearance from the Nigerian Communications Commission before it the electoral body could transmit election results electronically. But before I go further on the e-transmission issue, it is apposite to put the 5G network issue in perspective.

Obviously, the controversy over the health implications of the 5G network has died down hence Pantami declared that research had shown that the decision to deploy the 5G network was after thorough investigations, research and trial absolving it of posing security or health threat. He specifically dispelled concerns that COVID-19 was associated with the deployment of the 5G communications network. Thus, Nigerians can now rest, assured that their worst fears would not come true and that, if anything, the country would reap the immense benefits promised by the network.

In an era that employment of the digital interface, for a wide range of activities, has become the order of the day, one expects that once it is rolled out, the speed and efficiency of the 5G network will automatically translate to more efficient operations, more employment, vast improvement in the incomes of the endSARS generation of Nigerians who, as research has shown, rely preponderantly on the internet for survival. We are told that enhanced access to the internet, thanks to the miracle network, will translate to better days for Nigeria’s army of bloggers, online marketers and content developers, among others. It will also mean enhanced GDP, reduced crime wave and improvement in the general well-being of Nigerians.

That is not all. With the 5G network, it is expected that all real time activities will receive a boost: from banking operations to the activities of various government agencies such as the Joint Admissions and Matriculation Board (JAMB), the West African Examinations Council (WAEC), the National Identity Management Commission (NIMC) and all other agencies whose daily activities hinge on the availability of efficient and reliable internet access. In this regard, perhaps one organisation that stands to benefit most from the deployment of 5G will be the Independent National Electoral Commission, INEC.

In fact, it is a moot point that this development is coming on the heels of the declaration by the National Assembly that INEC is not in a position to adopt electronic transmission of votes because of poor national internet coverage. Curiously, the NASS argues that the reprehensible decision was based on the position, canvassed by the NCC, to the extent that with the preponderance of 2-3G installation in the country, the agency could not guarantee effective delivery of results electronically.

Undoubtedly, if we were to go by that submission on its face value, one is bound to conclude that, e-transmission of results would be practically difficult. However, to swallow that position wholesale will amount to a gross negligence of duty. For instance, it would be nice to establish when the NCC conducted the internet coverage investigation that provided the basis for the NASS conclusion. Assuming, as has been suggested, that the investigation in question was conducted in 2018, it goes without saying that such a conclusion will fly in the face of common sense.  Let us look at it this way: to accept that position is to suggest that, rather than expand, internet access in Nigeria is shrinking. But one needs not be in the telecommunication sector to know that such a claim is incorrect. What, with the gsm networks daily declaring huge increases in subscriber bases. Or have the networks been deceiving us? I doubt that. On the other hand, it could be that the NCC needs to rejig its operational strategy, to ensure that once it is called upon, it would be in a position to provide up to date answers to such enquiries.

That said, it is still important to draw attention to the far-reaching ramifications of that piece of legislative impunity. To start with, the attempt to railroad the NCC into a role that is outside its mandate is bad enough; to seek to use it as a subterfuge to derail the Constitution of the Federal Republic of Nigeria is, to say the least, treacherous. Curiously, the NASS has conveniently chosen to go dumb in the face of blistering remarks from the INEC saying it has the capacity to deliver results electronically. After all, INEC did it in Osun and Edo, two very strategic elections. To therefore seek to repudiate that feat, as the NASS has sought to do, smacks of bare-faced obscurantism.

It beats the imagination that the NASS would throw caution to the wind and seek to saddle the NCC which is burdened with its own legitimate mandate, with a responsibility that, if accepted, will entail sacrificing critical aspects of its work. Good a thing, the NCC never asked for a role in elections. Besides, the NCC should be acutely aware that the role being proposed for it by the NASS amounts to a contravention of the independence granted the electoral body in the Constitution.

In the nature of things, the NCC is likely to be reluctant to enter into any proprietary exchange with the NASS, an agency that enjoys enormous oversight power and functions over the telecom regulatory agency. Given the obvious vulnerability of the NCC, it is incumbent on the Federal Government to reign in on the NASS, to retrace its dangerous step and tow the path of legislative discipline and moral rectitude. There are at least, four reasons for my position.

Number 1: A cross section of Nigerians believe that the APC-controlled NASS stream-rolled the dubious amendment act, preparatory to rigging future elections in Nigeria. While that remains in the realm of conjecture, the ensuing trust deficit preposterously casts a huge aspersion on the legitimacy of any future election as well as sowing the poisonous seeds of result rejection and possibly, violence.

Number 2: Subjugating INEC’s undivided powers to the anticipatory approval of another agency amounts to a withdrawal of the independence of INEC; a violent assault on the Constitution of the Federal Republic of Nigeria 1999 which unambiguously requites in INEC the powers to conduct elections.

Number 3: INEC has unequivocally stated its ability and readiness to transmit election results electronically. To the extent that one does not intend to question the powers of the NASS to make laws for the good governance of the country, it still bears pointing out that, to hinge electronic transmission of results on the NNC clearance amounts to a no confidence vote on INEC and its leadership. Assuming, without conceding, that such is the motive of the NASS, the proper step would be to boldly pass such a vote and allow the matter to rest. However, I doubt that such a move would be roundly rejected for the obvious reason that, despite all the challenges posed by politicians, INEC seems to improve with every passing election.

Number 4: From what is publicly available, the NCC has never asked for a role in the country’s elections. Granted that it has regulatory powers over telecom service providers, this should never be used as a legislative alibi to undertake what, in the eyes of some people, amounts to a legislative coup. Though I could be wrong, I have this strong filling that the NCC was ambushed for a hatchet job; a job that was badly mismanaged thus subjecting the agency’s director to undeserved public odium and the agency, embarrassing scrutiny and vilification in the court of public opinion.

Finally, and this point needs to be stridently underscored, over the years, the NCC has morphed into one of the country’s most reliable public institutions, maintaining a level of stability uncommon in these shores and contributing immensely to the country’s financial health. It will amount to an unmitigated disaster, indeed a gross betrayal of public trust, to suck it into the vortex of Nigeria’s electoral cauldron, into the treacherous waters of our politics as the NASS seems bent on doing. That is the reason why the President should, in keeping with his oath of office, boldly reject this piece of legislation which, in one fell swoop, places the country in the double jeopardy of sabotaging a major national asset like the NCC and destroying the sanctity of the electoral process.

Why Chief Mulade Sheriff is Perfect for Delta Governor in 2023
Delta Guber 2023- The PDP Albatross: Against APC An Urhobo Candidate Will Be A Cheap Concession
Advertisement