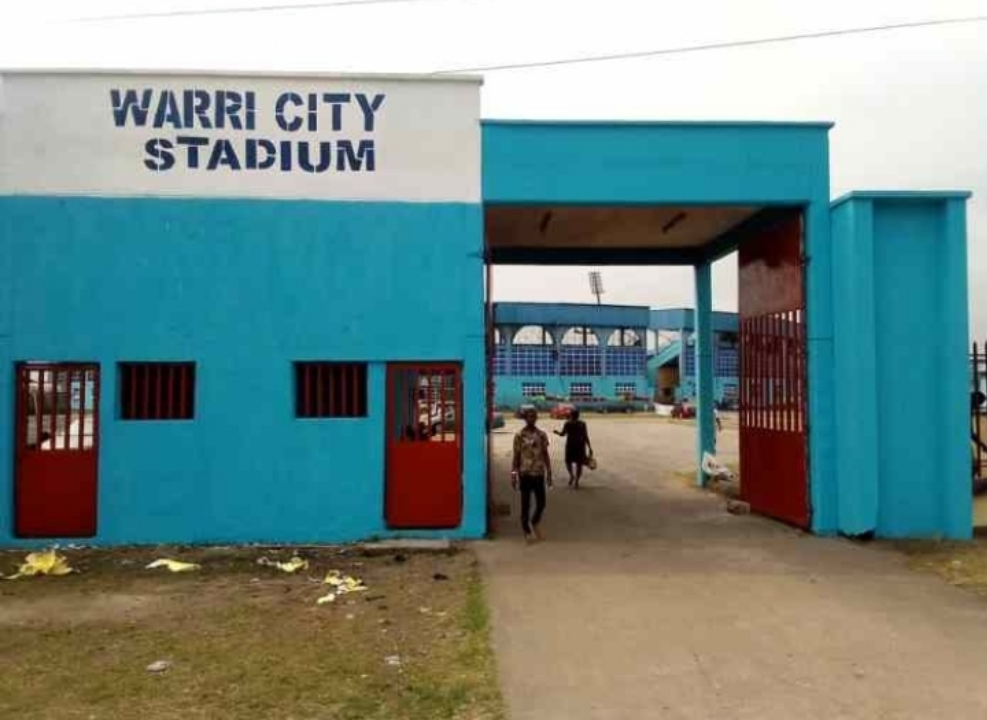 It has once again become necessary to reiterate the point that the good people of Delta State will not fall for, and will not be deceived by the continuing antics and sworn effort of the opposition All Progressives Congress, (APC) to lie by distorting facts in order to intentionally trick and mislead them.

This is the submission of the Peoples Democratic Party, (PDP) Delta State in its reaction to a tell-tale alarm raised by the deceptive APC propaganda machine and “nattering nabobs of negativism” in their recent press release titled: “Delta APC Lauds Church for Renovation of Warri Township Stadium,” signed by one Dr. Omene Odafe Wilson, Delta State APC Director Of Publicity.

Likening the Delta APC’s current indulgence in deliberate falsehood and dishonest practice to what others have long described as the case of the “’hopeless, hysterical hypochondriacs of history,” PDP in a Press Release signed by its State Publicity Secretary, Dr. Ifeanyi Osuoza debunked the story, saying: “It is the height of deception for the APC to want to give the impression that officials of Master’s Place International Church, Effurun just went there to do what they did for an altruistic reason.

“What the APC megaphone failed to disclose is that the church actually came to the Sports Commission to seek permission to rent the facility for its planned crusade. And the church indeed paid the normal =N=500,000/= rent fee following the approval given to its request. Unfortunately, while the Church was preparing to hold the crusade, the wind storm, a natural catastrophe came, blew off the roof, and destroyed a portion of the facility.

“The Church then went ahead to repair the portion affected by the wind storm. But when the Chairman, Sports Commission learned of this, he directed that the =N=500,000/= earlier paid by the church as rent fee for the facility be refunded to it. And this was done.

“For the APC megaphones to hide this aspect of the story from the people and distort it so as to discredit the State government and create a bad impression of the government in the eyes of the people is dishonest. It shows that it does not care about the consequences of its treachery.

“For the APC, Machiavellianism is the watchword; the end justifies the means. It does not care about what the effect of slamming people with fake stories would have on them. It does not care that colouring and purveying a fake story will make the people think that its lies are true and would lead them into the innocent error of forming a wrong opinion about the issue in question.”

“Hear the APC: ‘The All Progressives Congress, APC, Delta State, would like to commend Pastors Korede and Esther Komaya of the Master’s Place International Church, Effurun, for the church’s renovation of the Warri Township Stadium. Our party notes the impressive work the church has embarked upon at the long-abandoned stadium in the heart of the Oil City, even as we applaud the Body of Christ for stepping in where the deceitful administration of Governor Ifeanyi Okowa has woefully failed.’

“The unwary would think that the APC is doing something good with the above expressions, not knowing that it is phony, and intended to deceive the one who would swallow the fake news as truth. But it is not. Here, the APC merely shed crocodile tears, not because it cares so much about Churches and their kingdom work, but it is façade, a sinister intention targeted against the person of the governor of Delta State, the irrepressible Dr. Ifeanyi Okowa.”

“The APC also told a lie in its feigned thanks gesture when it said it ‘would like to commend Pastors Korede and Esther Komaya of the Master’s Place International Church, Effurun for the Church’s renovation of the Warri Township Stadium’.

“Of course, the APC’s story is fake. The Church could not have undertaken the repair of the entire stadium. It only repaired the portion affected by the wind storm, and which incidentally was the portion it wants to use for its crusade. And the Sports Commission did the right thing by sympathizing with the Church on the unfortunate incident and refunded the =N=500,000/ it earlier paid as rent back to it.

“PDP wants to make it clear that the State Government is already working to de-flood the waterlogged area of the stadium and also to embark on massive renovation of the entire facility. It has accommodated this in the ongoing drainage work currently being undertaken by the Warri/Uvwie and Environs Development Agency, and it is to connect the drainage of the stadium into the mainstream Warri-Uvwie drainage work.”

Delta PDP also dismissed as trivial APC’s confused mind in bringing in the person of the proficient head of the Sports Commission, Mr. Tonibok Okowa into its puerile argument with a view to intimidating him.

The party said: “Would it not amount to a denial of Deltans of the experience and ability of a great administrator in running the affairs of the Sports Commission simply because he is a relation of the Governor? Is APC feigning not to know about the resounding accomplishments that the coming of Mr. Tonobok Okowa has brought to sports development in Delta State?

“For the avoidance of doubt, PDP states as follows:

There is nothing clannish in the appointment of Mr. Tonobok Okowa as the boss of the State’s Sports Commission. He has a rich pedigree that Delta needs at this time and which he has proven since his appointment as follows:

(1) Team Delta has won the National Youth Games five times under his watch out of six.

(2) Under his watch, Delta won the National Sports Festival back to back in 2018 and 2021 respectively in grand style.

(3) Under him athletes and coaches have never had it so good in rewards, which is the motivating factor for the State’s dominance in competitions.

(4) He came up with the policy of grassroots developments which is yielding dividends by the discovery of new raw talents that are groomed and nurtured for podium finishes locally and internationally. It was from the pool of these athletes that Nigeria won medals at the Tokyo Olympics and the World Junior Athletics Championship (the best ever) in Nairobi, Kenya. The athletes will also be on hand to fly Nigeria’s flag at the summer Commonwealth Games in Birmingham.

Tonobok Okowa was instrumental in getting these athletes scholarships to study in American universities. Delta has many athletes on scholarship, and more are on their way to the United States for a similar gesture by the State. They are world stars in the making.

“Tonobok Okowa’s emergence as the President of the Athletics Federation of Nigeria (AFN) was unanimous, arising from this streak of achievements. His style of administration is hinged on competence and capacity irrespective of place of origin.

“It is significant to note that he had been a promoter of sports in the State as well as an administrator of repute, spending his hard-earned money well before he was brought on board to head the Commission.