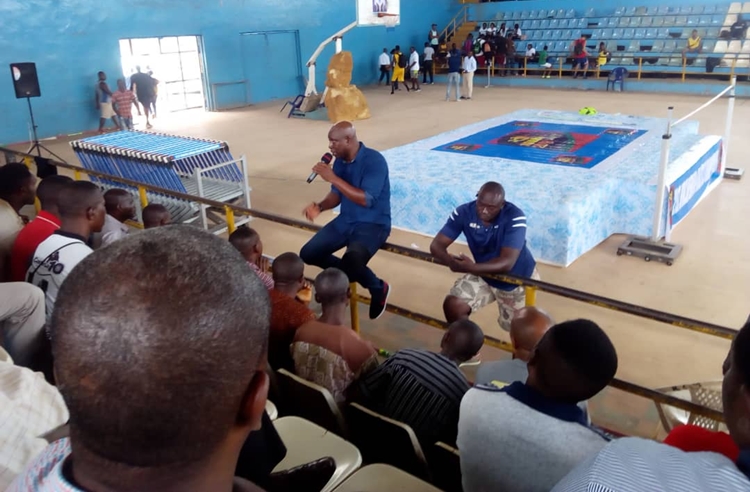 The Security subcommittee for the 21st African Senior Athletics Championships has begun background and security checks on volunteers that have indicated interest to be part of CAA Asaba 2018.

The Security Chief for CAA Asaba 2018, Navy Commodore Omatseye Nesiama (Rtd) revealed that over 3000 individuals were present to undergo the preliminary stage of the screening process on Monday.

He revealed that background and security checks are being carried out on the intending volunteers as his committee is out to select capable hands that would further help in the planned August world-class event.

“The screening for the volunteers commenced today, over 3,000 are being screened and the makeup is all-encompassing across the state, across the country and some civil servants,” Nesiama said in a statement issued by Olukayode Thomas, Head Media, and Publicity.

“Yes, we were prepared for the large turnout, but I was a bit surprised also because people are ready and willing to do true volunteering in the real sense of it; the people who have indicated interest are genuinely ready to work not for any personal gain but to contribute their quota to this historic event,” Neisiama added.

It is understood that the volunteers will be working in different areas as some will be assisting the Technical committee, some would be in protocol/ushering and a lot of them will be attached to the teams as attaches.

In the same vein, there was also a training exercise on Monday for groundsmen that would be in charge of the Wednesday’s African tour event as well as the African championships proper.

The training exercise was supervised by Yussuf Alli, the technical head for CAA Asaba 2018.

The 21st African Senior Athletics Championship will be taking place at the newly-built Stephen Keshi Stadium which many have described as a world-class edifice.