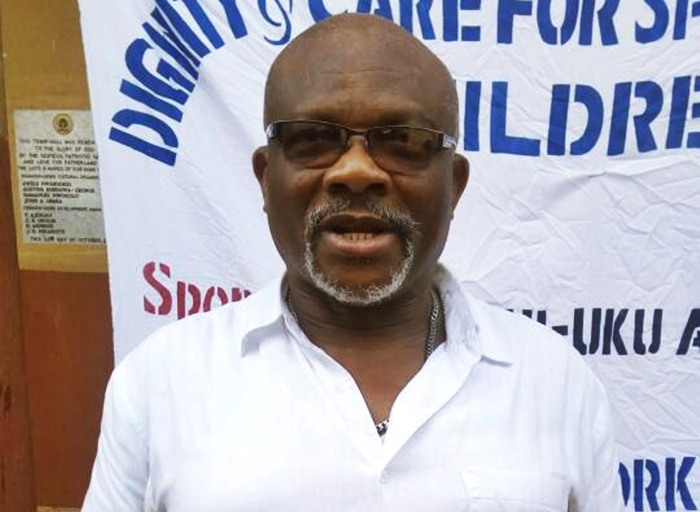 The need for the establishment of a school for children with special needs to cater for their proper development has been stressed.

The Chairman, Aniocha South Local Government Council, Honourable Isaac Anwuzia stated this during an enlightenment programme at Ogwashi-Uku organized by Ogwashi-Uku Association based in New York, United States of America.

Honourable Anwuzia, who was represented by the Secretary, Aniocha South Local Government Council, Honourable Ikechukwu Nwabuokei said there was need for a school to be established in Ogwashi-Uku for children with special needs.

He noted that the children have found themselves in a situation they never bargained for, hence the need for the society to help them become useful to themselves and the community.

Honourable Anwuzia said though it was expensive to cater for them as they need specialized  and skilled personnel to put them through, stressing that the local government would key into the project.

He expressed happiness that the Ogwashi Uku Association, New York planned to build a school and medical centre in Ogwashi-Uku for the children.

He noted that the school, which would be constructed within the next five years would enhance the wellbeing of the children in terms of education, health among other areas.

Mr. Ogbue said children were God’s gift and should not be neglected, adding that they would pool their resources together to achieve set goals.

The President General, Ogwashi-Uku Development Association, Chief Ndikanwu Ashinze represented by the National Public Relations Officer, Chief Elue Adigwe commended the group for the initiative and called on Ogwashi-Uku sons and daughters in Nigeria and in diaspora to assist  the community to attain growth and development.

In a brief talk, a nurse, Mrs. Juliet Bardi told the people to avoid marriage between close relations and pregnancy before the age of eighteen and above thirty-five years, saying pregnant women should not consume alcoholic drinks and abuse of drugs but ensure balance diet.

She said children with special needs should not be discriminated against, adding that some of the cases were hereditary, while others were medical conditions associated during  pregnancy.

Others who spoke including Pastor Nkeonye Nkwabua of the Psalmist Heritage, Abuja and Mr. Dele Ashinze urged the people particularly well meaning individuals and groups, to serve humanity by assisting those with special needs.

The children who were from the Dignity and Care for Special Need Children later danced and cut a cake.

Sapele 2019: Catholic Church endorses Felix Anirah for House of Assembly
Governor Okowa’s CPS challenges Ochei to Reveal how He made His Money
Advertisement