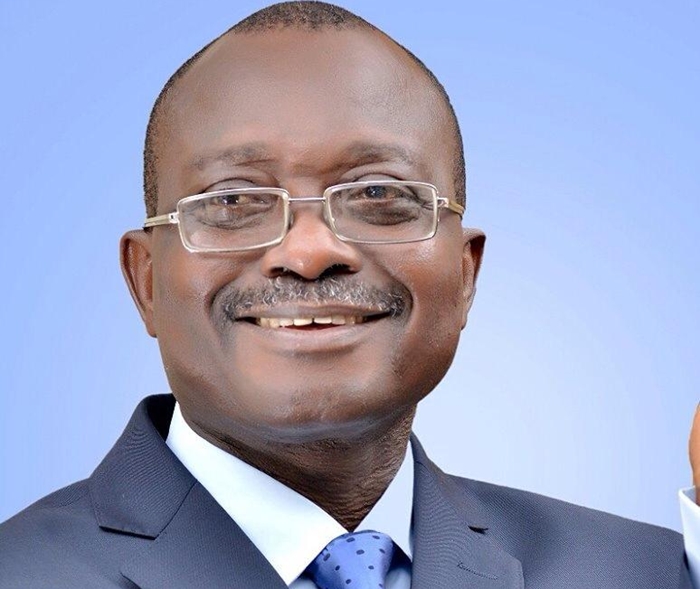 Tony Obuh is gone. He left in a casket suitable for a king. At three scores and three, he had lived it all. A revered technocrat, he was laid to rest amongst kindred spirits.

The rave of the moment, Senator Ifeanyi Okowa conducted government affairs from St. John The Baptist Catholic Church, Agbor, where Late Obuh’ funeral mass was held. He went attended, by a retinue of government courtiers and barons, to bury a good friend. No doubt, they were childhood friends.

Did he (Governor Okowa) not say in his tribute that theirs (the relationship with the deceased) was a long journey together on the highway of life which began in youthful innocence and idealism? Truly, they dreamt as youths. They planned as adults. They lived as men. Years later, they ran for the most coveted seat of Governor, Delta State under the Peoples Democratic Party (PDP) in 2015.

Okowa disclosed that together, they dreamt, nurtured contacts and experimented with ideas in the effort to acquire experience for a life of service. “Such was the fervency and intensity of our collaboration that our respective families, nuclear and extended, were drawn into our affairs. With the coming of the years and the increased burden of responsibilities, perspectives sometimes changed. Even then, the bonds of the past were strong enough to forge a redeeming balance and work out a new way forward. Our believe in our common humanity and our commitment to promotion had been the rallying core.”

With conviction, the Governor knows that Obuh will always be remembered for being a bridge builder, a devout Christian and a perfect gentleman, for he was one whose good heart was written on his amiable face.

But then, do you know that the social and economic life of Agbor, the great ancient land, was hijacked by the funeral rites? Few shops opened for services. The ancient town wore a mournful look. It was not a time for political friends or foes to recognize or harmonise their differences. There was no PDP or APC there. No Anioma or Urhobo there. It was only a congress of men and women who were still contending with the reality of a losing friend.

I saw former Deputy Governor of Delta State, Chief Benjamin Elue. Chief Nkem Okwuofu received salutations from respectful youngsters. The Ologbotsere of Itsekiri, Chief Emami Ayeri exuded panache. Chief Cairo Ojougboh did not fail to present himself at the funeral mass. He was with his man Friday, Sebastine Agbefe. So was the Secretary to Delta State Government, Barr. Chiedu Ebie who restlessly saw to the pacification of party faithfuls in sorrow.

Almost all the commissioners and Members of State Parliament were in attendance. Directors and Permanent Secretaries both serving and retired did their best with attendance. They were, evidently, critical stakeholders in the  event’s planning and execution.

Former Governor of Delta State, Dr. Emmanuel Uduaghan was obviously saddened by the loss, which he described as a sad reality and indeed a great loss. “Mr. Anthony Chuks Obuh, was a very intelligent, hardworking, accommodating and a seasoned administrator… He delivered on tasks without grumbling and glorifying himself.”

The officiating Priests; Rt. Rev. Msgr. Peter Uzor, Rev. Fr. Charles Egwuenu, Rev. Fr. Martins Iyamah and Rev. Fr. Dennis Onochie were led by His Excellency, Most Rev. (Dr) Michael Odogwu Elue. The college showed the importance of the deceased to the parish. Their clergy cloak, well pressed. Their manner, reeked of dignity. The ceremony was solemn. The heavens and its host agreed on the gathering. Tributes blazed.

The grave was well dressed at Tony Obuh’s country home. It showed its importance. The Christ’s Vicker blessed it. Opening the way for the planting of the great ‘Eworo’ (Lion), as he is popularly called. Tears did not hesitate to give way. Emotions were really high. Mothers held on to daughters. Sons clenched teeth. Their eyes were red. African culture forbids men to tears. But if only African men were given to tears, there will be non who would cry more than those present.

The deceased Anthony Obuh, is one of the last bunch of thorough breeds in public service. Born on January 27, 1957 to Mr George and Mrs Bridget Obuh of Oki in Ika South Local Government Area of Delta State, his childhood incessant migration with his educationist missionary parents carved in his soul the import of human fellowship and service which enabled him achieve the professional and societal status he attained in the course of his sixty two years sojourn on earth.

Having bagged a baccalaureate in History/ Political Science from the prestigious University of Ife, Ile-Ife, in 1979, Tony’s natural disposition for service flowered to earn him appointments and even higher responsibilities. He also held a Masters Degree in Industrial and Labour Relations in 1987 from the University of Ibadan. From Principal Administrative Officer, he rose through the ranks to retire as a Permanent Secretary.

His dreams for a functional Delta State, pushed him into politics when he ran for Governor. He was later appointed Commissioner, Special Duties at the twilight of the Dr. Emmanuel Uduaghan’s administration. Subsequently, Senator Ifeanyi Okowa appointed him as Chairman, Delta State Bureau of Pension where he served until his demise on Thursday, December 12, 2019.

Obuh’s widow, Mrs Esther Ogor Obuh, was devastated. She laments how sad it is that she would refer to her darling husband in past tense. With a love history from way back Mary Mount College, the teacher soon became a friend to his former student. Love doesn’t waste time. They were married soon. The children came in. The children left. Their love got stronger. But when it was sweetest, the untamed thief (death) struck.

Ogor finds solace in her promise to be strong for the children.

His first son, Anthony Junior Obuh admits that his father’s absence is heavy. “I concede that I have found this really hard to take. To live in the hearts of those we love is not to die, but Daddy, this hardly compensates for the pangs I feel, this does not make up for the agony.”

It was a long day. May be, the sun paused to take a rest. As bright as it shone, it did not scorch. The Ogbemudien Model Secondary School, Agbor brimmed its banks with well wishers, political associates, friends and acquaintances. It was the reception ground. Many, who had traveled far and wide to pay their last respect.

The organizers were at their best. It was learnt, that the PDP constituted a protocol committee. Such respect. Kegs of Palm wine were served to douse sorrow. Strong wine, to wash away agony. Music by Joe Morgan, to keep the place solemn. Sober reflection settled like soot. The road all men must take.

The silver lining of the Isoko politics class were there. I saw Comrade Ovuozourie Macaulay, accompanied by Chief Emmanuel Edevor, and Hon. Mike Ogwah. Hon. Johnson Erijo was there. So was Comrade Mike Akpobire.

To some it was a celebration of life. Tributes poured in torrents. Flooding the minds and emotions of all who were around. Some do have greatness etched in their destinies. Even in death Obuh still pulled strings. Some said, the grave should have been wider, considering the caliber of man to be planted. Many argued what difference it would make. They believed the gate of eternity was wide enough to welcome Obuh’s sterling soul.

Tony Obuh is buried. He was buried like a Governor. Some still call him governor. His excellency. Though he never was. Godstime Ughegbe, his ardent disciple said, Obuh was to him.