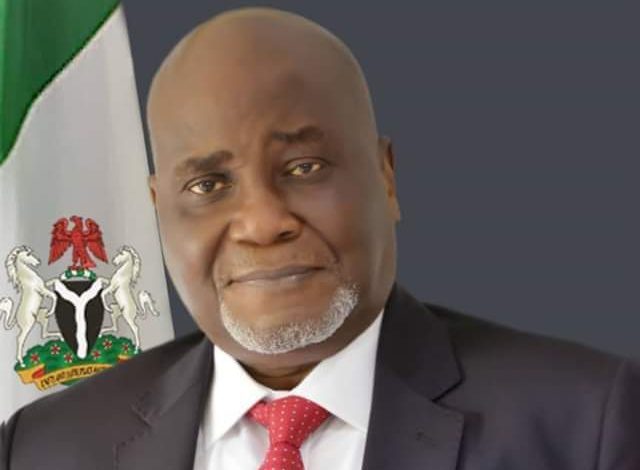 …implore Buhari To Replace Dokubo With A Capable Person With Perfect Understanding Of Amnesty Programme.

…describe His Appointment As A Huge  Mistake, …he Has Overstayed His Welcome.

The Conveners of the Ijaw Unity Rally And Peace (IURP) have warned the Special Adviser to the President and Coordinator of the Presidential Amnesty Programme (PAP), Prof. Charles Dokubo against threatening the Federal Government with renewed wave of violence in the oil-rich Niger Delta Region if not reappointed.

According to the statement; “Our attention has been drawn to the showboating of one man, who is notorious for feeding off the palms of the current Coordinator of the Presidential Amnesty Office. This very lazy and jobless man who now masquerades as ‘The Reformed Niger Delta Avengers (RNDA)’ was recently quoted by the online version of Vanguard newspaper as saying that he “will cripple the nation’s economy with coordinated attacks on oil facilities in the Niger Delta should the Presidency succumb to the sponsored maneuvering and blackmail by purported cabals to remove the Special Adviser to the President and Coordinator of the Presidential Amnesty Programme, PAP, Prof Charles Dokubo.”

In the statement this hustler, who is a well known Kalabari man from Rivers, styled himself as “Major General” Johnmark Ezonbi. Nonsense! We know this desperado too well. He does not even know how to shoot a catapult (rubber sling) let alone a gun. He is all mouth and no action! He was only given A Big Promise to replace his fellow Kalabari Brother, the Head of Reintegration in the Amnesty Office”.

“On the contrary, it is the belief of all the Niger Delta ex-agitators enlisted in the Presidential Amnesty Programme that Professor Charles Quaker Dokubo has long overstayed his welcome as the Coordinator of the Presidential Amnesty Programme. Prof Dokubo is the singular biggest threat to peace, safety and security in the Niger Delta. In fact, the rising cases of oil theft in the Niger Delta, at a time our leader, President Muhammadu Buhari is looking for money to fund the federal budget, is glaringly as a result of the crass ineptitude of Prof. Charles Quaker Dokubo. That Dokubo still parades himself as the Coordinator of the Presidential Amnesty Programme in spite of the monumental cases of corruption that has been linked to him and his cohorts, is one of the wonders of this era”, they wrote.

They also wrote; “We must send direct message to Prof. Charles Dokubo to stop threatening President Muhammadu Buhari and indeed the nation with renewed wave of militancy in the Niger Delta. The youths and freedom fighters in the Niger Delta have since renounced violence and will never return to that sad era irrespective of the provocations of Prof. Charles Dokubo and his hirelings like the so-called “Major General Johnmark Ezonbi.” By 2016 virtually all the 30,000 ex-agitators enlisted in the Programme had received either vocational training or formal education in some of the best training facilities across the world. What was left was the reintegration of already trained persons. Looking at his performance since resumption, Professor Charles Quaker Dokubo is clearly the worst head of the Presidential Amnesty Programme since its inception”.

“Only recently, the nation was shocked when news made the rounds about how Professor Dokubo procured 100 wooden boats at the cost of N4 Million each purportedly to “empower” Niger Delta women. When challenged that each of those wooden boats could be procured at less than N200,000 each, Dokubo countered that they also threw in fishing nets and hooks into each of the boats! He never disputed the fact that N4 Million was spent on each of the miserable wooden boats”, the statement added.

According to the statement also; “Prof. Charles Dokubo does not have an understanding of the Presidential Amnesty Programme. Worst still, he does not even  have the capacity to run the Programme. His appointment was a huge mistake in the first place. Under Dokubo, the amnesty Programme lacks focus – totally directionless. He just sits down everyday and award senseless contracts to cronies who usually would not do the job but rather return huge chunks of the money back to him  once they got paid by the office. The former Director of Finance and Accounts, who attempted to check this vice was chased out of the office by the him and his colluding friends in government”.

Continuing further, they said; “Given his lack of understanding of the Programme, Prof. Dokubo has now been literally held hostage by persons who see the Amnesty Office as a means of making money at the expense of the people. The situation is so bad that the Coordinator has now totally lost control of the Office. Senior Civil Servants in the office, conniving with some contractors have taken over power from Prof Dokubo and are now perpetrating colossal and brazen corruption. No wonder he has been visiting EFCC office almost on weekly basis. Very soon, details of his EFCC travail will be released to the general public especially the Benin furniture company issue”.

“Despite calls for proper investigation of the massive looting in Kaima orchestrated by him and his criminal civil servants (procurement, admin and legal directors), supply of materials have continued unabated howbeit delivery is now to Buzi office in Abuja and this is another plot to syphon another N1,000,000,000 (One Billion Naira) to lobby government officials in the presidency for him to remain in office where he  has only cleverly looted billions of naira and caused much harm to stakeholders in the region”, they alleged.

“Given that Professor Dokubo did not take his time to understand the programme, including the mandate, he has been unable to manage the programme’s stakeholders. Owing to these failings of Prof Charles Dokubo, huge oil theft has continued in the Niger Delta, hurting the nation’s economy. It is the collective wish of all of us enlisted in the Presidential Amnesty Programme for His Excellency, President Muhammadu Buhari to immediately replace Dokubo with someone with a perfect understanding of the Amnesty Programme. Someone who would return the Programme to its original ideal”, they stated.