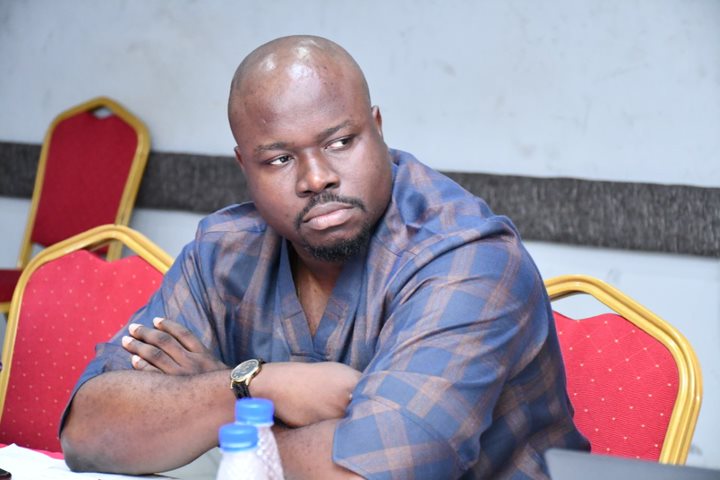 This week, a ploy to illegally keep me behind bars for a long time, was uncovered.

My crime? Writing a story exposing the high and mighty. Exposing a shameless doyen of the bench. As a result I became guilty of innocence.

The source, said categorically, that they just want to disgrace themselves not me, by putting me behind bars and concocting different stories to the press all to destroy my reputation and make me suffer.

“The police knows it is not true, but we are only doing our job, following instructions. It has been arranged from the headquarters.” the source told me.

To seal their plans, money exchanged hands between the high and mighty, between politician and police, between some rogues masquerading as activists and some men of ill will.

Their plan? To get me arrested on a Friday. Detain me till Monday when they would take me to a magistrate court, since bail cannot be effected during weekends.

A lawyer friend of mine explained this trick. He said, “this is a trick we use to deal with anybody. We make sure you are arrested on a Friday.”

“Then taken to a magistrate court on a Monday or Tuesday, depending on the pressure from your people. The magistrate court would instruct that you be remanded in prison since the court lacks jurisdiction.”

ALSO READ:  THE ARENA: Peter The Rock Upon Which A New Nigeria Will Be Built

“You are taken straight to prison, pending when a case is filed at the high court. This may take time as the court may not fix date for hearing of the case for a long time.”

“This is why and how some persons end up in prison for a long time.” My lawyer friend told me.

Why do I write this? It is to tell the world what they have planned and failed to do. I will not mention names yet.

They are two elements working with one lawyer who wants to be governor. I wonder the kind of governor he wants to be. They will unveil their selves soon for by their fruits you shall know them.

From every angle, the common Nigerian has fallen prey to oppression.

Thanks to this tactic, many of our youths lay fallow in various prison yards around the country either awaiting trial, held there as a result of political grievance and bias or as collateral damages for cover ups among many other reasons.

But whichever way or for whatever reason they are kept, it points to the decadence of society in these most trying times.

ALSO READ:  (OPINION) Backdoor Victory Is No Victory At All

Not that it is new; for it has been in existence for donkey’s years, the fact remains that the moral fabric is still and will continue to be compromised if the trend continues.

The judiciary should be on her heels at all times to curb this menace.

If there is anything the judiciary was created for, it is to be the succor of the poor and common man, since it is hinged on the rule of law.

The judiciary should not be used as a machinery of oppression but should at all times exude the aura of societal emancipation.

Many a Nigerian citizens wallow, today, in various prisons due to negligence on the part of law enforcement agents and irregularities in judicial bickering.

In curbing this, the need for zealous professionalism in legal procedures and proper monitoring of enforcement agent becomes a desideratum.

The role of protecting the thread that binds society behooves on all to be knitted, for in every little measure contributed, a great and strong bond is tied for the progress of the bunch, jettisoning all forms of assumptions and accepting the reality that beyond the bad, there are still a good number of good persons in the Nigerian prisons.

As a reminder, my best assurances go to those who think they hold aces to determine the fate of men. Even mountains before Zerubabel, shall become plains, says the holy book.

Persons who cannot explain their sources of wealth, who think they have friends in high places and cannot be touched.

The Officer Abba Kyari’s saga, should be enough lesson for anybody. No ‘big’ man will associate their selves with you once the limelight is on you.

And I can assure them, to not push me to the point where, nobody cares whose ox is gored. Been underestimated is a good thing. They know so little about me. They don’t know that I am one who thinks and believes, that “what Napoleon can do, I can do better.”

To those who pose as friends but serve as informants. I know you, I see you. God bless us all. For when it rains, both those who stand and those who sit, testify.

To the high and mighty with skeletons in cupboards, when the chips are down, neither the bird nor the rope shall know peace.

Please, let us pray for those, illegally detained. For those who are suffering in prison from pains inflicted by the high and mighty.

May they be well, may their day of freedom come, and may the peace of the lord be with them. Amen!