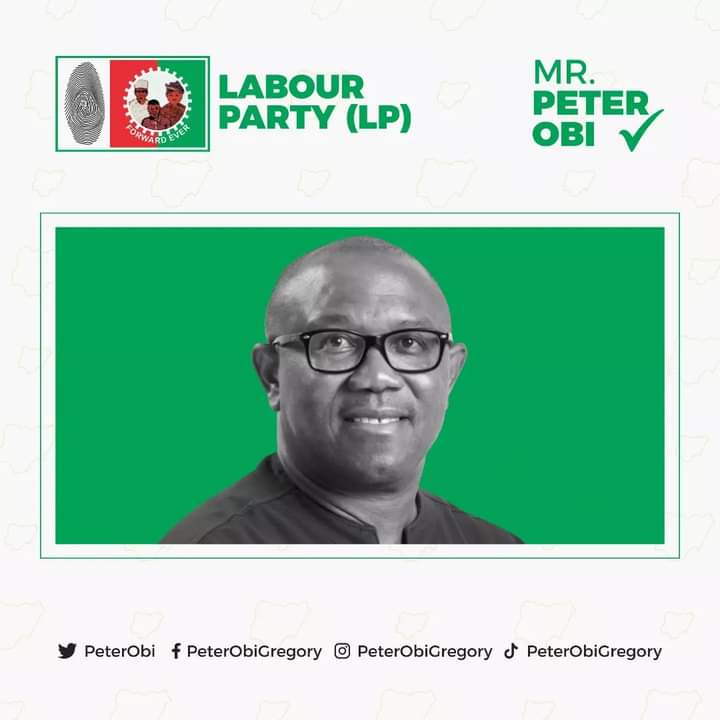 “We can argue about many things, but it’s impossible to argue against facts and statistics. I hear people say that if Peter Obi loses the elections it’ll be because others bribed or bought the electorates. I beg to disagree.”

Above is the introduction to a wrecking job on Peter Obi and his Presidential bid. It is a disjointed and very long essay, the size of a book. It has no by-line and no attribution.

The long essay suffers from so much cranked up statistics and illusionary assumptions. It is also suffused with so much grandstanding and self abusive conjectures. It’s as if the writers want so desperately to believe their own lies and to force everyone to do the same.

You can feel through the sentences and paragraphs, the crying wish for Nigeria to remain the same, without any change to the old and corrupt established order and for Bola Ahmed Tinubu who everyday and in every action, kills his own dreams of winning the presidential elections, to be accepted as a de facto president even from today.

For the writer, Peter Obi is a spoiler who just came to put a huge spanner in the work of the establishment regarding the presidential election. The man is pained, deeply pained by the interruption of Peter Obi on the prevailing social and electoral order and is not ready to give Obi a chance in hell to win the election.
The essayist creates his own electoral situations in his own foggy mind.

The man in his determination to dismiss Peter Obi’s ever rising profile and growing momentum going into the election and his possible fortuitous impact in the exercise, creates in his mind, the army of polling monitors, supervisors and other agents that Peter Obi doesn’t have nor has the capacity to mobilize for the presidential election as the reason why he can’t make an impact.

He conveniently forgot BVAS, the electronic vote accounting and monitoring system that INEC just activated nationwide. By that technology Peter Obi does not need an army running around the nation to monitor the election.

The writer goes ahead to present a rehash of the many disproved rumours and made up scandals discarded and already decomposing in trash heaps. This took him so much time and effort that you would wonder at the depth of fear and loathing the writer has of Peter Obi’s looming regime change.

The long and tedious essay shows quite clearly the deep fear that the traditional politicians have of Peter Obi. They dread the possible consequences of his victory, the consequences of the loss of power and the loss of the free pork that they are used to getting in the present milieu.

The traditional politicians do not understand the nature and the portents of the Peter Obi phenomenon. They see a raging storm coming and they are deploying their usual umbrellas and brooms to negotiate with a storm that will devastate all what we knew before and bring new things. They hear the gathering woosh of the impending storm but instead of preparing fortifications, they are hoping against hope for calm weather.

***Basil Okoh can be reached at basil.okoh@gmail.com and @basilokoh on Social Media Networks.