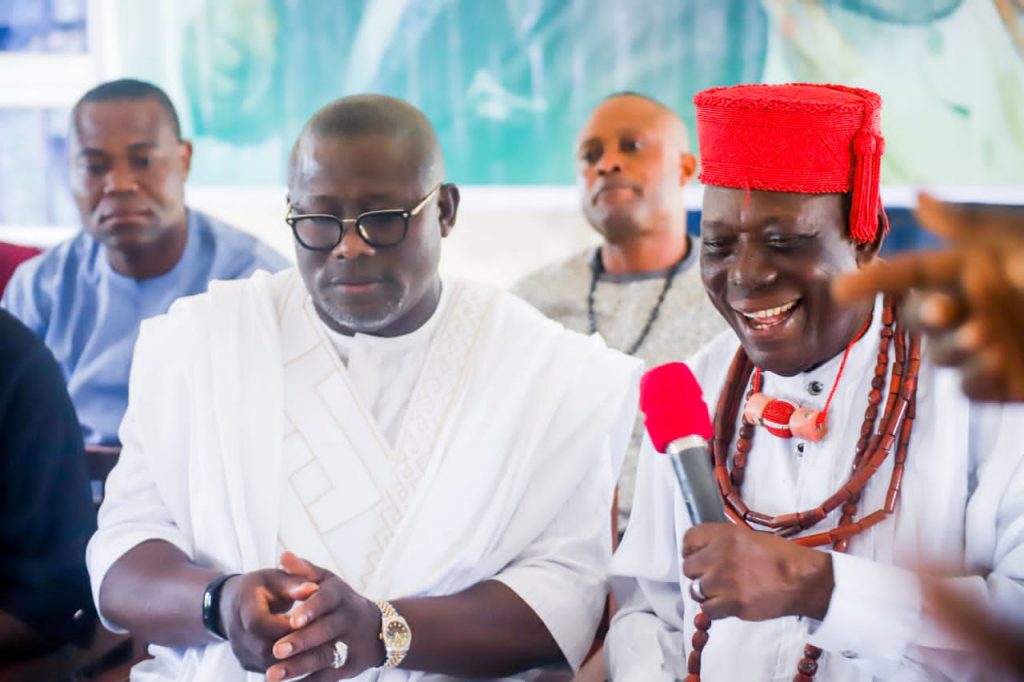 The Director-General, Siakpere Group for Sheriff Oborevwori, Mr. John Ewhubare Siakpere (JP) has congratulated the Speaker of Delta State House of Assembly, Rt. Hon. (Elder) Sheriff Francis Orohwedor Oborevwori, on his election as the gubernatorial candidate of the Peoples Democratic Party (PDP) in the 2023 general elections.

Also, the team expressed gratitude to the state’s Peoples Democratic Party (PDP) for conducting free and fair primaries in the State.

Similarly, the team praised and thanked the delegates from the 25 local government areas of the state for voting overwhelmingly for Rt Hon Oborevwori, which culminated in the resounding victory of Delta Speaker at the intra-party election.

The Director General of Siakpere’s Team for Sheriff Oborevwori, who is also the Director-General of the Urhobos in Diaspora Good Governance Initiatives (UDGGI) and Publicity Secretary of Okpe Union, UK, two of the frontline groups rooting for Rt Hon Oborevwori’s governorship, in a congratulatory message to Rt. Hon Oborevwori, which was made available by his Media Office, said that the Speaker of the Delta State House of Assembly, eminently deserved the victory.

He assured the people of Delta State and the delegates that the Delta State PDP Governorship Candidate would not disappoint them, adding that he would justify the confidence reposed in him.

Describing Rt Hon Oborevwori as a worthy successor to Governor Okowa, he assured that the Speaker who is also the National Deputy Chairman of the Conference of Speakers of State Legislatures of Nigeria would hit the ground running immediately after his inauguration on May 29, 2023.

He said; “I want to appreciate the People’s Democratic Party (PDP) for their steadfastness and commitment to what is right and appropriate for the state. The party (PDP) was convinced that Rt. Hon. Sheriff Francis Orohwedor Oborevwori is a square peg in a square hole and the best man to continue and sustain the legacy of Governor Okowa”.

“I sincerely appreciate and thank PDP for trusting Rt. Hon. Sheriff Francis Orohwedor Oborevwori. I want to assure the party, that the Speaker of the Delta State House of Assembly that I know very well will not disappoint,” Mr. Siakpere added.