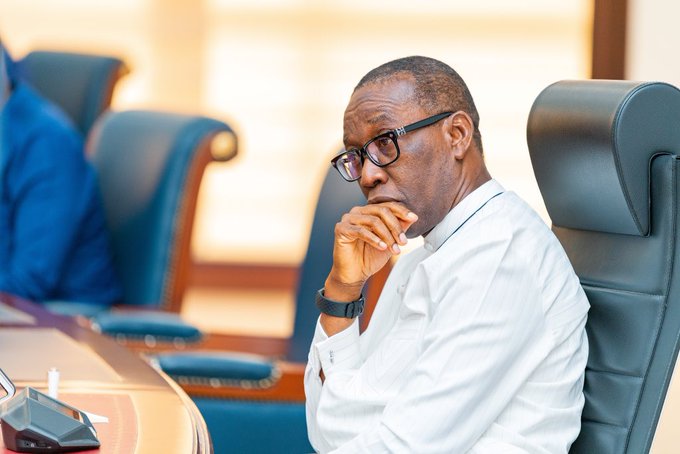 Comrade Onduku who is the National Coordinator, Concerned Citizens For lzon-Ebe Development (CCFID), made the appeal in Jeddo Okpe, the country home of the Honorable Commissioner for Works, Chief Augoye, during a meeting with his kinsmen, decried that Ayakoromo bridge in Burutu Local Government Area of the state is currently at standstill due to paucity of funds.

Speaking to the press after the meeting, Onduku said Ayakoromo bridge project was awarded since 2014 by the immediate past governor of Delta state, Dr. Emmanuel Uduaghan to Zerock Construction Nig. Ltd, a Lebanese company with the intention to link up rural communities in Burutu, Ughelli South, Warri South-West and some parts of Bomadi local government areas to urban cities. But unfortunately, the current administration has been playing politics with the bridge as a campaign strategy at any campaign ground during 2015 and 2019 governorship elections.

Adding that, after winning the elections with the support and votes of riverine ljaw communities, the reverse is the case. To develop the area becomes an excuse.

Comrade Onduku recalled that, the state governor, Dr. Ifeanyi Okowa delegated the Commissioner for Works, Chief James Augoye in November 2020 to inspect the work done so far in Ayakoromo bridge after series of protest by indigenes of the community. At the project site with the community leaders and the contractor, Gov. Okowa through the Commissioner made promise to release two hundred million naira (#200,000 000 00) monthly to the contractor so as to enable him finish the project on time before 2023. Unfortunately, all the statements made where mere political talks, no money had been released to the contractor as we speak.

“As l speak to you now, the contractor has left site because there is no money to work. The government of the day is not sincere to ljaw people. If not, what takes Gov. Okowa to complete Ayakoromo bridge within a year and take the glory for a job well done. If the government can commission bridge, road, school projects in other parts of the state, it is expected of him to do same in the riverine areas. I am appealing to His. Excellency, Dr. Ifeanyi Okowa and the Commissioner for works, Chief James Augoye to show some level of commitment and sincerity to riverine dwellers by releasing funds to complete Ayakoromo bridge because that bridge is of great economic importance to riverine dwellers. It is a pity for government to construct a single bridge project over seven years without completion. Show commitment and sincerity to ljaw people in terms of project execution,” Onduku charged Gov. Okowa.