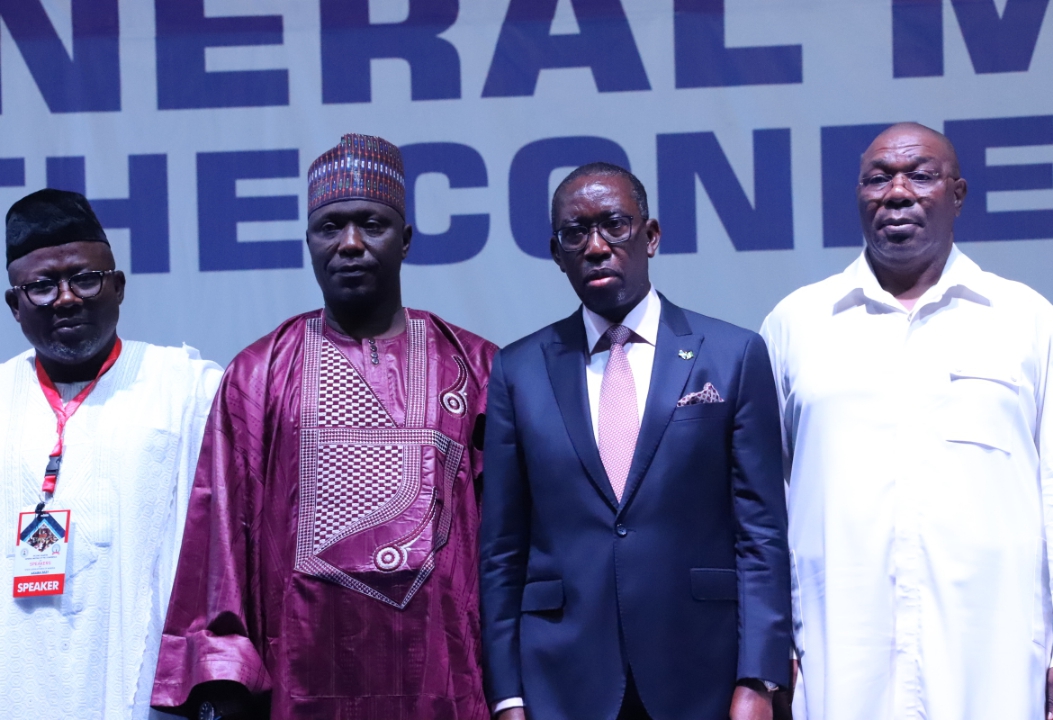 Delta State Governor, Senator Ifeanyi Okowa, has said that separation of power, checks and balances were imperative for good governance in a presidential system of government.

Okowa stated this in a keynote address he delivered at the 2021 Second Quarter meeting of Conference of Speakers of State Legislatures in Nigeria at Asaba, on Saturday, June 26, 2021.

He stated that the relationship between the executive and legislature should be governed by trust, mutual respect and deference, with each bearing in mind the tenets of separation of powers as required in the presidential system of government.

The governor remarked that the executive and legislative arms in a presidential system of government, had critical roles to play in promoting good governance, ensuring political stability and fostering sustainable economic growth.

According to him, the first step to building sustainable partnership between the executive and legislative arms of government for effective service delivery is for both organs of government to work with the consciousness that separation of power is imperative for good governance.

“Each must realise that the principle of checks and balances as constitutionally provided for, is to prevent abuse of power, which, if allowed to fester, will ultimately circumvent the rights and will of the governed.

“It is exigent that both see themselves as complementary partners working towards the same goal, which is the development of the State for the greater good of all.

“Trouble looms when the executive arrogates to itself the power to do as it wills or the legislature takes undue advantage of its oversight function to twist the arms of the executive for selfish ends.

“Where the relationship is characterized by mutual distrust, suspicion, friction and conflict, it leads to crisis and failure of the government to deliver on its policies and programmes.

“However, where both arms see themselves as partners and understand the spirit and letter of the principles of the separation of powers, the inevitable outcome is effective policy formulation and implementation, which leads to excellent service delivery,” he said.

Okowa urged the legislature to take its oversight function very seriously and ensure that the Ministries, Departments and Agencies (MDAs) deliver on government’s policies and programmes.

He called for appropriate consultations between the executive and legislature in matters relating to politics and policy formulation.

He added that his administration had promoted rural-urban integration while ensuring that urban centres remained livable through growth and renewal, with the construction of 799 road projects comprising 1,577.8 kilometres of roads and 908.8 kilometres of drainage channels.

“As a result of the Asaba Storm Water Drainage project, residents of Asaba and the capital territory are no longer apprehensive of the rains because the massive flooding that used to overwhelm the city has been substantially mitigated.

“The ultra-modern Central Secretariat Complex in Asaba, initiated by this administration, is almost completed. It is second only to the Federal Secretariat in Abuja, in size and layout.

“Undoubtedly, our massive investments in road and physical infrastructure have ushered in a period of boom for contractors, artisans, petty traders and suppliers in the construction and allied industries,” Okowa stated.

In his remarks earlier, Chairman, Conference of Speakers, Rt. Hon. Abubakar Suleiman, had said that Delta was one of the few states in Nigeria used as a reference point on the issue of autonomy for state legislatures and the judiciary.

He said that the two months strike by Judicial and Parliamentary workers wouldn’t have been necessary if other states had shown the same support as Delta did.

“We acknowledge the massive development in Delta and this couldn’t have been possible without the support of the state legislature.

Welcoming the speakers to the conference, Speaker of Delta State House of Assembly and Deputy Chairman of the Conference, Rt. Hon. Sheriff Oborevwori, said that in the comity of states, Delta enjoyed relative peace, in spite of insecurity pervading parts of the country “because we are a praying state’’.

“We must give thanks to Governor Ifeanyi Okowa for the steps he took to secure the state,’’ he stated.

Oborevwori said that participants at the conference would discuss issues bothering the nation and proffer solutions for peace, order and good governance in the country.

He said that the Delta House of Assembly had been enjoying autonomy since 2019 and called for further strengthening of the executive-legislature relations in the country.