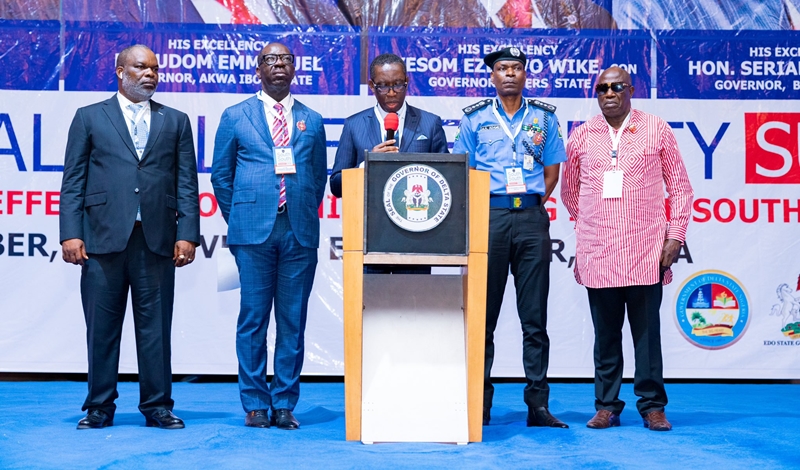 Governor of the South-South States in Nigeria, on Tuesday, November 26, 2019 endorsed the proposal by the Nigeria Police Force for community policing as panacea for persisting security challenges in the country.

The governors declared the support for grassroots policing at a one-day South-South Nigeria Police Regional Security Summit in Asaba, with the theme, “Strategic Partnership for Effective Community Policing in the South-South Zone”.

Police authorities had said that after due consideration of current security threats, especially kidnapping, armed robbery, cultism, arms proliferation, child theft, attacks by herdsmen and sea piracy in the country, adoption of community policing approach would help in checking the challenges.

In a communiqué at the end of the summit, participants, including the governors, Inspector-General of Police, Mr Abubakar Adamu, said that the motive of community policing which hinged on integrating the grassroots into security management across the country was commendable.

They said that the summit represented a significant redefining policing and security arrangements across the country, adding that current challenges were and should be the concern of not just government, but every citizen.

Also in the communiqué signed by the IGP and representatives of the governments of Akwa Ibom, Bayelsa, Cross River, Delta, Edo and Rivers, and read by Delta Governor, Senator Ifeanyi Okowa, the participants urged the IGP to design training pattern for vigilantes and neighbourhood watchers to bridge the personnel gap in the Police Force.

According to them, the ad-hoc security operatives should be suitably equipped and funded and their operations should be subject to direct supervision and control by the Police.

“Moreover, the IGP should take further proactive steps to facilitate an appropriate legal framework to enhance the operations of the vigilante groups and similar bodies,’’ the communiqué added.

The participants expressed concern over declining family values, saying that many crimes were traceable to negative peer group influence, substance abuse and the absence of moral discipline, all of which could be mitigated by good parenting and effective teaching and learning in schools.

They, therefore, charged stakeholders to undertake strong advocacy for the sustenance of family values and functional education capable of promoting self-employment for youths.

They also urged state governments in the zone to “pursue job and wealth creation as a high priority as unemployment among youths is one of the disposing factors to criminality”.