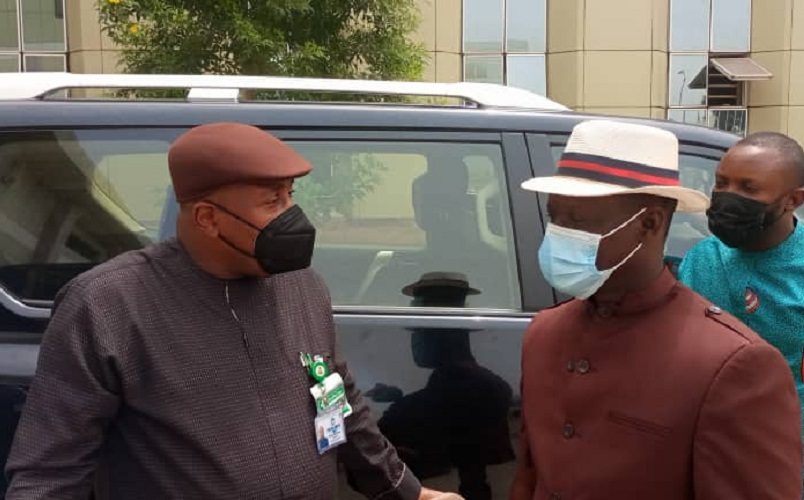 The agitation for the consideration of siting one of the proposed colleges for upgrade to universities in the riverine communities of Delta State was reechoed on Friday 19th Feb, 2021 at the public hearing at the Delta State House of Assembly, Asaba by the President of Riverine Communities development Forum of Nigeria, Comrade Chief Mulade Sheriff.

He commended the Delta State Governor, Senator Ifeanyi Okowa for upgrading the College of Education Agbor, Delta State Polytechnic Ozoro, and the Anwai campus of Delta State University to independent universities in the interest of Delta State youths seeking admission in other States.

Comrade Mulade Sheriff appealed to Governor Ifeanyi Okowa and the Commissioner for Higher Education, Prof Patrick Muoboghare to consider siting one of the universities in the riverine communities to enable the youths there access higher education as riverine dwellers find it very difficult to access quality education in higher institutions because of the difficult terrain coupled with financial hardships, in spite of their huge contributions to the State and National economies.

He said education is the right of every citizen and not a privilege, adding that the lack of education in the riverine communities, especially higher institutions, has led to the branding of the riverine youths agitating for the development of their areas as militants.

He expressed the belief that establishing higher institutions in the riverine communities would drastically reduce the rate of crime because the youths would be meaningfully engaged for a win win situation for all.

The President of Riverine Communities Development Forum of Nigeria sincerely appealed to Governor Ifeanyi Okowa, and Prof. Patrick Muoboghare, as well as the House Committee on Education to use their good offices to ensure that the School of Marine Technology, Burutu is upgraded to a University status, and it should get the needed attention with adequate funding to enable it operate optimally.

He also appealed that campus of the newly established university should be sited at any of Bomadi, Patani, Oporoza, Ogbe-Ijoh, Ogulagha, Ogidigben, Ugborodo, Ode Itsekiri and Ogbinbiri to give the people a sense of belonging in terms of educational development and advancement.

He noted that as a result of the financial hardship most people living in the riverine areas cannot afford higher education in the upland, and strongly appealed on behalf of riverine dwellers that campuses of the universities be sited in the riverine communities of the State to bring education closer to the people.

The Commissioner of Higher Education, Patrick Muoboghare and the Chairman House Committee on Education Hon. Charles Emetulu promised to look into Comrade Mulade’s appeal, saying that his proposal was on point and valid.