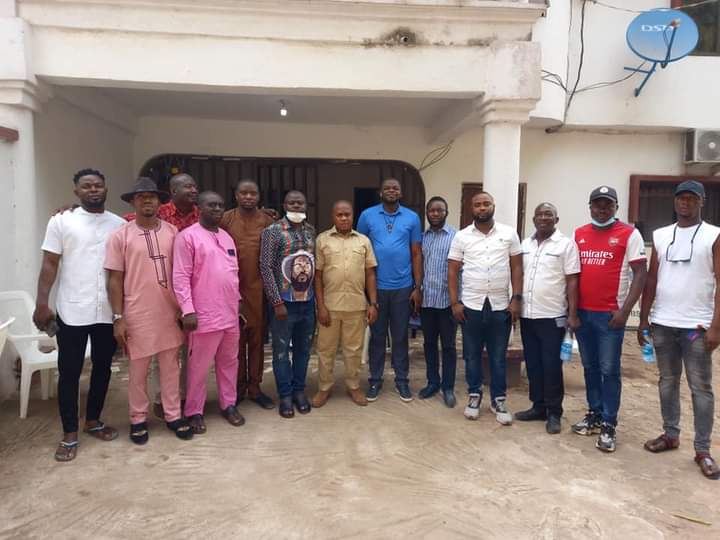 Past and serving students’ leaders in Delta State, have threatened to shut down economic activities in the state following the increase in school fees for newly admitted students into the state-owned universities.

The leaders who disclosed this during a visit to the NUJ Press Centre Asaba, on Tuesday, February 22, 2022, decried the unjustifiable action of state actors, disclosing that the planned shut down will hold from March 1 to March 3, 2022 in the first instance.

Coming under the aegis of Concerned Stakeholders on Education, the Comrades lamented the huge insensitivity of the state government to the harsh economic realities in the country coupled with inflated items padded into the fees.

“The increment in fees is not justified. 7,000 for ID card, 8,000 for Lab coat. Payment for course accreditation, caution fee, development fee, technology fee, payment for verification of results amongst other inflated fees are unjustifiable. DELSU increased their fees just last year and has increased it this year by nearly 100 percent.”

Spokesman of the group, Comrade Ogagaoghene Ogheneyole, further disclosed that, the shutdown which will take place for 3 days, will witness the gathering of the stakeholders as well as students who have vowed to forsake the comfort of their homes and set up camp at government house asaba with sleeping materials, cooking wares, others as they demand for the reversal of the hike.

They described the revelation of the State Commissioner for Higher Education, Dr Patrick Mubohare on the stipulated support of the state government to higher education, as appalling. “We are picking on government because we were told that the government of Okowa had set a benchmark of amount of money it would be supporting universities with and that is why they resorted to increment of school fees. We are saying that this money is our own, let the government fund Education to disallow this incessant and unnecessary increases of school fees. The parents and students should not always be made to suffer for Government’s inability to fund Education. Where do they want parents and guardians to raise such amount of money from? Go and steal? Capital NO! We will not allow that”.

According to the stakeholders, the increment which lies between N180,000 and N270,000, is a clog in achieving fair access to education for the teeming youths and struggling households who will also raise same amount for accomodation, feeding and others.

They reiterated that their call for the reduction, is in-line with request of NADESSTU and NANS inorder to secure an affordable education system for future generations.

While calling on the management of DELSU to revert to the old fees, the stakeholders advised the newly created universities in the state to adopt that same Tuition Fees, adding that, DELSU should reactivate its consult services to enable the school generate revenue and further cut down expenses deployed for luxury lifestyles for top management staff and Student Union leaders.

They appealed to the state leadership of the state NUJ and all media organisations in the state to lend their support to their demand for the scraping of the exorbitant fees.

The NUJ State Chairman, Comrade Michael Ikeogwu, assured the Concerned Stakeholders that the Union will not shy away from giving due publicity to the group’s activities and advised them to conduct their advocacy peacefully.