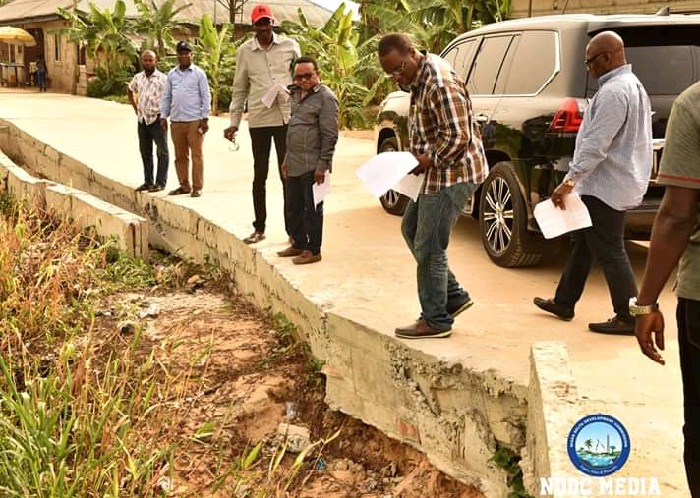 Residents living in areas where projects of the Niger Delta Development Commission (NDDC) are cited have been urged to take measures in cleaning their drains in order to make completed roads last longer, just as residents applauded the commission for fixing unmotorable Internal roads in Niger Delta.

This charge was made during inspection of completed roads at Rivers, Abia and Bayelsa states respectively by the Technical Team of the NDDC headed by the Executive Director of Projects, Dr. Cairo Ojougboh.

Most of the residents who were interviewed praised the commission for creating enabling environment for Niger Deltans through road constructions which is the main access to improve economy system across the globe.

A resident who spoke to Journalists at Rivers’ state inspection, Mr. Liko James said; “This road was in very bad shape before the intervention of NDDC. But presently after the construction of the road, we could freely ply the road with ease. It’s just that the inhabitants of the area do not clean drains and that is a big problem for the road to last. If we cooperate and clean drains, we will enjoy it better because it will last more longer.”

At Bayelsa, the people of Ebedediri Community in Sagbama Local Government Area, applauded NDDC for constructing unmotorable internal roads in the community, saying that they could now ply the roads with ease unlike before were boats were used during the raining seasons.

The Secretary Council of Chiefs Ebedediri Community, Chief Lawrence Peter, who spoke on behalf of the community, while presenting bag of fish and plaque to the Commission through the Executive Director of projects, said; “we appreciate NDDC for what they have done for us in construction of these roads. We hereby present this plaque and a bag of dried fish as appreciation to NDDC for the job well done in our community because this has really gone a long way in economic access.

“We also appeal for reclamation of water front in our community at the waterside and construction of other roads. We also thank President Muhammadu Buhari for appointing our son Prof. Pondei as the Acting MD of NDDC.”