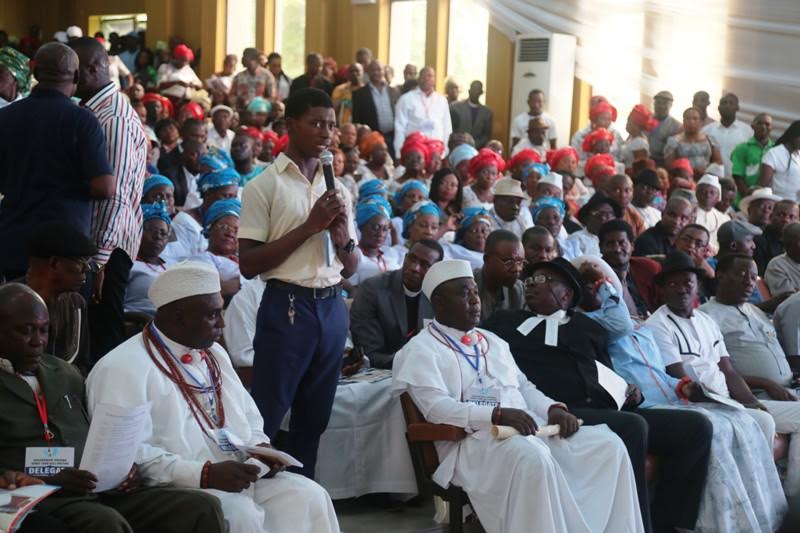 Delta State Governor, Dr. Ifeanyi Okowa has said government should not compromise on quality education for the youths.

Speaking on Wednesday, June 14, 2017 in a separate town hall meetings for the people of Uvwie and Ughelli South local government areas at the PTI Conference Centre, Effurun and Unity Hall, Otu-Jeremi respectively, Governor Okowa stated that quality education laced with proper skills will prepare the youths to be self sufficient in the future.

According to the Governor, his administration has not compromised quality education, especially, reviving of technical education to ensure that the youths are equipped for future challenges.

He disclosed that despite the fact that the state boasts of more than 1, 000 primary schools and about 500 secondary schools built by government, most of the communities in the state are still yearning for more.

While assuring the people of Uvwie that the Urhobo College will be renovated, Governor Okowa stated that from 2018, more schools would be built in the state.

“In every local government, there are roads being constructed because, we know the roads are important to the development of our people; we have taken on roads in the first two years, in the coming year, we will take on schools because, Deltans love education,” he said, adding, “we have fixed three technical colleges that are very functional and we have started to renovate the other three in the state because we know the importance of skill acquisition for the youths.”

He reiterated, “I want to urge parents to take their children to the technical schools because, apart from the skills they will acquire, the schools still offer the same subjects done by other schools, we should equip our children to face the challenges of the future.”

The Governor disclosed that the town hall meetings which will make him transverse the 25 local government areas of the state, inspect ongoing projects and commission completed ones will also provide opportunity to hold town hall meetings with the people, asserting, “in these town hall meetings, we should push away politics, it is a serious business, this is an opportunity for the people to know what we are doing, how we are managing their funds and an opportunity for our people to participate actively in government by telling us the truth, if we are doing well, the areas we need to improve on and what they need for us to build such into our programmes.”

The Governor who attended the town hall meetings accompanied by his Deputy, Barr. Kingsley Otuaro and other top political office holders stated that apart from infrastructural development in all the local government areas of the state, his administration has empowered a lot of Deltans through skill acquisition programmes.

He noted that beneficiaries of the skill acquisition programmes were trained, equipped and are being monitored and mentored to ensure that they become successful entrepreneurs.

Governor Okowa thanked Deltans for their peaceful dispositions, stating that such should be sustained for the desired development to be achieved.