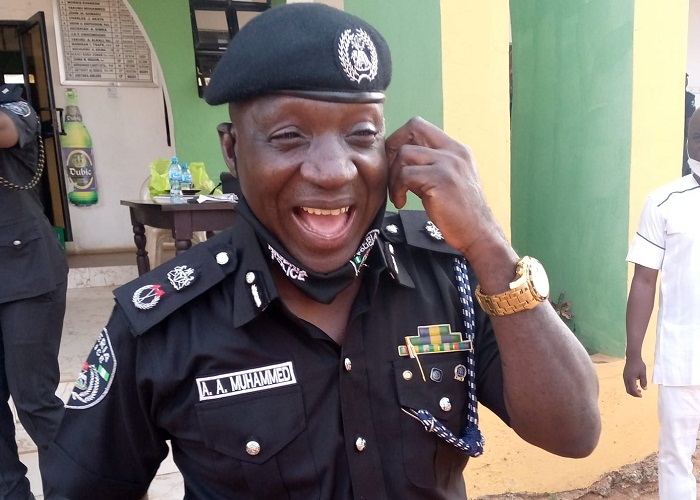 The new Commissioner of Police, Delta State Command, CP Ari Mohammed Ali has said that policing Delta State is not a tea party, thereby calling on officers and men of the Command to buckle up for the new routine of aggressive war against crime and criminality.

The CP made this assertion while holding the maiden meeting of management and officers of the Command under his watch, Monday 18th January, 2021, at the Officers’ Mess, Asaba.

The CP who affirmed that he had put in 30 years into police work, out of which he had spent 12 years in Delta earlier into his engagement before this recent deployment, insisting there would be no business as usual under him.

According to him, “I am not an arm chair CP; no officer can deceive me by cooking up stories to gain my trust. I am a workaholic and no nonsense person.

“I need business minded Police Officers to do this work with me. If you are hard-working, just know that you got me at your back. But an indolent officer I will not spare. Just know that it’s no longer business as usual, because Deltans must see us as having social contract with them for peace and security”, CP Ali posited.

However, the CP informed the officers and men about his modus operandi which must be established in the interest of executing his security master plan and achieving results.

He stated that his administration must work in synergy with the media while abhoring incivility of officers to members of the public.

He said the era of misuse of firearms was over, affirming that suspects’ human rights must be guaranteed and respected until proven otherwise in cases relating to murder, armed robbery and kidnapping; warning officers to stay away from civil cases and land matters to avoid bringing dent on the image of Police.

“We must get the people involved in our operations through community policing which is the normal practice world over. Corruption is one major challenge that has continued to negatively impact on the image of Police; most time people are disenchanted as a result of this, and we must not add to their anger and frustration. We are ready to provide the security that Deltans would be proud of”, CP Ali concluded in an interview.

It was gathered that CP Ari Mohammed Ali started his Police journey in Delta State under the then IGP Tafa Balogun as the pioneer CP of Delta Command. And having worked at various Divisions and Formations and obtaining his Master’s Degree from the Delta State University after 12 years in the State, he was then posted as a Divisional Police Officer to Bayelsa State.