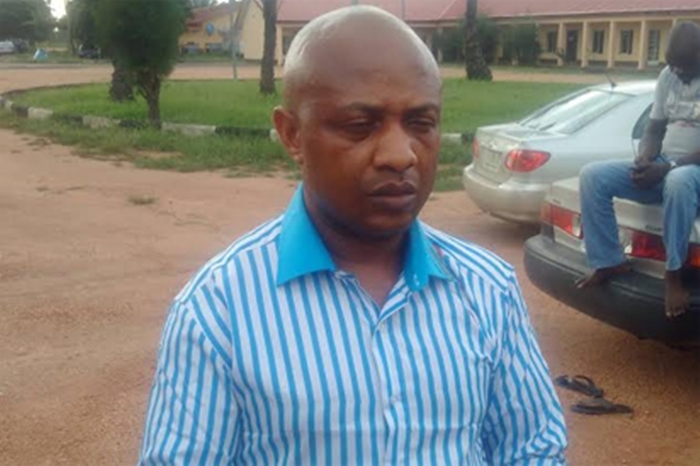 The Inspector-General’s Intelligence Response Team (IRT) led by ACP Abba Kyari on Saturday, June 10, 2017 said it has arrested Evans, a notorious and one of Nigeria’s most wanted kidnappers in Lagos state.

Kyari, who confirmed the arrest said that the suspect was arrested at his Magodo residence in Lagos.

“IRT headquarters in Abuja is celebrating the arrest of the most wanted brilliant and notorious high profile kidnapper in Nigeria.

“He has collected several billions of Naira as ransom in the last seven years as the kingpin of kidnappers.

“He was arrested at about 1.00p.m on Saturday in his residence in Magodo Estate, Lagos,” Kyari said.

He commended the Force Headquarters for mobilising the resources to go all out against the “richest and most notorious kidnapper” in the history of Nigeria.

Kyari said the Inspector-General had directed that the suspect should be paraded before newsmen on Sunday in Lagos.


Evans, a native of Anambra State, was said to have made billions over the seven years he operated his kidnapping ring.

The police had previously traced the wanted kidnapper to his hideout at Igando area of Lagos but he escaped before they arrived, abandoning a catchment of arms.

Evans and his gang, most of whom are now in police custody, had kidnapped very many wealthy business men in Lagos, Abuja, Edo, Delta among several locations.