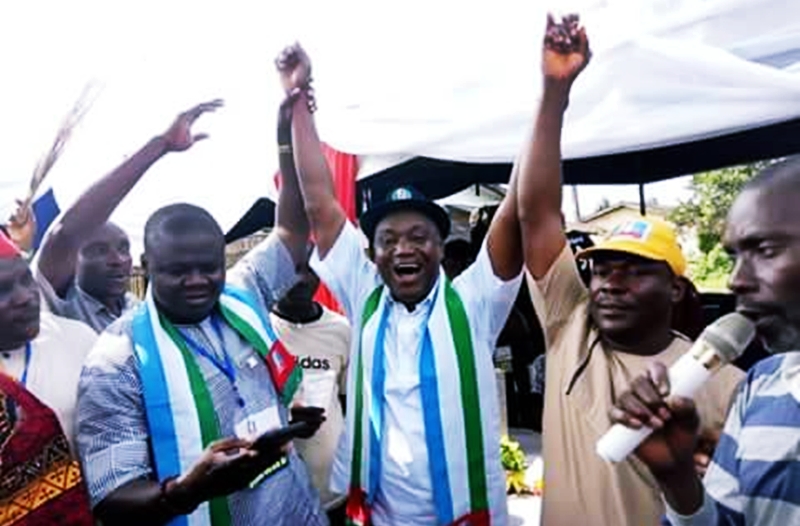 A legal practitioner, Barr. Emmanuel Pippa today emerged as the flag bearer of the All Progressives Congress, APC to represent the people of Ughelli South Constituency in the forthcoming 2019 elections.

Pippa, who contested for the party ticket against six other aspirants emerged at the APC primary election which held in Ughelli South.

Declaring Pippa winner of the primary, the Returning Officer for the contest, Comrade Ediriaka Blessing, said the exercise was peaceful, free and fair.

He added that the winner would fly the flag of the APC in the election into the Delta State House of Assembly next year, aiming to represent the Ughelli South Constituency.

In a remark, Barr Pippa, who is the 1st Member on the Board of the Nigerian Films Corporation (NFC) expressed the confidence that the APC would be victorious in the elections that will slated for next year, including the seat he would be vying for.

Pippa, who hinted of a possible APC parallel primary in the Constituency, assured that his candidacy is authentic stressing that the National Working Committee, NWC of the party did not dissolve the Executive Council of the Cyril Ogodo-led State Working Committee of the party, which conducted his primary.

“There is no where there is any declaration of the National Working Committee that has dissolved the Ogodo-led executive council in Delta state. That executive is still the only valid council, recognized by the National Working Committee. That council, led by Cyril Ogodo has today conducted the primary for the Delta State House of Assembly, Ughelli South Constituency and that election I have won convincingly.

“It is a testimony of common struggle that the APC Ughelli South has been since the year 2015. I want to thank you for not just standing by me, but by the by the Ughelli South APC. Though there may be a seeming division today, I know that the National Working Committee of the APC will rise to the occasion and ensure that the APC Delta state becomes a united branch.

“I want to thank Olorogun O’tega Emerhor (OON), for standing firmly by the party, for speaking for equity, for speaking for justice. APC must take over the Delta state government house in 2019 and the journey has started. The first place we will take over is from the House of Assembly, through Barr Pippa, who is you candidate for 2019”.