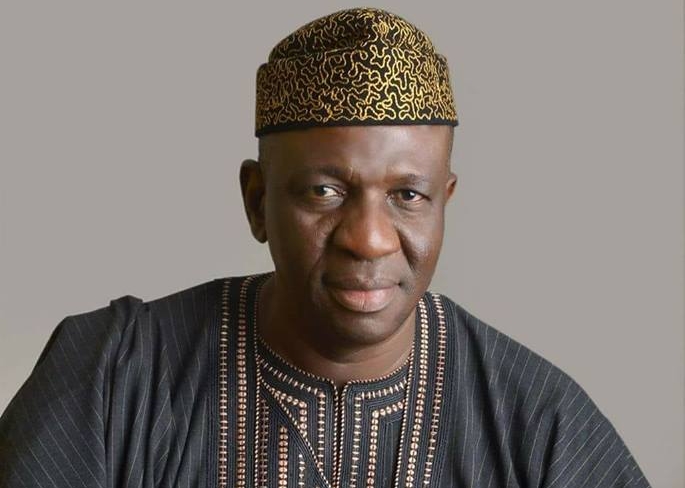 Condemnation has continued to trail Friday’s attack on the chairman of the Senate Committee on Public Accounts, Senator Matthew Urhoghide allegedly by APC youths at the Benin Airport.

The Edo state chapter of the People’s Democratic Party, PDP, is accusing the state government of master minding the attack.

A statement signed by the publicity secretary of the party, Chris Nehikhare and made available to news men said, “Edo PDP condemns in the strongest terms the display of State Sponsored Hooliganism as enacted by APC members who were kitted in black after recruitment in government house. The execution of their dastardly plan was carried out in the presence of the Governor Godwin Obaseki.

“Yesterday, Friday, April 27, 2018, Distinguished Senator Matthew Urhoghide in the presence of Governor Godwin Obaseki was attacked by APC led government sponsored thugs as he disembarked from the plane that brought him from Abuja.

“We were informed when the flight was airborne that APC thugs kitted in Black had been mobilized from government house with a mission  to invade the Benin airport and their target was Distinguished Senator Matthew Urhoghide.

“In the presence of the governor, who draws N400m monthly from the  state security vote, these thugs kitted in black by Edo state government, attacked Senator Matthew Urhoghide, a former state woman leader and our youth leader. After observing and supervising the attack, with a smirk on his face, the governor, Godwin Obaseki, climbed into his Jeep and gave a fist pump in approval and solidarity with his thugs for a mission accomplished.

While assuring that Senator Urhoghide will not be intimidated and that he will continue to carry out his his constitutional responsibilities, the PDP noted that the attack is an evidence of APC’s intolerance of opposition and an indication that the ruling party at both the state and federal levels are loosing grip.

“Senator Urhoghide cannot be cowed, intimidated or harassed. Senator Urhoghide will continue to carry out his constitutionally assigned role as a senator of the Federal Republic of Nigeria.

“This act is another evidence of the disdain and intolerance with which the APC government views the legislature and opposition voices. In their glaring failure, they exhibit executive rascality, misplaced power arrogance and obvious ignorance of constitutional rights and roles of the three arms of government.

“Arising from the ugly event at the airport, It is now obvious that the APC govt at state and federal level are fast losing grip in the act of governance. In their desperate efforts to cling on to power, they have resorted to state sponsored hooliganism.

However, the Edo state government in its reaction described the attempt of the PDP to link it with the airport attack on Senator  Urhoghide as evil and infantile.

A statement by the Special Adviser on Communication and Strategy to Governor Obaseki, Crusoe Osagie said, “It was unfortunate that the PDP in the state will attempt to drag the governor into dirty politics even after witnessing the panache the governor has brought to governance as well as his absolute commitment to the dictates of law and order.

According to him, the PDP publicity secretary “laboured to piece together flaky materials to serve as evidence in his effort to link the governor, who is already well reputed for his respect for law and order, to the incident, in contradiction to what several newspapers reported as a face-off between PDP and APC members at the Benin Airport.”

Reacting to the ugly incident Saturday morning, Senator Urhoghide described Friday’s drama at the Benin Airport as shameful as thugs removed his cap in the presence of the state Governor, Godwin Obaseki and other state actors.
According to him, “it is a shame at this time of our political development when  other nations are moving in the right direction.
what we saw yesterday asking thugs, a boy of no consequence to lay his hand on me, an elected representative of the people, a serving senator in this country. It is a shame on this country.

“The whole world is seeing it and incidentally it happened in the very presence of the State Governor, Godwin Obaseki at the Benin Airport. The Commissioner of Police was there, even including the Commander of the airport  in Benin, Air Commodore Shobande, they were there and saw everything. When a boy threw away my hat, they saw it.
I was assuming and still assuming that the Governor did not see it. It is a shame on the state that as an elected Senator, I was humiliated in the presence of the Governor.