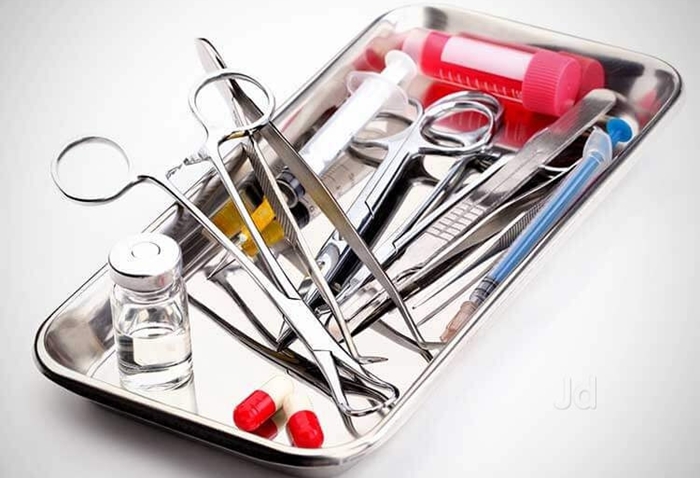 Patients as well as their relatives visiting the Ughelli Central Hospital, Ughelli North Local Government Area of Delta State, are lamenting what they termed as a geometric and unsolicited hike in medical charges in the hospital which they claim is being perpetrated by staff of the hospital in connivance with the Zonal Medical Director (ZMD), Dr. Moses Eyovwerhuvwu.

Dr. Eyovwerhuvwu, who claims to be a cleric of a new generation church, has been in the eye of series of controversies in the hospital.

The Ughelli Central Hospital is one of the health institutions under the Delta State Hospital Management Board, HMB and is the only major government hospital in Ughelli North Local Government Area and environs where services of Specialists Doctors, Physicians and Consultants can be accessed.

Though known for its outstanding services when established, findings reveal that during the time of Dr. Saghwa of blessed memory, a general surgeon, Dr. Odjegba, a gynaenocologist, Dr. Agori-Iwe, a gynaecologist, Dr. Omumu, a surgeon and the likes of Dr. Peter Obakponovwe, owner of the famous Ufor Hospital Ughelli, a general surgeon, and Dr. Kagho also a general surgeon and many others where on ground with the hospital being a beehive of activities as professional services where rendered at a minimal amount with the lives of patients being sacrosanct according to the ethics of the profession.

At that time, doctors were friendly and humane when relating with their patients, and life of patient was their utmost priority.

Unfortunately, these have eroded the hospital as what is presently obtainable is even worse than a service rendered to a condemned criminal in some of the major prisons or detention camps in Nigeria.

Dr. Eyovwerhuvwu, who prides himself as a bishop, has in previous times, been indicted by series of panels set up by the HMB to investigate various allegations leveled against him.

However, a patient who allegedly took her son to the hospital recently, narrates how she was insulted and even embarrassed by doctors and nurses on duty.

Narrating her ordeal she said: “In terms of human relation, nothing to write home about as some of the doctors in that hospital think that for one to be sick is an offence.”

Continuing she alleged that; “Even some of their nurses are worst than Jezebel. They talk to you as if you are not a human being.”

She stated that asking just a question on areas you do not understand or have fore knowledge about is an offence as you will be shouted at like a baby. “My brother I wonder if that is the kind of public relations we have in hospitals today,” she concluded.

This allegation was also corroborated by a staff of the hospital who stated that even some of them staff suffers the same thing.

The staff who spoke on condition of anonymity, said: “Even we members of staff, once you are not a doctor or a nurse, or you have retired or transferred from here, you are a nobody especially when your patient is on admission.”

Our reporter also gathered from over fifteen patients on bed during investigation and their response confirmed the earlier allegation.

An impeccable source reveals that despite the Delta State Government free maternal health care for pregnant women and children between zero to five years of age, nurses at the various wards indirectly charge their patients.

She said: “I was surprised at the children’s ward when I wanted to discharge my little daughter of ten months old, I was told to pay for cable Television and Vijumilk”.

She said it was a funny demand but said it was compulsory and she had to pay to avoid further insults and embarrassment. These she said, hundreds of patients go through every time but do not know where to channel their complaints to as the ZMD is said to be worst.

IGR, a plot to defraud the Public for selfish Gains.

Further findings reveals that in early January 2017, there was an alleged geometric increase in the prices of patient medical record card also known in the medical parlance as OPD card from N20 to N100. This was grudgingly accepted by patients who though pained, but had no option. As if that was not enough, towards the end of January 2017, the price of OPD card was increased to N200.

This reporter at that time made frantic efforts to reached the medical director, Dr. Moses Eyovwerhuvwu through text messages as he was said to live far from Ughelli town, and only replied on February 3, 2017 with an SMS saying: “Thank you for your good heart. No increase in prices, Government hospitals have unified prices approved since July 25, 2016 and no hospital in Delta State can change that, card is N100, Consultant clinic N200, consultation after official hours N200 and revisit is N100.” That was 2017 when the reporter visited the hospital to investigate an alleged hike in price.

Presently, OPD is N200 which is broken as follows; N100 for the patient card while another N100 is for IGR. But where the question comes in is that, why is it that every department or offices a patient passes through or visit in the course of seeking medical attention in the hospital, IGR must be paid after the first payment at the point of collecting the card? A question another hospital sources answered; “it is part of the corruption going on this hospital”. In furtherance, the source reveals that after official hours now, patients pay up to N300 for card and on Saturdays and Sundays patients pay N400 for collection of card.

For instance, if a patient desires to see a doctor, he or she obtains a card and depending on the patient case, he or she pays for IGR at the laboratory, at the pharmacy, at the recording department and even at the morgue. There is no where visited that IGR is not collected.

One of our source alleged that a patient might purchased drugs worth only N2, 000 but pays a whooping sum of N5, 000 as IGR. It is also alleged that it has never be the practice of the hospital for an outpatient who is on Injection to pay IGR, but the present ZMD has made it compulsory that anytime a patient visit for just injection, such patient must pay the sum of N100.

It does not matter whether a doctor attended to you on your first visit to the hospital; for example when a patient visit the hospital and perhaps did not meet a doctor on seat and the patient come back for revisit, such patient will be charged another N100 for IGR.

Though this is contrary to what Dr. Eyovwerhuvwu revealed in his text message to this reporter on February 3, 2017.

Meanwhile, an inside source confide on this Newspaper that all these charges are at the instance of the Medical Director whom the source alleged is embarking on such extortion of patients in a bid to seek and attract favour from the board and the ministry by returning lump sums of IGR which he in return gets a share from.

The source who is an insider, disclosed that patients are now finding it hard and that they are presently avoiding the hospital because of what they tagged, “no difference between private hospital and the central hospital.” They also accused doctors at the hospital of a nonchalant attitude to patients on emergency as they behave like they are being forced to do their work at the slightest provocation you referred.

A staff who confided in this Newspaper under strict condition of anonymity explained that: “Can you imagine, to stitch a common wound or an injury in this hospital, you are charged between N2,500 to N5,000. “This is abnormal,” he said.

The source further stated that the whole hospital is collapsing due to many charges in the name of IGR which the source alleged is a racket between the ZMD and those at the board.

A female staff who begged our reporter for anonymity disclosed that oxygen to revive dying patients was recently increased by 100% adding that the price was increased from N1,000 per hour to N2,000. A situation the source said many patients cannot afford and find difficult to cope with.

Other accusations leveled againt the ZMD is docile approach in allowing staff run their personal enterprise through the sales of maternity and baby items in within and around the hospital wards.

Our hospital source specifically confirmed that at the ANC (Antenatal Clinic) section where pregnant women, infants are registered and given BCG, that a particular nurse, (name withheld) has turned the place into a baby item store with an assistant whom the said female nurse used as middleman. The source reveals that pregnant women are sometime compelled to get their maternity/baby items from that point. An act the source said is against the ethics of medical profession.

The maternity ward and other wards in the hospital also partake in this fraud as nurses working in the different wards demands for dettol, Jiks, liquid soap (Mama Lemon) and other disinfectants which are really used for the purpose at which they are demanded. A source from one of the wards told this Newspaper that nurses go home with sack of Jiks, dettol, liquid soap and other demands every week. The source stated that a very small portion of all the items is used but yet, the nurses will not accept a smaller size of the above disinfectants because of their fraudulent intention.

Meanwhile, doctors in the hospitals have been described as lazy, negligent and too quick to refer patients without first examining such patients.

A lady who once took her child to the Central hospital, Ughelli and spoke to Advocate Newspaper disclosed that her child was brought to the hospital as a result of typhoid fever but said without first examining the child, the doctor on call, (name with-held) immediately referred the child to the Delta State University Teaching Hospital, Oghara. Speaking further, she said her hope was dashed as she does not even have the means of getting to Oghara, but said upon advice from others around, she took the child to a private clinic of one of the doctor’s (name withheld) and the child was admitted and treated until the child was totally healed and thet were discharged.

Others who spoke to Advocate Newspaper noted that if a patient really want to stay alive, Central hospital Ughelli is not the best place to be visited for an emergency case as only their charges will kill the patient before being attended to.

There is also an alleged drugs hoarding at the Pharmacy department where important drugs meant for expectant mothers, infants/children between zero to five years are hidden and are later sold at an expensive rate at a market known to those involved.

I am not in position to speak, go to Asaba- ZMD

Efforts to get the ZMD to speak on the series of allegations trailing the hospital was fruitless as he only responded in a terse SMS saying: “I am not officially in position to speak to you, go to Asaba.”