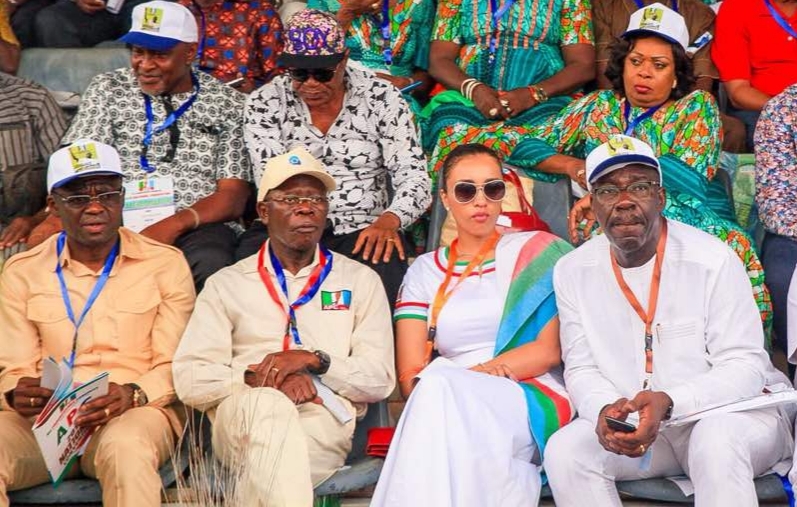 The Edo State Governor, Mr. Godwin Obaseki, has said that the emergence of the immediate past governor of the state, Comrade Adams Oshiomhole as the National Chairman of the All Progressives Congress (APC), will turbo-charge the party and its various machineries to return President Muhammadu Buhari as President come next February.

Governor Obaseki, who said this at the first elective National Convention of the APC in Abuja at the weekend, stressed that Comrade Oshiomhole’s vibrancy and experience as a negotiator, would prove instrumental in consolidating on the gains of the party in the country.

According to Obaseki, “The APC is a collection of several parties and groups that came together to form a government. Haven formed a government, we now go to the next stage of consolidating our political hold. The right person to do that at this point in time is someone who has the kind of experience like Comrade Adams Oshiomhole.”

He continued, “The meaning of that is that we have a turbo-charged party that will lead us to elections and ensure that APC remains the leading party in Nigeria.

“But more importantly, APC is now poised to change the life of Nigerians for good. This is going to turbo-charge the party; it will renew the structure and organs of the party for elections.”

On his expectations for the new chairman, he said, “I expect that as soon as comrade gets into office early next week, we are going to have a process of healing and reconciliation of aggrieved parties. But more importantly, we are going to be redefining a direction which will ensure that our president is re-elected next February.”

Comrade Oshiomhole emerged National Chairman of the APC after other aspirants for the position stepped down before the elections at the APC National Convention. He was governor for two-terms in Edo State, during which time, experts believe, he prepared the ground for the transformation of the state that Governor Godwin Obaseki administration is building on.