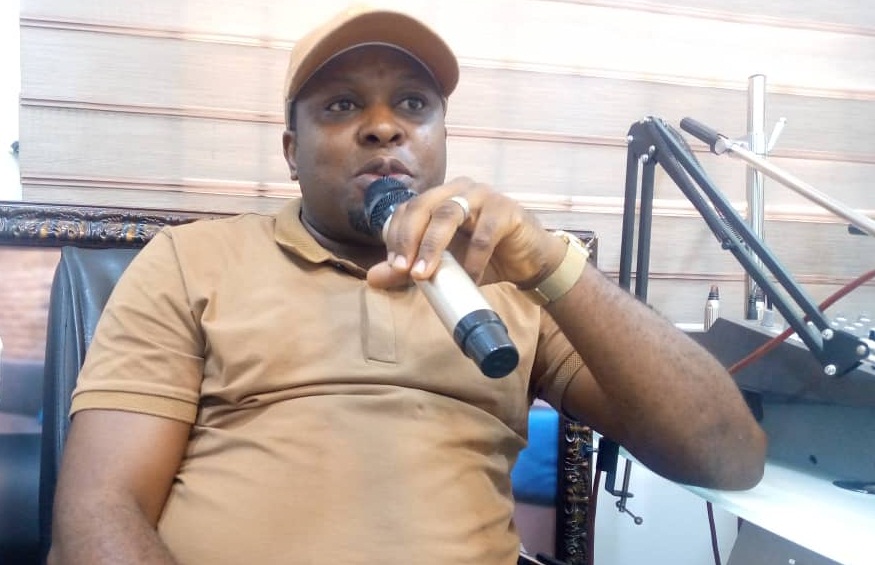 A State Assembly aspirant for Oshimili North constituency under the platform of the Peoples Democratic Party (PDP), Kenneth Agbomah on Monday, April 25, 2022 raised the alarm over orchestrated plots to prevent him from participating in the screening of aspirants on Wednesday, April 27, 2022.

Agbomah who is hopeful of representing the local government at the Delta State House of Assembly, was arrested at Illah on April 14 shortly after the election of ad-hoc delegates for next month’s party primaries.

He was transferred to the State Criminal Investigation Department (SCID) where he and his media aide, Matthew Akpala were detained till April 20, were asked to report back at the station on April 26.

Agbomah’s ordeal followed a fight that broke out as a result of alleged omission of his name from the delegates’ list, leading to an assault of a party leader in Ebu ward.

But speaking with journalists in Asaba, Agbomah distant himself from the fight, expressing fears that he might be detained again to stop him from being part of the rescheduled screening exercise.

Although, Agbomah said he was not aware of persons behind his ordeal, he maintained that the arrest and detention was politically motivated to deny him the opportunity of appearing before the PDP screening committee.

Narrating what transpired on April 14, Agbomah said he was driving to his house when he saw a leader in the ward being manhandled, adding that he stopped to intervene by separating the fight.

“The ugly incident of last week. I am aspirant for the House of Assembly seat of Oshimili North. It happened on April 14 at about 2pm. It was the time for the ad-hoc delegates’ election.

“On the way, I saw one of my supporters dragging the chairman, arguing with him. So I stopped to intervene but they were fighting. I saw one of the leaders, I was trying to separate the fight.

“The next thing was that Illah Police Division invited me and as a law abiding citizen, I honoured the invitation. From Illah, I was transferred to Asaba, State CID, where I was detained for one week before I was released. I was released on the 20th.

“To my understanding, the arrest was politically motivated to stop me from participating in the screening which was supposed to be on April 20, luckily for me, it was postponed to 27. And I am to appear again tomorrow.

“I can’t tell who is behind it. To my greatest surprise, the police did not tell me my offense, I was just arrested and dumped into the cell. I was detained with my media aide, Akpala Matthew.

“I am not a violent person, I love peace and I did not support what happened. We are all brothers, I will not support fighting.

“My supporters came because they found out that my name was removed from the ad-hoc delegates. As an aspirant, I am supposed to be entitled to one.

“I don’t know the people behind my ordeal and I don’t know why they are doing it but what I know is that it is political,” said.

Also speaking, Agbomah’s lawyer, Mr. Favour Ajuebor said it was wrong for his client to be held for the offense of another person, pointing out that they were going to institute an action against the police.

“The reason for the arrest is political to ensure he does not participate in the screening exercise. It was only a matter of providence that the exercise was postponed to 27 and he has been given a return date of 26. Only God knows what will play out, we anticipated a lot of things.

“Why that principle is now being applied, we don’t know. It only shows that something is fishy, something is wrong somewhere. An action will be commenced in shortest possible time to stop this infringement and ensure that he has the level playing ground to effectively participate in the screening,

“They are insisting that he should provide the supporters who inflicted harm on Uche, which is the condition for which he was admitted to bail, to go and provide the person or face the consequences.

“And that is the area we found very ultra vires to the position of the law, as to whether he should be vicariously held liable for the offense of another person and be answerable to that offense, it is unknown to law.

“That is the basis for which we are commencing an action with a view to restrain the police and for the police to have the opportunity to give us cogent and compelling reason for him to be held liable,” Ajuebor said.

Contacted, Public Relations Officer of the command, DSP Bright Edafe confirmed that the aspirant was arrested and granted bail, adding that he could only be detained again if he jumped bail.

Edafe therefore advised the aspirant to appear at the station on the appointed date for the police to continue investigation.

Ute-Okpu Elites Commend Governor Okowa Over Approval of 10.85km Road Project
Edevbie on Okowa: “We Will Always Be Together”
Advertisement