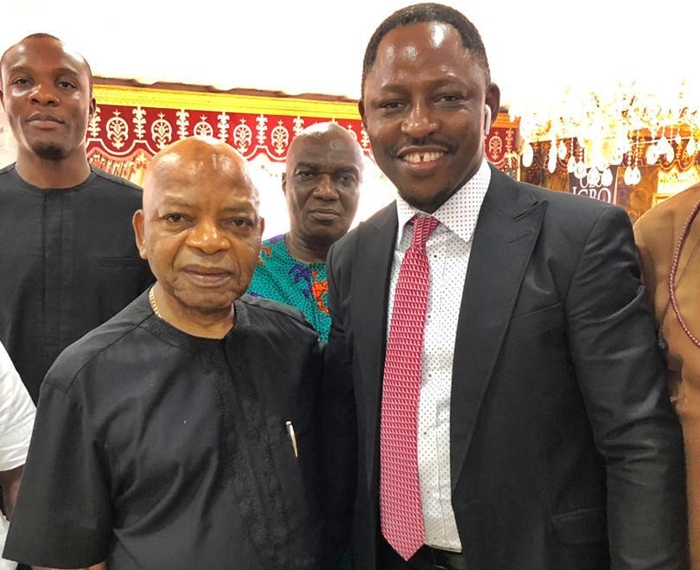 The Deputy Speaker of the Delta State House of Assembly, Rt Hon Friday Osanebi has stressed the need for a better and more united Nigeria.

The Deputy Speaker stated this in Enugu when he paid a visit to the Chairman and Chief Executive Officer, Arthur Eze Conglomerate, Chief Arthur Eze at his residence in Enugu State.

Rt Hon Osanebi stressed that there was the need for all Nigerians, especially the elites to be committed to the progress of the country irrespective of ethnicity, religion or political affiliations.

The Lawmaker stated that he was in the residence of the business mogul as a mark of respect and honor for his contributions to the development and growth of the society.

Rt Hon Osanebi said Chief Arthur Eze’s wealth of experience in the business world was a great asset to many, maintaining that upcoming generations would benefit immensely from his advice and encouragement.

The Deputy Speaker stated that the humility of Chief Eze was worthy of emulation, stressing that despite his influence and connections, he humbles himself even before all strata of the society.

In his remarks, Chief Arthur Eze commended Osanebi for his exemplary life style, disclosing that he had always read about him and his efforts towards the financial independence and true emancipation of his people.

Chief Eze also commended the Deputy Speaker for his synergies for more impactful leadership in Delta State and urged him to remain a good ambassador of the younger generation.

The Septuagenarian and Anambra-born billionaire charged the Deputy Speaker to be more people oriented, noting that he had heard much about him and his philanthropic gestures.

“I read in several publications where they refer to you as ‘Empowerment Master’. I commend your leadership and humanitarian dispositions and enjoin you to keep it up as I am indeed well pleased with it. There are lots of people that need you to grow. And by the grace of God you shall never lack as a giver never lacks”, Eze stated.

Chief Eze told Osanebi who arrived his residence in the late afternoon, that he had to suspend a meeting to receive him as a mark of the high regard that he has for the Deputy Speaker.