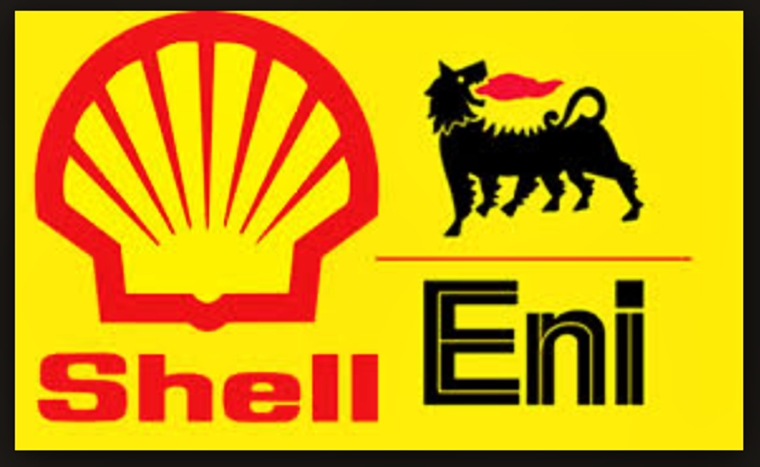 The general thrust seems to be that a current OPL 245 contract tender has been rigged for corrupt purposes benefitting Shell, ENI and certain Nigerian parties. Shell has past expertise in such matters

More information has arrived as a follow up to the information we published recently in the article “More OPL 245 corruption, continues into 2018?”

From what I know thus far, the leaked documents I am receiving now on an almost daily basis are authentic and were not previously known to OPL 245 investigators. I now have multiple insider anonymous contributors whose identity is known only to me. Frankly, I don’t know what it all means, but the information is apparently valuable to OPL 245 investigators who are trying to unravel what is going on.

The general thrust seems to be that a current OPL 245 contract tender has been rigged for corrupt purposes benefitting Shell, ENI and certain Nigerian parties. Shell has past expertise in such matters.

“It is important to let everybody understand that what Shell and ENI people are currently doing is really against the Nigerian national interest because they are increasing the price of 40% and reducing the local content requirement from 55% to 36%. The adjustments are designed to generate more funds for corrupt parties. They can do these things only if people really powerful in the Nigerian government and in the oil companies Shell and ENI are fully supporting them!! All of these corrupt people are lining their own pockets. Bumi Armada cannot comply with the provision of the local content commission letter.

As can be seen from the document dated 14 February 2018, Bumi Armada is trying to involve Saipem, under the direct pressure  of Shell Management and NAOC people in particular Massimo Insulla, for three main reasons: first for compliance reason to Nigerian local content act because Saipem owns the biggest yard in Nigeria, second for avoiding that Saipem will rise problems, third to satisfy the interest of Stefano Cao. Please attached you can find the mail used by Bumi Armada to invite Saipem the real winner!!

Published below is a screenshot extract from a local content commission letter. Main part of above text

Based on their submissions and in conjunction with the ITT requirements for Nigerian content on this package as well as NCDMB no Objection letter to NAE ref: ES/NCDMB/NAE/05/17 dated June 9, 2017, all the bidders have provisionally complied with the minimum Nigerian Content requirements for the above-subject project as prescribed for in the NOGICD Act 2010.

The bidders that have provisionally complied are therefore qualified for an award recommendation, contingent upon to the satisfaction of the Board prior to contract award:

The whistleblower has asked me to draw the attention of our readers to the content of the following article. I do not know who published it.

A social crusader group, the Grassroot Movement Against Corruption (GMAC) has called on President Muhammadu Buhari to immediately direct the Economic and Financial Crime Commission (EFCC), the National Security Adviser and Directorate of State Security (DSS) to beam their searchlights on the alleged $2 Billion corruption scandal in the award of OPL 245 Zabazaba  Agip/Shell JV Project.

The group in an open letter to the President accused Agip and Shell of planning to work against the re-election of President Buhari in 2019, saying that the two companies have no reason to award the OPL 245 Zabazaba Project to Bumi Armada Berhad (BAB), the highest bidder for the job.

“Mr. President, this should not be allowed as it will rubbish the fight against corruption of your government. This $2 Billion fraud that is being spearheaded by Agip and Shell is to fight against the re-election of the President in 2019. We know that the President is not aware of this sudden manipulation by the two giant oil companies that are not pleased with your fight against corruption, hence we are imploring you to direct the EFCC, DSS and National Security Adviser to investigate this unholy act of the two oil giants,” GMAC stated.

“Mr. President, this extra $2 Billion bribe is to be given to a well known Nigerian and former Petroleum Minister whose nephew is linked to Bumi Armada Berhad. This fraud money is to be used against the re-election of Mr. President in 2019”, the group added.

According to the group also; “The corruption scandal of $2 Billion if allowed to see the light of the day will dent the image of the administration of Mr. President and it will be an international disgrace to the Nigerian Government. The two oil companies are out to use the difference of the award amount ($2 Billion) to fund the 2019 election against the President”.

“The two companies must be questioned on why are they giving the job to the highest bidder. People around the President should investigate this wide scale fraud because it is a big embarrassment to the Nigerian Government. These two oil giants are out to sponsor the 2019 election against the President with the extra $2 Billion. This sudden change of the award of the contract by the two companies to the highest  bidder should not be tolerated. Those at the helm of affairs of these companies must be brought to book. The Nigerian Government should urgently invite the Managing Director of Agip for questioning over this manipulation. Those around the President, if they love him and wants him to succeed in his fight against corruption must act fast to investigate the activities of the two companies regarding the award of the Zabazaba Project. Those to carry out the investigation may not necessarily wait for a directive from the President before they act, delay on the matter should be avoided because the two companies are very smart and so they must be investigated quickly”.

They are awarding to Bumi Armada Berhad to pay somebody and nobody in Nigeria, in Italy, in Saipem is saying anything. If this is allowed to take place under the current administration, then the fight against corruption is useless”.

“Our investigation also revealed that in a letter dated August 30, 2017 by the Executive Secretary of Nigerian Content Development & Monitoring Board to the Managing Director, Nigerian Agip Exploration Ltd, clearly stated the bidders that have provisionally complied are therefore qualified for an award recommendation, contingent upon to the satisfaction of the Board prior to contract award”.

Finally, I note that interesting related comments have been posted onto the article:“More OPL 245 corruption, continues into 2018?”

Reading the papers is clear that there is something wrong:
– The offer of Bumi Armada is the 40% higher than the saipem one;
– The local content % is really low in the Bumi Armada offer the 36% versus the 55% of the saipem offer, not respecting the Nigerian local content act
It is clear that the Nigerian Government people are not acting in the interest of Nigeria! Increasing of Costs and Less work for Nigerian people!!!
And the worst is that everything is happening after a not acceptable delay for the whole project!!! Could be that everything is justified to reach an equilibrium of personal interests of Shell, Agip and Nigerian Government People. I hope we will understand!!

I read carefully everything I would like to underline that it is not reasonable that eni wrote that saipem did not provided the guarantee because Saipem is under control of the Italian Government and the eni itself!!! Then it is easy to stop Saipem banking capacity!! One question why the Saipem CEO didn’t react with the main shareholders?

Chukwumah Philip Ugbomah: The Profile of A Daring Reformer
The Best Employed Man Is One Working For Himself, Not Waiting For A Payroll -Ugbomah