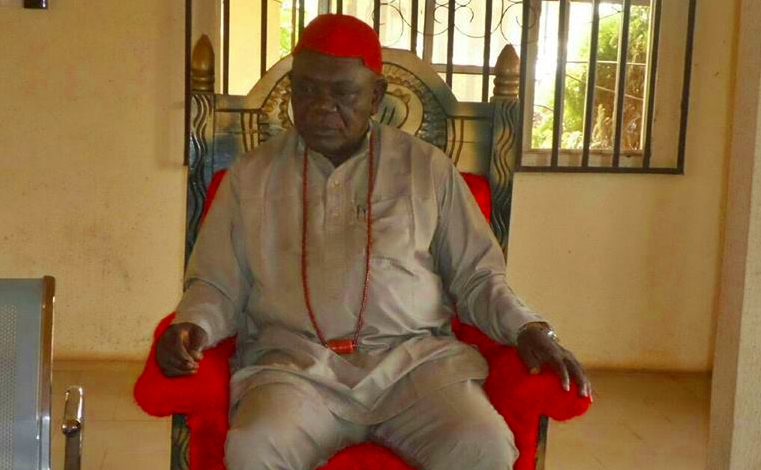 …Dissociates Self From Statement Signed By Chiefs

The Omu of Okpanam and Anioma, HRM Obi Martha Dunkwu has congratulated the Ugoani of Okpanam community, HRM Michael Mbanefo Ogbolu on his recent award of Honorary Doctorate Degree of Arts in Peace, Conflict Resolution and Community Development by the European-American University, Commonwealth of Dominica, African Regional Operations.

According to Omu, “The award is a good one, being that the recipient is a renowned labour leader who must have made achievements in peace and conflict resolutions.

It’s our desire in Okpanam that this award will spur our Ugoani to doing more in peace building and conflict resolutions in the community and beyond, as evidence of what he was seen to have accomplished at the Union level, which orchestrated the award in the first instance.

I as the Mother of the Community, the spiritual guide to the community and the traditional ruler, leader of the women, custodian of the markets, custodian of Nze Omu shrine (staff of office of the Omu), hereby congratulate our king for this Honorary Doctorate Award”, Omu said.

Furthermore, Omu Martha Dunkwu dissociated herself from an earlier statement purportedly signed by the Chiefs of Okpanam where her name was included, stating that there was never a time she attended any meeting with the chiefs and signed a congratulatory statement to Ugaoni.

The highly cerebral Omu Anioma, however, prayed for God’s wisdom and sound mind to continue to be with Ugoani Ogbolu for the leadership of Okpanam. She also prayed that the honour done him by the University would be maximized for the progressive benefit of Okpanam and humanity at large.