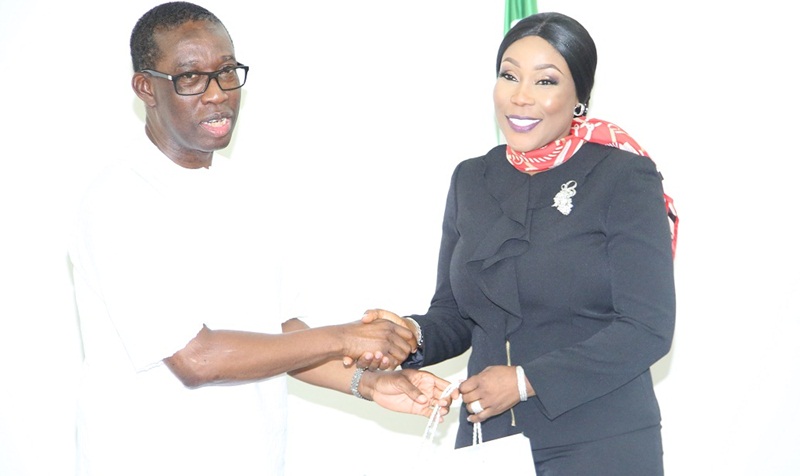 The governor made the call Thursday, March 21, 2019 when the Director General of National Agency for the Prohibition of Trafficking in Persons (NAPTIP), Dame Julie Okah-Donli paid him a courtesy visit in Asaba.

According to the governor,  “we are very disturbed with the number of persons involved in irregular migration; most of them travel oversee because they have been told stories how rosy it is out there and in most cases, these persons find themselves in countries where their economies are not better than that of Nigeria.”

“Security Agencies should look out for those who are carrying out the deceitful messages, they may be operating as cartels or what do you call it? When they stop deceiving people, irregular migration will reduce,” the governor said.

He added, “as a state government, we will carry out enlightenment campaigns because, if you do not take enough time to get our people properly informed, they will enter wrong hands.”

“We have a lot of youth engagement programmes, training and empowering our youths but, it is unfortunate that number of people who want to seek greener pastures abroad is still high; we want to appreciate you, NAPTIP for what you are doing, we want to assure you of our cooperation for irregular migration to be reduced,” Governor Okowa stated.

Earlier, Dame Okah-Donli had in an address, said, “the problem of human trafficking and irregular migration have become of great national concern, especially with the large number of Nigerians trapped in sexual and labour exploitation in various African and European countries, apart from the hundreds that continue to die in the Sahara desert and the Mediterranean sea.”

She stated that she was in Asaba to seek the assistance of the Delta State government to curb the twin menace of human trafficking and irregular migration.