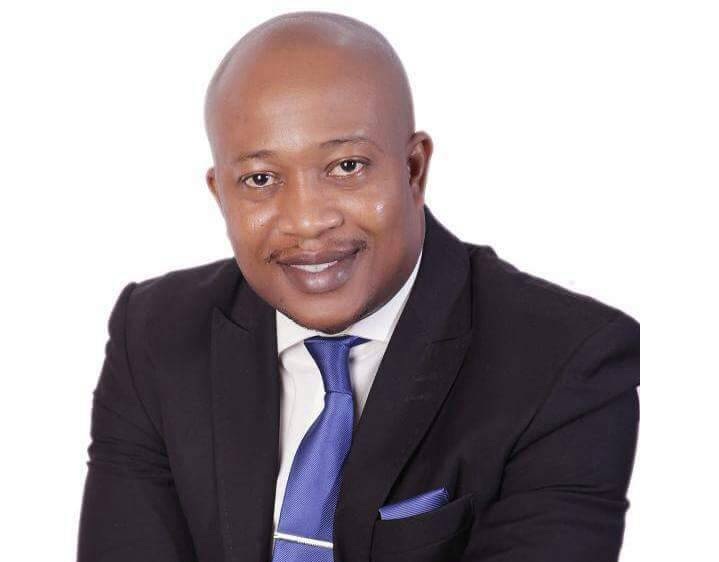 Dr. Micheal Nwoko has lauded his Excellency, Sen. Dr. Ifeanyi Arthur Okowa for having the strong political will to sponsor the bill Establishing the Delta State Contributory Health Commission, describing it as a bold, giant and right step in the right direction as regards the health sector of the State.

The Special Assistant (Special Duties) to the governor conveyed his commendation during a programme on Delta Television, DBS Asaba, ‘Matters of the Moment with Ruke Edjeren’, where he proffered answers to a whole lot questions bothering on the Delta State Contributory Health Commission.

According to Nwoko, just in about one year, a lot has been achieved in the commission and this was made possible with the careful selection of men and women of impeccable character by the Governor to pilot the affairs of the Commission.

He said in January 2017, the commission began the modified free maternal and Child Health (Children ages 0-5) health care program in the State, which runs across all secondary health care facilities in the State.

While the registration of the formal sector of the organized private sector began in march 2017 and also the formal sector public Servants which began in August 2017. He stated that so far, over 6000 workers and their dependant have been registered, and they have validated their data and allocated to hospitals and also collected their identity cards.

He also stated that over 138,000 pregnant women and children under the age of five(5), have so far been recorded as well, while about 1500 widows out of the 5200 selected from each LGA have also been registered.

The S.A. further stated that in July 2017, all public servants were registered through the Hackabellar registration, and deductions started in August 2017. He also said that, worker’s were informed through a circular from the Head of Service (HOS), to go and validate their information’s as well as select healthcare facilities at the various DSCHC registration points.

According to him, three centres have been set up for registration, and these centres are; The Commission’s office at number 10 DBS road, the Project e-Delta office at the state Secretariat and NECAB office at Nnebisi Road.

He also said the Commission has expanded their cope by extending to the various Local Government Areas in the State so as to capture those at the LGAs as well as the primary health care facilities in the LGAs, according to him, about 300 field officers along with 50 DSCHC Laison officers are already at the LGAs, registering enrollees.

He also stated that, arrangements have mapped out to capture secondary and tertiary education Institutions in the state. All of these he said is being done in order to actualise the overall objectives of the commission.

Explaining further, Dr. Nwoko stated that, by the Law establishing the commission, that the scheme is mandatory for all residents of Delta State. He said the scheme is expected to take care of a man and the wife, with four children from one woman.

When asked by the moderator, what happens if both the man; that is, the husband and the wife are both public servants, and salaries of both are being deducted, Dr. Nwoko responded by saying that when such happens, the couple will decide on who will be the principal enrollee and a letter should be sent to the Head of Service, to stop the deductions of the other person. The HOS will then forward same to the payroll Center for necessary action.

According to the moderator, “the aim of his Excellency setting up the commission is to be at pal with the federal government’s National Health Insurance Scheme,(NHIS) which has been judged by many to be successful, but he said some persons have observed that some Doctor’s and hospitals still request for ten percent, while some other’s say they can only provide consultation and not medication, he then asked to find out if 1st, the commission was aware of it and what they were doing to sanction such hospitals?

Responding, Dr. Nwoko said, the Delta State contributory health scheme is being misconstrued with that of the Federal Government National health Insurance scheme, (NHIS) which is applicable to Federal Civil Servants and Uniform personnel’s, but optional for State government workers.

He stated that for NHIS, enrollees contribute 1.75% of their consolidated earnings while the federal government contributed 3.50% making it total equity contribution of 5.25%.

While for Delta State contributory health scheme, the enrollees contributes 1.75% of gross total earning monthly, while the state government contributes another 1.75% to make up the equity contribution.

He noted that at the moment, most States are trying to adopt the Delta state model.

He said the commission was setting up a 247 Call centre, where complaints can be reported. He noted that a holistic approach was adopted in setting up the health care plan, and the idea is to provide an accessible, affordable and a sustainable health care scheme for all Deltans and residents of Delta State.