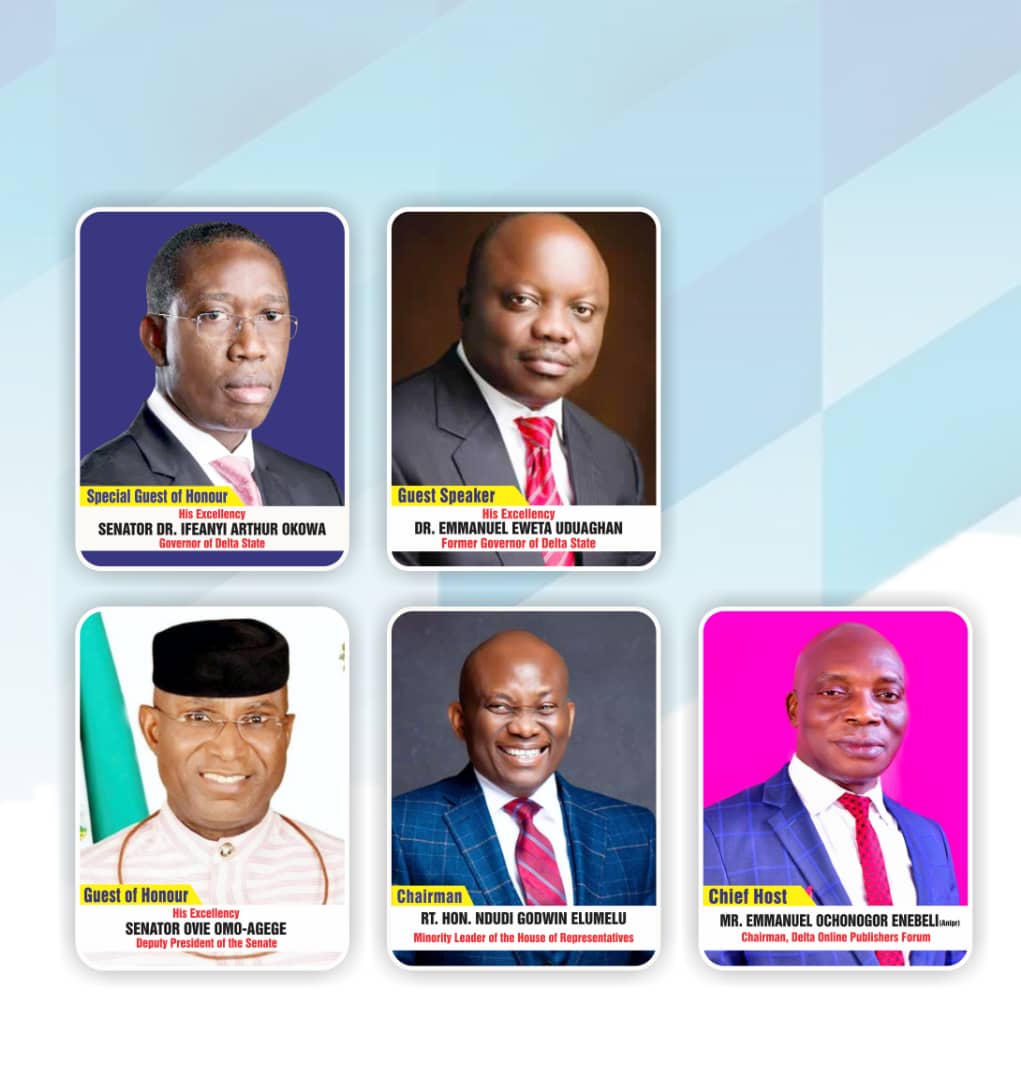 In a Statement by the Chairman of the Convention Planning Committee, Dcn. Chijioke Williams Ugbolue, Secretary, Mr. Miracle Enuji, Governor Okowa is expected to be the Special Guest of Honour at the event.

The event slated to hold on Thursday, October 21, 2021, at the Banquet hall of Orchid Hotels and Conference Centre, Asaba, will commence by 11am.

The occasion which will also be attended by the Deputy Senate President, Senator Ovie Omo-Agege as the Guest of Honour, will be chaired by the Minority Leader of the House of Representatives, Rt. Hon. Ndudi Elumelu.

According to the organisers, the Convention will feature a Lecture, which is the Forum’s third installment in their annual lecture series.

The immediate past Governor of Delta State, Dr. Emmanuel Uduaghan has been scheduled as the Guest Speaker for this year’s DOPF annual lecture and will be speaking on the theme, ‘Niger Delta Economy: Building A New Face For The Region.’

Also expected at the Convention as a Guest of Honour, is the Interim Administrator/Chief Executive of the Niger Delta Development Commission, NDDC, Mr. Efiong Akwa.