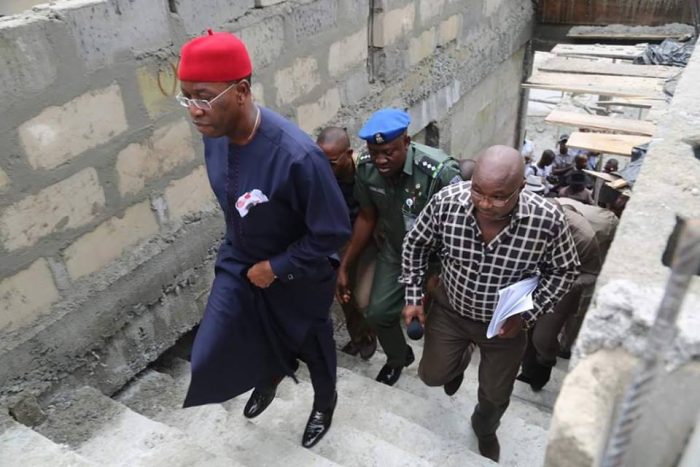 The governor who was represented by the state commissioner for works, Chief James Augoye gave a week ultimatum to contractors handling its various projects to mobilize to site and commence work to avert sanctions.

He said that the state government was not happy with the pace and standard of some projects under execution especially after mobilisation by the erring contractors financially without seeing the impact of the projects.

He noted that the State Governor, Senator Ifeanyi Okowa, was not happy with the pace of some projects after mobilizing the contractors will no longer be tolerated by the government, with a warning that any contractor who fails to commence operation at its projects site on Monday, next week would be sanctioned.

Chief Augoye queried the contractor handing the Onyeloni 263m street, Iyiatu 771m street and four other road projects in Kwale for poor performance and threatened to sanction if it fails to mobilize and commence operation on Monday next week latest.

ALSO READ:  Extortion Of Private School Owners In Delta State, Untrue - Ezewu
For advert placement, publication of news content, articles, videos or any other news worthy materials on this Website, kindly send mail to asabametro@gmail.com.
Continue Reading
Advertisement
You may also like...