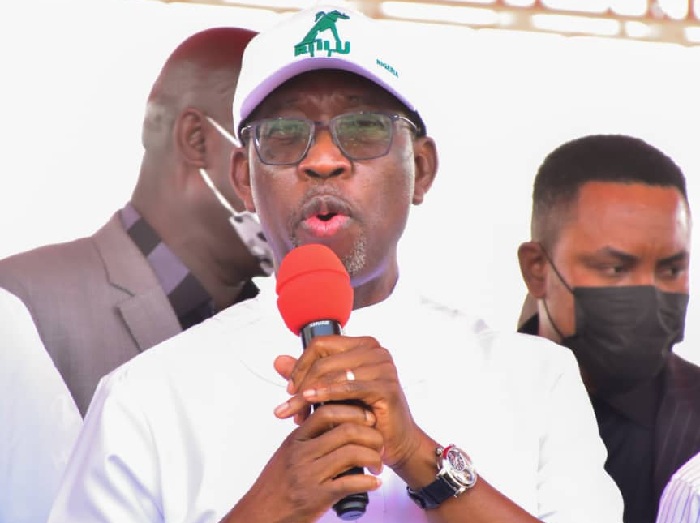 The politics of endorsement, particularly in the Nigerian political environment, is quite interesting and also amazingly intriguing, especially in its entire procedural nomenclature and the subsequent metamorphic effect it will have on the complexion and fortunes of a political party.

Sometimes it works out fine and the endorsed candidate coasts home to a landslide victory in the primaries and most importantly in the main general elections. Some other times the opposite is the case and a candidate who has been manipulated to emerge in the primaries and is foisted on the party with impunity, eventually fails at the general election.

In fact, sometimes even an aspirant who appears to have been endorsed by a godfather and his caucus in a political party, will soon come to grief when the real leaders and members, who indeed are the real owners of the party, decide to resist the impunity of dictatorial and autocratic endorsement, by supporting another aspirant who is a true, loyal, committed, popular and beloved party man or woman, to win the primary election.

Such a candidate, who enjoys the support of the members of the party, always wins the general election because the entire party is behind him and will go to great lengths to deliver him in the main election.

In other words, the entire membership of a political party, also known as the Congress of the party, is the most important and deciding factor in ensuring the success or failure of any aspirant, even if his endorsement is by the leader or one of the leaders of the party. When, however, there is a conflict of interests, the aspirants are allowed to go into a primary election, which encourages healthy competition.

Whoever emerges at the end of the exercise thus enjoys the support of the other contestants and works together to win the main election, like one big, united family, except, of course, those who are bent on pursuing and accomplishing their political ambitions under another platform.

This is even more so in the politics of Delta State as many Deltans who have followed and studied our politics objectively, will confirm. In Delta PDP, for example, ‘The Party is Supreme’. That is the proud slogan that has guided and united the PDP through the thick and thin of its joyful and troubled days and served as the unquestionable hallmark and motivating principle, which has galvanized the party and continues to drive the party powerfully, from victory to more victory in every election cycle, and consolidate the Electoral fact that “Delta is PDP and PDP is Delta.”

Chief James Ibori, the Odidigboigbo of the universe learned this in 2007, when it became obvious that very powerful interests in the party were bent on contesting the governorship primary, set up and empowered several decoys some of who even became top cabinet members at that time, and are even in this season’s race and allowed everyone to contest in a free and fair primary, even as he kept his gun powder dry and ready for the big moment.

Of course, he understood that all the major aspirants were distinguished, very popular and loyal party men who had contributed immensely to the growth, fortunes, and successes of the party and his administration, so he got the key members and structures of the party behind him to pick one from amongst the list of these very capable and excellent aspirants, because only one person can be the flag bearer in the interest of the party and the State, and the rest, as they say, is history.

Dr. Emmanuel Eweta Uduaghan is a brilliant lawn tennis player but there is also this widely held belief and conviction, that he is even a more accomplished Squash player, when it comes to the game of racquets. Yet in the run-up to the 2014 PDP primaries, the 3 point Agenda and ‘Delta without Oil’ proponent, committed two unforced electoral errors, quite uncharacteristic of his famed and greatly admired political brinkmanship.

First, he got entangled in a Senatorial contest in which, unfortunately, he either misjudged or deliberately neglected all the warning signals from the party and became rather complacent at the expense of chasing his own dream in favour of an unnecessary power show against his own party.

Secondly and most damaging for him was that he opted to throw his weight behind a beloved and quite accomplished administrator, who, unfortunately, operated quite robustly yet peripherally on the fringes of core party activities, in a contest which had amongst the aspirants, the man, Senator, Dr. Ifeanyi Arthur Okowa, arguably regarded as most brilliant, articulate, strategically superior, loved and beloved completely with undiluted passion and collective acceptance across the party.

The matter became worse when a motley crowd of noisy, unserious pretenders, most of whom have since decamped to other political parties, jumped on the then governor’s bandwagon, and when it became clear that the party would always stand solidly behind its own, especially when faced with the impunity of imposition, Governor Uduaghan committed a double fault by springing a naive and even less popular greenhorn, who was touted as the ‘godfather’s’ anointed political godson.

Of course, the party won in the end and proceeded to sweep the general elections in an unprecedented landslide, achieved with a candidate who was a core party man with scars and bruises to prove it; a brilliant leader with unwavering loyalty, unshakable commitment, and unparalleled dignity and integrity in his identity and DNA, as a PDP faithful and a Pan-Delta candidate.

Interestingly, if ever there was a serious political party that has a proper reward system for those who have served the party faithfully and are willing to be patient, focused, and dedicated to the service of the party, then that party is PDP. Except for those with vaunting ambition, or those who want to place personal, individual ambition above party well being or even those who are not willing to be patient and bide their time, the PDP has always rewarded its faithful, loyal, and committed members from Ward, to Council and State and National levels, once the opportunities emerge.

Even aspirants, who contest primaries with winning candidates have been consistently rewarded at all levels, either by appointments at various levels or as candidates in bye-elections. The records and results are there for all to see and the beneficiaries are very visible and active. PDP always rewards its own in the fullness of time.

That is why it’s actually laughable to read some hilarious, kindergarten comments that Governor Okowa has promised so many people the 2023 Governorship ticket and has disappointed them, therefore they should seek to fulfill their political ambitions elsewhere. In fact, do the people who write infantile stuff like this actually think they are talking to kids?

The Movement for Stronger Delta can state categorically without fear or favour that Governor Ifeanyi Okowa, the Ekwueme himself, as astute and thoroughly grounded in politics, as he is, will be the last person to promise anyone that he will hand over to them, or even endorse anyone publicly for that matter, until the party has taken a stand on that person.

Governor Okowa is a team player of the highest order and any Deltan who even believes he would do such a thing, after seeing photos and reading about the several caucus meetings held in Government House, Asaba by the leaders of the party, especially in a Party like PDP, where “Party is Supreme” and decisions are taken by leaders from all the zones and interests, is either listening to the wrong people or has just arrived Delta from another State.

Even the great Odidigboigbo himself, Chief James Ibori, knows that Governor Okowa will always do the right thing for the Party and for Deltans, when he extolled the sterling leadership quality of the Governor, during the Delta Central Senatorial campaign launch of Chief Ighoyota Amori’s (Odidimadi of Africa) bid, when he said that he has no doubt in the capacity of Okowa, to manage the transition process, admitting that politics sometimes is wider and poses challenges to whoever is managing it.

Chief Ibori said: “Our governor, Senator Ifeanyi Arthur Okowa, is a man with the intellect, sound reasoning, and judgment. [He has] The capacity, the knowledge of the politics of the State and credibility to manage the transition at all levels; Local government, House of Assembly, House of Representatives, the Senate and the Governorship. I have no doubt whatsoever in my mind.

“All we need to do is to pray for him and advise him. Let God give him the wisdom to manage a rancor-free process in PDP and I have no doubt in my mind that he will do it successfully by the grace of God”. And the people said a resounding “Ameeeeeen” to Chief James Ibori’s beautiful prayer.

So, let no one deceive or mislead Deltans with the sweet-sounding gossip that Governor Okowa has endorsed him or even promised to hand over to the battalion of aspirants who have been mentioned, some of whom have been spreading such provocative, unsubstantiated comments, claiming to have been informed by “inside sources”, especially on social media.

Let it be known, for those who already didn’t know and those who know yet are trying very hard to deceive Deltans, that in the PDP, Party is Supreme and the party will always provide a level playing field for everyone who is interested and has ample capacity, to contest. In fact, the PDP has started selling Nomination and Expression of Interest Forms and there is no report anywhere that anyone has been denied from purchasing the forms because the party has endorsed one candidate.

Again, the newly signed Electoral Act, by the latest ruling of Justice Evelyn Anyadike of the Abia State Federal High Court has made the issue of delegates even more important than endorsement in the forthcoming primaries across all the political parties, and instead of claiming false endorsements and spreading unsubstantiated news about people who have been promised the governorship and all what not, the aspirants should instead concentrate more on how to meet and convince Delegates to vote for them.

We want to state it loud and clear for one and all, that Governor Ifeanyi Okowa, the ‘Ekwueme gburugburu’, has not and will never endorse any aspirant publicly. But like every leader before him and even leaders with him in the party now, he also has the unquestionable right, which nobody can deny him, to have his preferences, and also has only one vote too which he will exercise at the appropriate time.

Politics they say, is a game of numbers and PDP has pledged to deliver free and fair primary for all the aspirants including those who have been identified with some very prominent leaders, elder statesmen, and ‘godfathers’ of the Party from all the Senatorial zones. The point is that sometimes you win and sometimes you lose, but it is the party that decides not the individual, and ‘las las’ as the Delta parlance will say, only one person can win and after all said and done, the party is Supreme.

This is the critical message to all aspirants and party members from the Movement for Stronger Delta, MSD as the primaries approach and this, as far as we are concerned is and should be the SIMPLE Agenda in our collective effort to ensure and consolidate a #Stronger Delta for all Deltans.