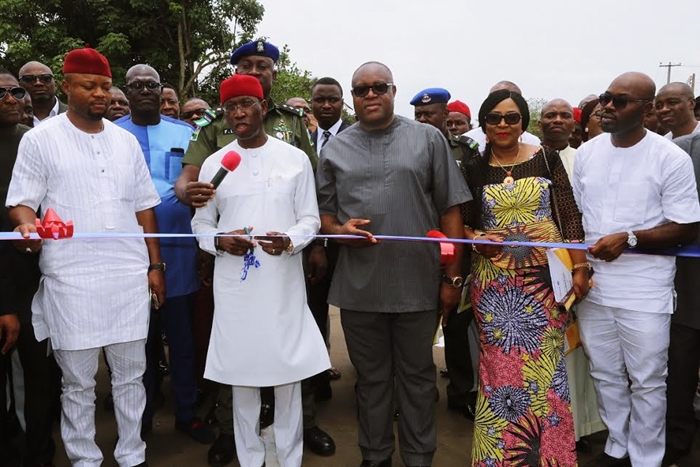 Commissioning the road, Governor Okowa called on well-to-do individuals and communities to engage in self-help projects and provision of amenities, noting that government will not shy away from its responsibilities.

“We will talk to more Deltans that it is the best to share with your community rather than restricting your wealth to your family alone,” Okowa emphasised.

Speaking further, the Governor informed the gathering that his administration is passionately engaged in massive construction of roads across the state, stating that the Idumuje-Ugboko/Idumuje-Unor road has been approved for construction.

He commended the Chairman, Rainoil Limited, Mr. Gabriel Ogbechie for his numerous contributions to the growth of his community, noting that his administration was not discriminating in the spread of amenities in the state.

In his welcome address, Mr. Ogbechie stated that the road was constructed as part of activities lined up to celebrate the 20th anniversary of Rainoil Limited, assuring that the company was committed to meeting with its Corporate Social Responsibilities.

Rainoil Limited is a household name in Asaba, which has efficiently served the capital city of Delta with high quality refined petroleum products.

It has over 25 filling stations in Nigeria with over 600 hundred staff and has its biggest tank farm in Oghara Delta State.