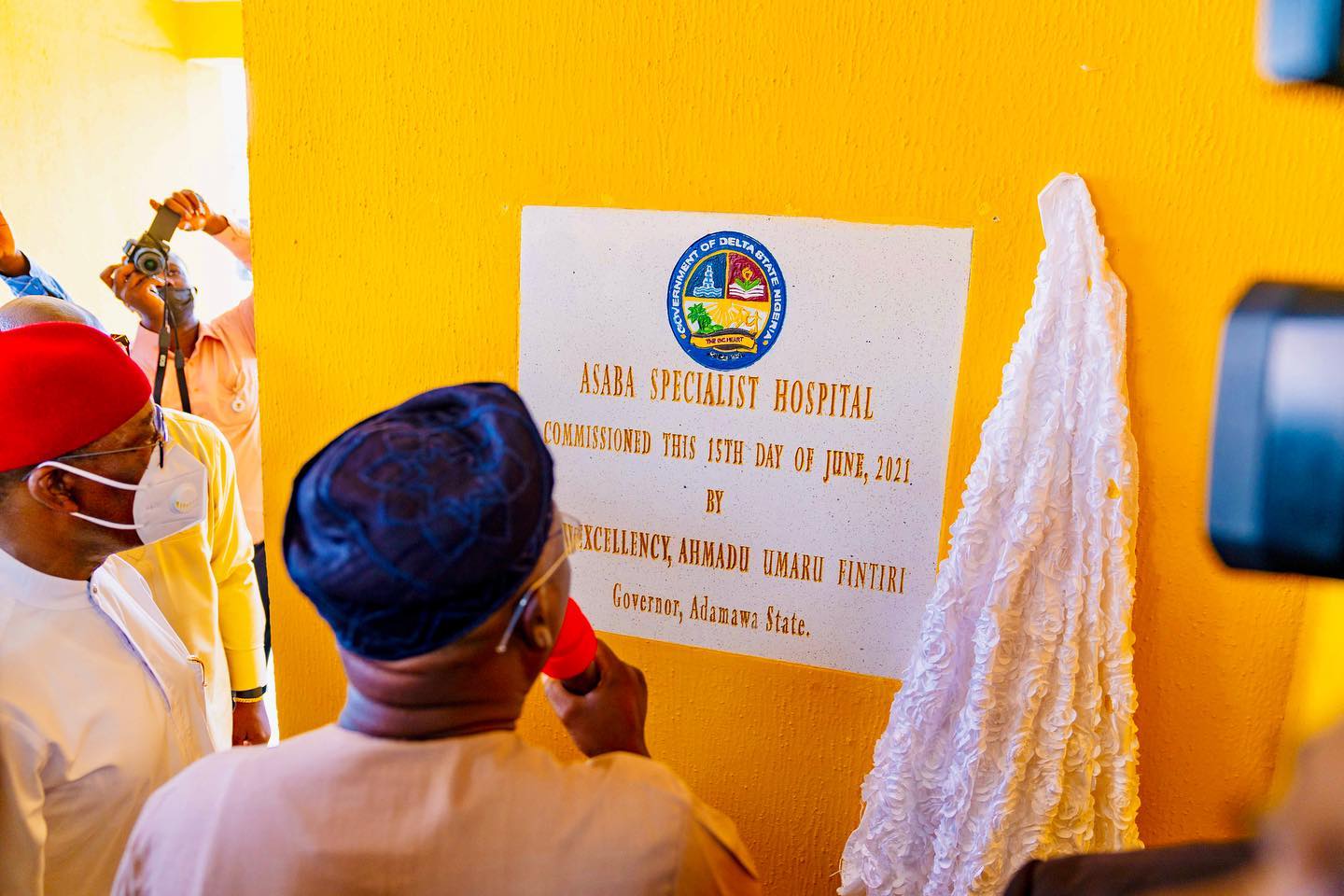 Delta State Governor, Senator Ifeanyi Okowa has called on the Federal Government to fully operationalise the National Health Act to curb the high rate of maternal and neonatal mortality in the country.

Okowa made the call at the inauguration of Asaba Specialist Hospital, Tuesday, June 15, 2021, which was performed by his Adamawa counterpart, Alhaji Ahmadu Fintiri, in Asaba.

He commended President Muhammadu Buhari for operationalising the National Health Act, but remarked that it was being implemented in part contrary to the full content and letters of the Act as passed by the National Assembly.

According to him, when fully operationalised, half of the funds would be utilised in providing free treatment to the vulnerable group thereby reducing prevailing high maternal and neonatal mortality rate which has become an embarrassment to the country.

The governor disclosed that in Delta, his administration, in 2017, operationalised its Contributory Health Commission Law, “and realising that most of our women are unable to pay we decided that we will pay the premium for all pregnant women and children under the age of five years.

“This we have been doing in the last four and half years and we are aware of the impact it has made in society.

“I believe that it is something doable in the entire country because when the National Health Act is fully operationalised, many children will be able to access free healthcare.

“I call on the Federal Government to ensure that all funds as contained in the National Health Act is fully released and 50 per cent will go to the vulnerable, which includes the pregnant women and children under five years.”

He stated that part of the Asaba Specialist Hospital was operating under a Public-Private-Partnership (PPP) arrangement for efficiency.

“Apart from being a big hospital, we are also in partnership with the private sector in parts of the operations of this hospital.

“This will enable us to offer services that the government may not efficiently run directly and that is why the radiology unit of this hospital has been out-sourced.

“Today, we have a 125-slide CT-Scan, a digital fluoroscopy X-ray and 4D ultrasound, all functional in this hospital. It also has its own oxygen-generating plant that is functional and reticulated to all the wards in the hospital.

“Beyond the 220 beds, a segment of the hospital was actually given to the 05 Initiative, an initiative of the First Lady of the State; she mobilised private sector funds to equip the centre.

“As of today, it’s only one centre in Lagos that can truly boast of the facilities that we have in the Sickle Cell centre here.

“We have several consultants in different fields and we are still looking for more consultants so that we do not need to transfer any patient out of here on referral,” the governor added.

Inaugurating the hospital, Fintiri commended Governor Okowa for demonstrating great leadership traits which had culminated to numerous projects being inaugurated across the state.

“I have seen a transformed Asaba which also rekindles my heart for the country and gives me a more compelling reason to pray for more concessions of responsibilities and resources to the sub-national units of our federation.

“At this time that our nation is at a crossroad, we need to rethink our federalism. No doubt, we have concerns and agitations, but none is insurmountable if only we can have the right leadership with the courage to tinker the structural federalism to do just a little at devolving more power to the states.

“I am convinced that the centre is holding on to so many responsibilities that can best be handled by the states. What I am saying in essence is that there is a need for constitutional review to devolve more powers and resources to the states.

“When we move the powers, let us also move away the resources that the Federal Government controls back to the states, so that we can see real development in place.

“The projects I have seen in Delta, which include this Specialist Hospital being inaugurated today, are clear testimony that with more devolution of responsibilities and resources to states, so much can be done.

“Concerns can be addressed, nerves can be calmed and a great country that works for everyone will be possible and the economy will strive better,” he stated.

Earlier in his welcome address, Permanent Secretary, Ministry of Health, Dr Ejiro Ogheneaga, had said that the inauguration of the hospital was an actualisation of the healthcare component in the stronger Delta agenda of the Okowa administration.

He stated that the hospital was designed to offer tertiary healthcare services and serve as a referral centre for secondary and primary healthcare facilities within and outside Delta.

He said that the facility contributed immensely as the largest isolation and treatment centre at the peak of the COVID-19 pandemic in the state.

“The Laboratory unit, Physiotherapy and Radiology unit are being operated under Public-Private-Partnership arrangement. The Radiology unit has a CT-Scan, a digital fluoroscopy X-ray and a 4D-Ultrasound.

“There are also facilities for potable water, 11KVA BEDC dedicated line, synchronized with four 1000-KVA Generators as backup and a Medical Oxygen plant reticulated to all the wards.

“In addition, this facility has a Tertiary-level Sickle Cell Anaemia Referral Centre fully equipped with best and model facilities by the 05 Initiative which is a laudable project of Her Excellency, Dame Edith Okowa,” he stated.