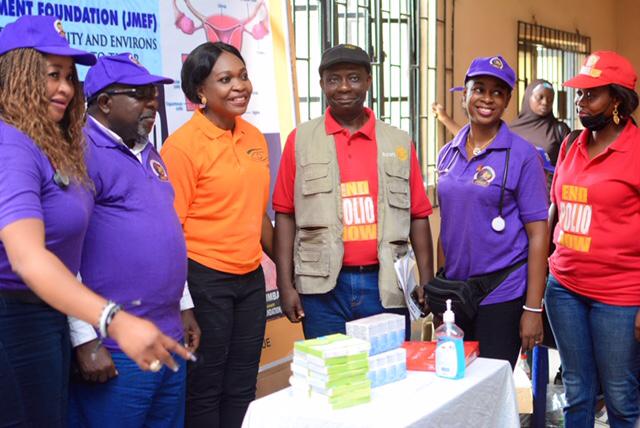 A two day free medical outreach organized by Jesu Marie Empowerment Foundation, JMEF, in collaboration with the Rotary Club of Osubi District 9141 in Osubi, Okpe local government area of Delta State, has ended with a record of over one thousand registered patients.

The patients, including the young and old, had besieged the Osubi Communty Town Hall, venue for the program with various health challenges, while a good number of them took advantage of the exercise to do general check up to ascertain the state of their health.

The inadequacy of primary health care services, particularly in rural communities across the country was evident at the program as facilities assembled for the exercise by the sponsors were over stressed.

Although the initial plan for the two day program was cervical and prostate cancer screening, testing and possible treatments for those with early signs of the conditions, the organizers said the need to expand the scope to cover other areas of health concerns became inevitable.

Such areas include HIV, malaria, typhoid, blood pressure, anaemia, and tests for blood and sugar levels as well as eyes checks.

Samples were collected and taken to laboratory for examinations, even as some were diagnosed and attended to almost immediately.

The pharmaceutical section of the segmented medical exercise was also filled with drugs that were given to some of the patients free of charge. 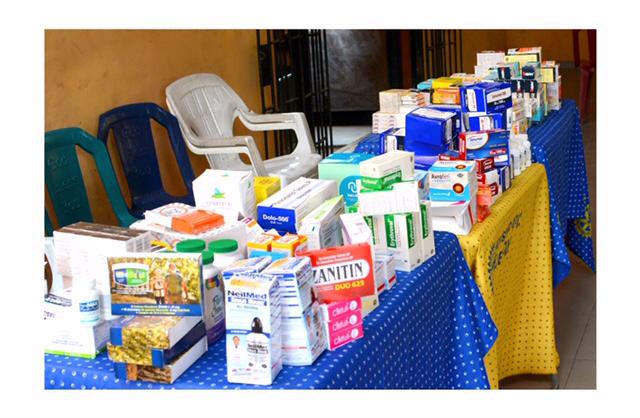 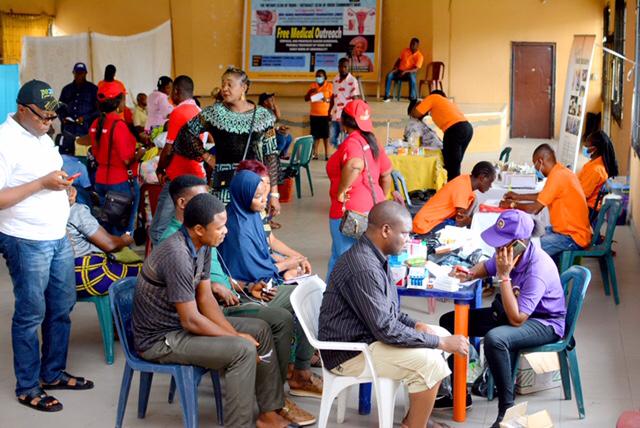 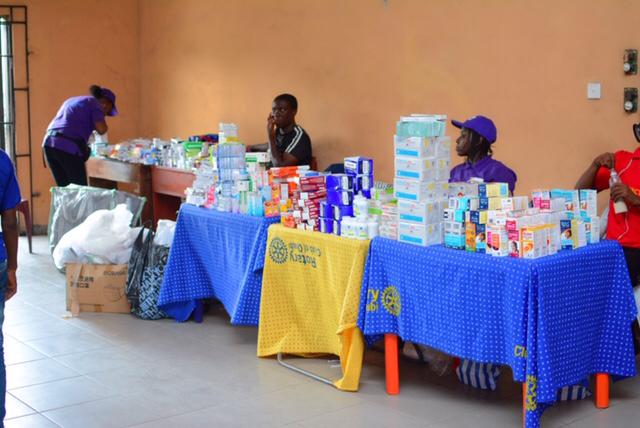 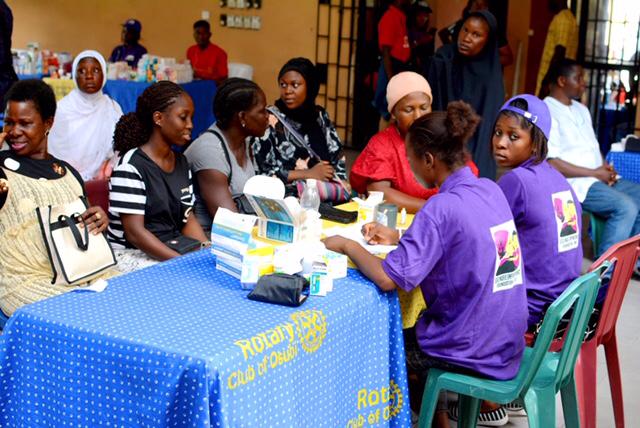 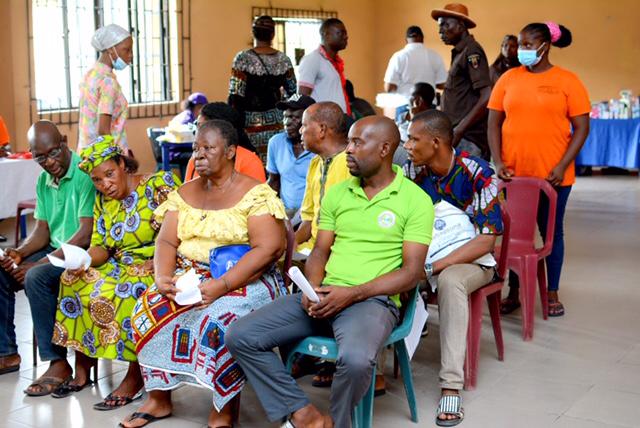 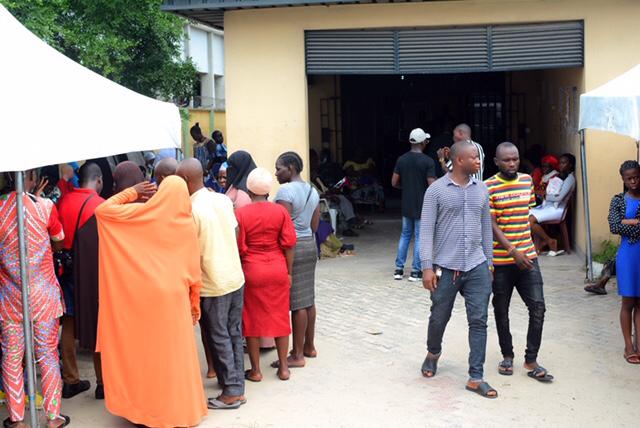 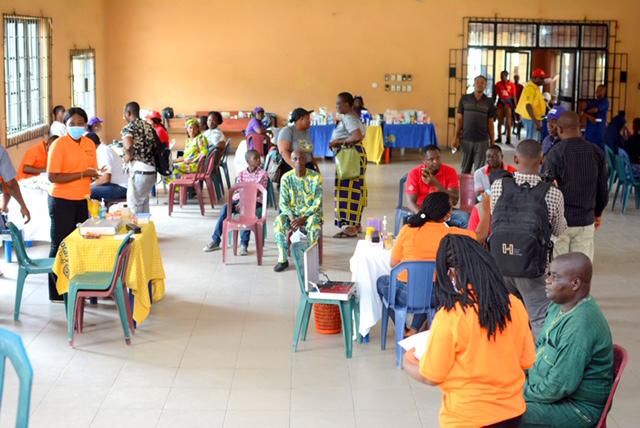 The medical team, drawn from within and outside Delta State, including Doctors, Pharmacists and Nurses, made concerted efforts to ensure that every patient was  attended to, while some officials of the Rotary Club of Osubi were also on ground to ensure a hitch free exercise.

The President, Jesu Marie Empowerment Foundation, Dr Rukevwe Ugwumba, said focus was on prevention health which was far cheaper in addressing the medical and health needs of the people.

Dr Ugwumba, a Canada based physician and one time Special Adviser to former Governor Emmanuel Uduaghan on Health Matters, said government could not do it alone, hence the need for corporate bodies, nongovernmental organizations and well meaning individuals to invest in the health sector.

Noting that so many people had died in ignorance, Dr Ugwumba stressed that life was too precious to be lost and restated the commitment of Jesu Marie Empowerment Foundation to enhancing the well being of Nigerians, particularly Deltans as according to her “Charity Begins at Home”.

The Rotarians explained that rotary cared about the problem of people and that all its activities were centered on services to God and humility, stressing that “heaven rejoices whenever a soul is saved”.

Akpasubi, Comrade Oisemaye and Otite-Douglas paid glowing tributes to Jesu Marie Empowerment Foundation for partnering with the club for the free medical outreach, saying that the collaboration had enabled the club to reach out to hundreds of people with health needs.

A former Commissioner for Health, Delta State, Dr Chris Oghechovwe, stated that the health care system in Nigeria, requires all the support.

Dr Oghechovwe who commended JMEF and the rotary club for partnering to bring healthcare services to the rural dwellers, enjoined other foundations and clubs to emulate the gesture.

Some of the beneficiaries could not hide their joy as they expressed appreciation to the sponsors and organizers of the health program.

It was gathered that from the fifty results collected so far of the two hundred patients that were screened for cervical and prostate cancer, three were positive, while ten were sent back for further laboratory examination .