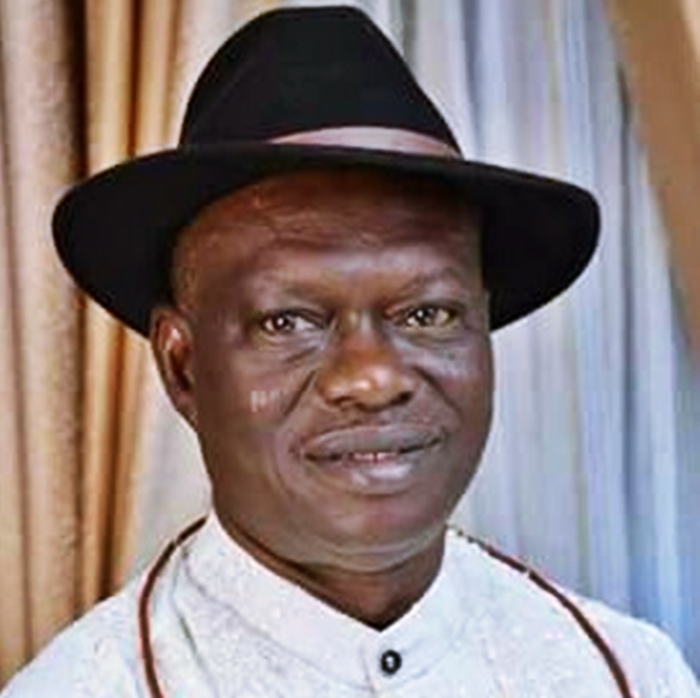 A political reading of the revolutionary thinker, Frantz Fanon’s much quoted essay, “Pitfalls of National Consciousness” in his delectable book, The Wretched Of The Earth (1967) reveals an accurate prediction of the options available to Africa’s political elite of either defending or betraying their nations. True, for more than five decades since the timely publication of the insightful essay, many political leaders and the elite have had cause to follow the primrose and broad ways of betraying their nations again and again for mess of potage. However, those with the milk of patriotism who have walked sedately on the rough path of defending their nations are quite few but very significant. It is among these few redoubtable heroes and heroines that one locates Chief (Comrade) Ovuozourie Samuel Macaulay, the highly respected Okiroro of Isokoland, who turns fifty-eight on October 25, 2018. For more than three decades, Chief Macaulay has been tenaciously defending his Isoko nation; the third largest ethnic group in Delta State and advancing the great cause of the Niger Delta. He has remained exemplary in this regard.

The narrative or story of Chief Ovuozourie Macaulay is inspiring and enchanting. It is a story of commitment, of dedication, of devotion, of determination, of tenacity, of great struggle, and a profile of selfless service and genuine patriotism. Yes, struggle. For more than thirty years, Comrade Ovuozourie Macaulay has dedicated his life and devoted his energy to titanic struggles as a journalist, a unionist, and later as a activist politician. He is not afraid of struggles, as he struggles for a just and egalitarian state, and for the economic empowerment and development of his Isoko people in particular.

Quite early in his journalistic career, Macaulay resolved his choice in favour of the poor and suffering masses, the proletarians, of truth, of fairness and of justice as he intransigently engaged military. He was a bold antagonist and a thorn in the fleshes of irresponsible military governments and their functionaries. He was objective in his career as a journalist and he courageously fought for the sanctity and preservation of the Nigerian press. Under his watch as Chairman of the Nigerian Union of Journalists (NUJ) and Nigerian Labour Congress (NLC), Delta State Chapters, both associations were the most articulate, vibrant, and reliable branches in the the federation. Like his immediate mentor and great predecessor in the Nigerian labour movement, the late irrepressible Comrade Michael Atakhomien Omnibus Imoudu of Edo State, the implacable labour activist, Comrade Macaulay fought until victories were won. An untiring and unparalleled organiser, Comrade Macaulay never lost the struggles including that of the epic Niger Delta Resource Control and Fiscal Federalism rallies, and strike actions that he led. Little wonder the former president of NLC and current national chairman of All Progressive Congress, APC, Comrade Adams Oshiomhole, described him as “an authentic comrade and political activist who is humble, courageous and appreciative” during the grand reception Macaulay organized in honour of Chief James Onanefe Ibori on Saturday 18th November, 2017. Oshiomhole’s description aptly captures the man of the moment, Comrade Ovuozourie Macaulay.

A man of tremendous goodwill and unwavering integrity, Chief Macaulay’s ascent to politics marked a critical political watershed for the Isoko nation, who, for too long, has been a nation with tumultuous political fortunes. He stands for progressive politics and the collective interests and aspirations of his people take precedence. He was conscious of the Isoko identity and the imperative of safeguarding it. He saw himself first as an Isokoman, went into politics as an Isokoman and continue to plan and play politics as an Isokoman. Soon, Chief Macaulay became a political rallying point. He galvanized Isoko sons and daughters in forging a common front and making Isoko a global brand. He is committed to this redemptive mission as he works extremely hard and makes deft moves in strategically networking with significant political players of other ethnic groups that make up the larger Delta State and Nigeria for its full realisation. The point should be made that before Chief Macaulay ventured into politics, he and other patriotic Isoko sons and daughters have been struggling for the growth and advancement of Isoko. Thus, his ascent to active politics and subsequent appointments to political offices were opportunities of using the instrument of government in developing his nation and politically and economically empowering his people.

Thus, as a public functionary, first as Commissioner of Inter-Ethnic Relations and Conflict Resolution (2003-2007) during the second tenure of Chief James Ibori, later as Chief of Staff of Government House (2007), Commissioner of Power and Energy (2007-2011), and Secretary to the State Government (2011-2015) under Dr. Emmanuel Eweta Uduaghan’s administration, Chief Ovuozourie Macaulay used these public/political offices to improve the lot of his people by influencing significant developmental projects and political appointments and recruitment of employable and unemployed Isoko youths. Macaulay has rendered in graceful prose, an account of his stewardship in a pamphlet with the elegant title, My Stewardship: Facts Behind The Figures. This piece is yet to be contradicted by cynics and critics three years since its publication in 2015.

Again, that Chief Macaulay served in two different civilian administrations are lucid and eloquent testimonies that he performed superlatively and exceptionally. Three years after he exited the corridors of state power in grand style, Chief Macaulay remains politically relevant as a confidante of His Excellency, Senator Dr. Ifeanyi Arthur Okowa, the incumbent Governor of Delta State, just as he continues to offer uncommon political leadership to his homeland, Isoko. He is also among the few significant politicians in Delta State being consulted on political and electoral matters. Today, there is no politician in Isoko who has not benefited from Chief Macaulay politically.

Respectfully called and highly regarded as “leader”, Chief Macaulay is a politician of note whose political sagacity, courage, astuteness, resourcefulness, wisdom, and sparkling brilliance have all helped him emerged as a national political figure of Isoko extraction, standing tall and rubbing minds with key political actors of our dear nation, Nigeria. He is a political leader with charismatic qualities which have made him a popular crowd puller. His movements to social and political functions are usually spectacular with long convoys by his political lieutenants and teeming followers.

A notable and untiring grassroot mobiliser, and a committed chieftain of the People’s Democratic Party (PDP), who has contributed enormously to the party especially electoral successes in Isokoland, Chief Macaulay has served in countless committees of the party including the Accreditation Sub-Committee of the 2018 PDP Elective National Convention that saw Alhaji Atiku Abubakar the nation’s former Vice President emerging as the party’s presidential flagbearer for the 2019 general election. The committee was headed by the Speaker of Federal House of Representative, Right Honourable Yakubu Dogara.

Politics is about structure, and Chief Macaulay has a formidable political structure in Delta State. In 2003, he floated a political pressure group called Isoko Grassroot Movement (IGM) which toiled day and night with uncommon political and missionary zeal, campaigning for Chief Ibori and other aspirants of the PDP. And the People’s Democratic Party won convincingly and overwhelmingly in Isoko. IGM, now ably chaired by the political strategist, Deacon Sunday Elueni, has given birth to other political pressure groups of note such as the most politically advanced Isoko Advancement Network (IAN) that boasts of the most significant Isoko political leaders, leading academics, technocrats, and legal luminaries like Sam Idise, the group’s acting national chairman; Professor Samuel Aghalino, Chairman of the Governing Council of College of Education, Warri; Chief Paul Odhomor, an astute accountant and renowned consultant; Sir Patrick Ferife, former Commissioner of Special Infrastructure; Honourable Mike Ogwah; Mr. Emmanuel Egbagbor, Executive Chairman of Isoko North Local Government Council; Chief Emmanuel Edevor; and Dr. Evelyn Aluta, former Chairman of Delta State Post Primary Education Board; among others.

In 2015, foresighted Isoko traditional rulers came together in Owhe Kingdom and conferred on Macaulay the significant chieftaincy title of Okiroro which means “a great thinker, someone with a lot of wisdom and commonsense”. Chief Macaulay has also been honoured several times across the nation, including an Award of Excellence by the Faculty of Management Science of the Enugu State University of Science and Technology, ESUT, Enugu, which was conferred on him last year, and the SSG of the year by Global Excellence Magazine, Lagos. For now, let’s rise up and make a toast to Chief Ovuozourie Samuel Macaulay, the Okiroro of Isokoland, at fifty-eight! Big Congratulations, Our Leader!!!