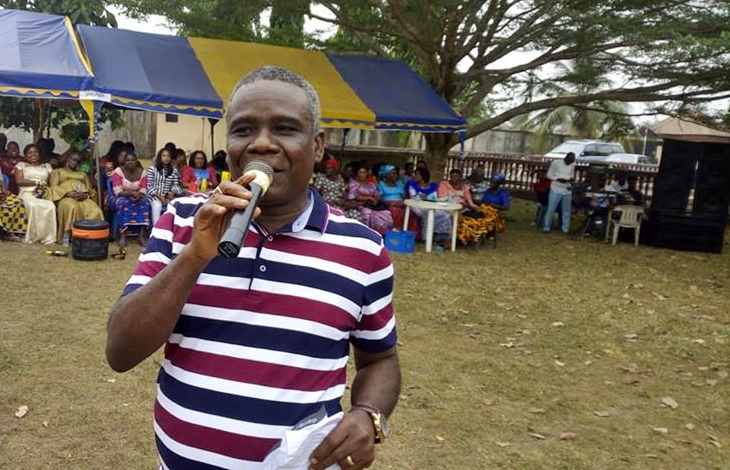 The member representing Ukwuani Constituency in the State House of Assembly, Hon. Alphonsus Ojo says Governor Ifeanyi Okowa will receive 100% from Ukwuani as he remains the best and only option for governor in 2019.

Hon. Ojo stated this when he hosted some PDP Leaders executive members, youths, women and members of his campaign organisation “Joy Group” at his residence in Umutu, Ukwuani Local Government Area.

The lawmaker said the reelection of Governor Ifeanyi Okowa was a project he and his teeming supporters were committed to based on the sterling leadership qualities and achievements of the governor.

Ojo who is the Chairman, House Committee on Health noted that Governor Okowa has touched every part of the state with landmark development projects such as road infrastructure,education, development of technical colleges, healthcare, youth empowerment through YAGEP and STEP programmes and peace and security among others.

He said the PDP has a solid foothold in Ukwuani local government area noting that Governor Okowa will win convincingly as the area has benefited from his developmental agenda which is clearly evident in Ukwuani.

Hon. Ojo further urged the people to vote for Alhaji Atiku Abubakar for President in order to get Nigeria working again, Governor Ifeanyi Okowa and Senator Peter Nwaoboshi and all PDP candidates in the forthcoming general elections.

He said it was the turn of Delta North Senatorial district to govern the state for two terms as Delta central and south senatorial districts have done theirs and solicited the support of Deltans for Governor Okowa’s reelection.

Honourable Ojo who used the opportunity to distribute four brand new motorcycles to some of his supporters and four hundred bags of different sizes of rice said it was in appreciation of their unalloyed support to him over the years and urged them to remain steadfast.

He said before the PDP primaries some of his supporters were lured with gifts in order to abandon him but remained committed to his course hence he was giving the same motorcycles which they used to persuade them but refused to collect.

While stressing that he was not contesting for any position in the 2019 general elections, Hon. Ojo said he will continue to carry everybody along and put the interest of the area first in order to further enhance the development of the area.

Others who spoke, commended Hon. Alphonsus Ojo for hosting them to a party though he was not contesting for any position, adding that he has used his position as a lawmaker to attract several development projects to Ukwuani.

Some of the beneficiaries of the motorcycles including Chief Ronick Ossai and Mr Monday Akpotowho thanked Hon. Alphosus Ojo for putting smile on their faces and promised to continue to work for the party.

The highlight of the ceremony was the presentation of the motorcycles by some PDP leaders on behalf of Hon. Alphonsus Ojo to the beneficiaries and distribution of bags of rice to the people.