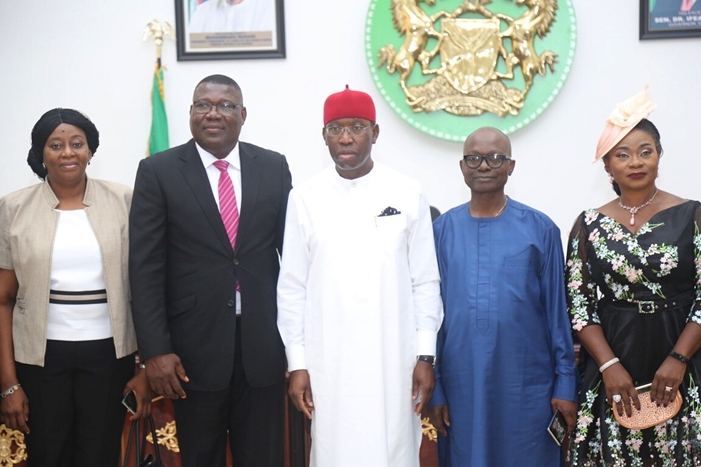 The event which took place at the Government House, Asaba was witnessed by members of the State executive Councils and spouse of the two appointees and others.

Okowa congratulated Mr. Obuh and Comrade Efenudu on their appointments, noting that as experienced technocrats and labour leaders, they should carry out their functions accountably and in transparent manner to enable them win the confidence of labour Unions.

“I believe that the Nigerian workers, especially those in Delta State have been very cooperative with this government, we have developed a partnership which enables all of us to work together because there is no government that can do well without the workforce and the workers have taken us thus far in the course of this administration,” he emphasised.

Responding on behalf of Mr Efenudu, Mr. Obuh commended Governor Okowa for deeming them fit to serve the state as Chairman and Secretary of the Bureau of Pensions, assuring that they will do their best with the cooperation of all Deltans to ensure that pensioners in the state get their entitlement as at when due.