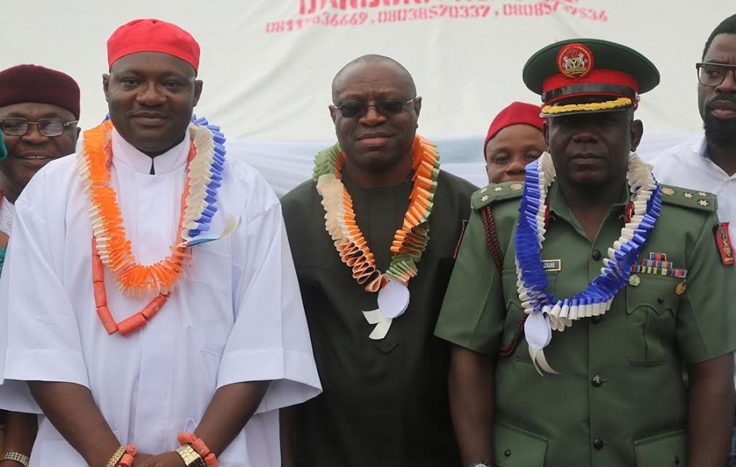 The National Youth Service Corps (NYSC) has established its Skill Acquisition and Entrepreneurship Development Center in Delta state bringing the number of the centres in the country to 3.

He averred that the skill acquisition programmes would solve the unemployment problems facing the youths in the country and help them acquire skills that would make them self reliant stressing that  the NYSC Skill Acquisition Centre would better the lives of the youths in the state and  South-South Zone and compliment government’s effort and drive to empower youths because of its multiplier effect .

“It is my hope that this NYSC skill acquisition centre will turn out thousands of youths that will be business leaders and managers, it has a multiplier effect because those that will be trained will in turn employ more people to work for them after they have been established”, he said adding that “you have my assurance that my administration will give this centre the needed support to make it succeed.”

The Director General of NYSC, Brigadier General, Sule Zakara Kazare, said that the project was informed by the desire to create jobs for the youths in the zone explaining that three of such projects have been awarded  in the country, viz south-west, (Ekiti State) south-south (Delta State) and the Northern part (Gombe State).

He charged youths in the zone to take advantage of the opportunity to acquire the needed skill and be self sufficient.

The Royal Majesty of Ezi Kingdom, Obi Mohanye 1, commended the state government, and NYSC for the project, promising his people’s support for the success of the project.