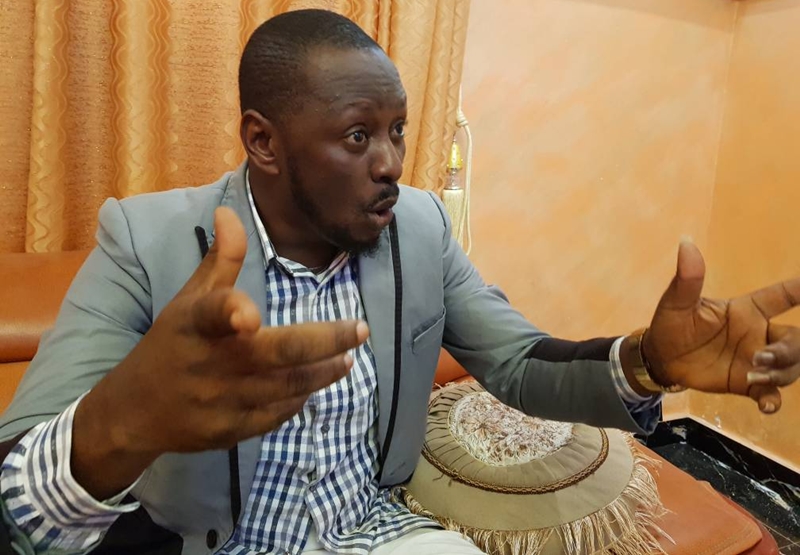 The Founder and President of the Anti Corruption Crusaders and Integrity Forum, Prince Kpokpogri has said that the Senator representing Delta North Senatorial District, Senator Peter Nwaoboshi deserves to go to jail, adding that the pletoria of atrocities committed by the embattled Senator from his days as Delta State Chairman of PDP are enough to quarter him permanently in prison.

The fearless Delta born anti corruption crusader made these assertions during an interview to ascertain the state of trial of the Senator, being a witness in some of the cases involving the Senator.

According to Kpokpogri, “The case is at its first stage, starting that with the controversial purchase of the Guinea House from Delta State Government, using his company – Suiming to front. Other cases linking another of his company – Bilderberg are coming, including his alleged dubious dealings in NDDC using his position as the Senate Committee Chairman on NDDC and the detailed contracts and IOC”.

Prince Kpokpogri who is known for his landmark achievements in uncovering massive fraud in DESOPADEC and critical sectors of Delta State Government and beyond, affirmed that the EFCC is seriously investigating Senator Nwaoboshi and obtaining documents on all the contracts he had influenced to himself and cronies from NDDC, insisting that no amount of running or diabolical threats would save him from the long arm of the law.

“Let me tell you by experience, that cases are not won by legions of lawyers. Cases are won by facts and evidence. Nwaoboshi’s lawyers could have convinced the judge that he was flown abroad on health grounds, but that trick won’t last forever”, he stressed.

Kpokpogri however, posited that as an anti corruption crusader, his group would do everything possible to ensure that the trial of Nwaoboshi is judiciously prosecuted, adding that any attempt to cover up the sins of Nwaoboshi would be resisted.

He said he has confidence in the judge, Justice Mohammed Idris as a man of honour who would do justice to the case, maintaining that the case is glaring and there would not be any system cover up.

Senator Peter Nwaoboshi was recently arrested and arraigned at the Federal High Court, Ikoyi. He was remanded at the Kirikiri Prisons and later got bail after days in detention. On Thursday the 7th of June, 2018, the trial of Nwaoboshi came up in court, but it was adjourned to enable him attend to his medical treatment abroad which critics said was an attempt to buy time.

According to our source, Nwaoboshi’s lawyers had allegedly produced fictitious medical documents, claiming that the Senator had an undisclosed ailment and he had to travel abroad for urgent medical attention.

Efforts were made to reach the Director of Media and Communication to Senator Nwaoboshi, Barr. Eugene Uzum to react to some of the issues raised by Prince Kpokpogri via the phone. He picked but declined to speak, stressing that he has got a life to live and wouldn’t want to speak at an odd hour.