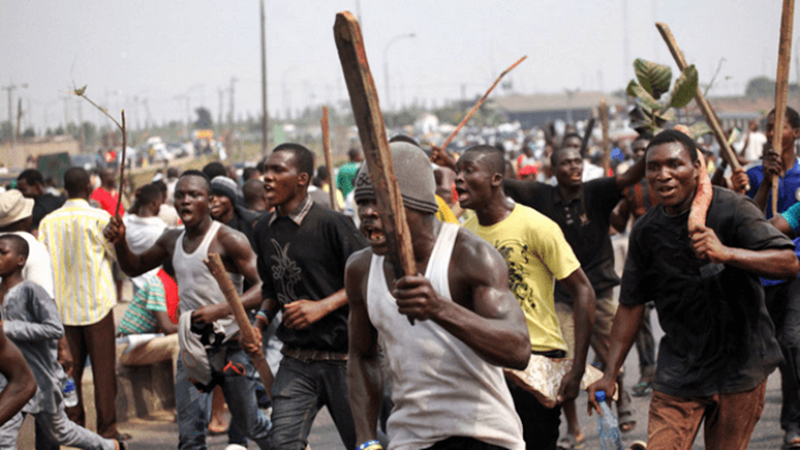 Barely few days and weeks to the 2019 Presidential, Parliamentary and Gubernatorial elections, the Nigeria Union of Journalists (NUJ), Delta State Council has called on all political actors including the electorates to shun violence condemning the brewing crisis in the state that have claimed lives and injured dozens.

NUJ conveyed this plea and condemnation in a communique issued at the end of its monthly congress on Thursday, 7th February, 2019 at its temporary Secretariat, Labour House, Asaba.

The congress as part of its resolutions, discussed extensively on pressing issues affecting Delta State and the country as regards the forthcoming general elections, charging both politicians and the electorate to shun and discourage any act of vote buying in order to ensure free, fair and transparent election, which it believe is the sure means to electing credible leaders that will not mortgage the dividends of democracy unlike those who successfully buy votes.

On the reported violence in Delta Central tied to political activities, the NUJ strongly condemned political violence which has resulted in killings at Effurun in Uvwie Local Government Area of the state and disturbances of peaceful coexistence in places such as Abraka and Ughelli, and called on political leaders to always have their followers in check to nip in the bud any act that may cause breakdown of law and order, thereby endangering lives and properties.

Considering the preponderance at which some people react in line with the body language and utterances of their political leaders, NUJ admonished politicians at both national and state levels to be mindful of their utterances in order not to further heat up the polity.

While charging security agencies to live up to their responsibilities by ensuring fair play and neutrality before, during and after the general elections, congress emphasized the need for security agencies to be civil and eschew overzealous tendencies in their dealings with journalist and election observers, even as its calls on journalists and election observers to be professional in discharging their responsibility.

The Congress further called on the Independent National Electoral Commission (INEC) to be an unbiased umpire and intensify voters’ education and availability of permanent voters cards (PVCs) to enable the electorates exercise their franchise and make the electoral process credible.

Furthermore, as part of its resolutions, the NUJ called on the Delta State Government to as a matter of urgency, address the challenges of reckless parking of articulated vehicles along Umunede and Ubolo-Okiti axis of the Benin/Asaba Express Road, NPA Express Way, Warri and the Sapele/Oghara axis of the Warri/Sapel/Benin Express Road as they pose serious threat to life.