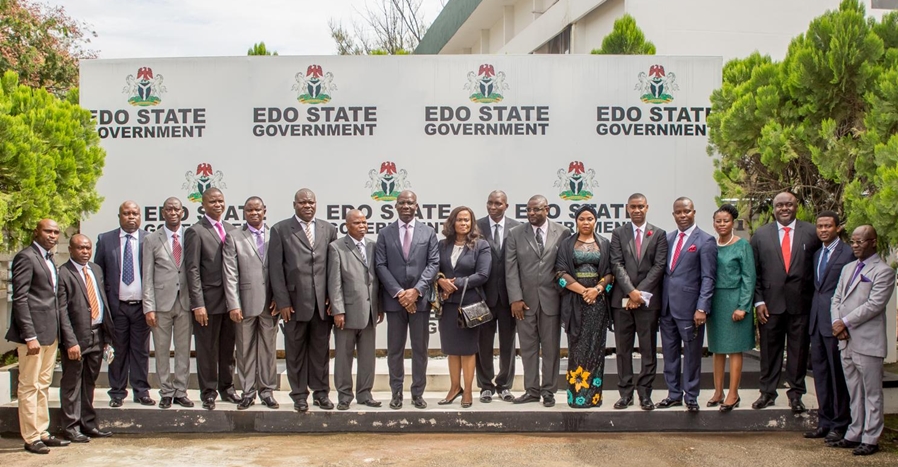 Governor Godwin Obaseki of Edo on Thursday, 6 July, sworn-in 18 commissioners saying that ‘’there is no room for corruption in his administration.

Addressing the commissioners made up of 15 males and 3 females at Government House in Benin City, the governor said their appointment was a call to service and not to make money or accumulate wealth.

He said the commissioners were nominated by their various local government councils and they should live up to the confidence reposed in them.

“We expect that you live above board; your confirmation by the Edo House of Assembly goes to show that you were found worthy to serve the state.

“This is the time to build institutions; it is not a time to think about self but to work for the common good of the people.

“Bring your experiences to bear and treat staff with respect and follow laid down rules’’, he said.

Obaseki urged the commissioners to come up with innovative solutions that would help increase internally generated revenue in the state.

The governor also tasked them on loyalty, accountability and key into the ICT initiative of the present administration saying his administration will run an e- government.

Responding on behalf of other commissioners, Mr Osagie Inegbedion, appreciated the governor for the opportunity given them to serve.

Inegbedion said that their appointment was a call to service saying ‘’we are committed to serve’’.

Speaking to news men after the swearing-in on the governor’s admonition, one of the Commissioners, Paul Ohonbamu assured that he will work with his colleagues to meet the ultimate expectation of the governor and Edo people, which is happiness for the people.

Ohonbamu who is a former deputy speaker of Edo State House of Assembly, noted that Governor Obaseki was working effectively and noiselessly and all the Commissioners are expected to key into the governor’s legitimate expectations.

“The governor has started and he has been operating effectively and noiselessly, so any body who is appointed Commissioner today is just to key into and act in line with his legitimate expectation”, he said.