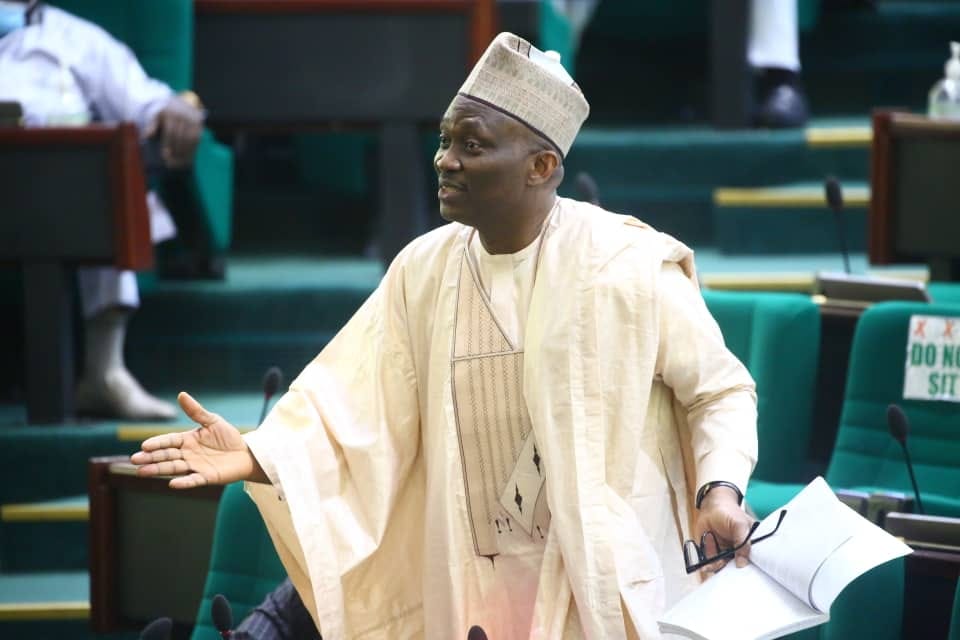 The House of Representatives has resolved to urgently intervene in the diplomatic row between Nigeria and the United Arab Emirates with a view to lessen the suffering of Nigerians transiting through the UAE.

The House took the decision on Tuesday November 16, 2021 at plenary presided by the Speaker, Rt. Hon. Femi Gbajabiamila.

The resolution which was unanimous, was sequel to a motion to that effect moved by the Minority Leader of the House, Rt. Hon. Ndudi Elumelu.

Hon. Elumelu who came under order 8 rule 4 of the House rules, said the motion has to do with the anguish Nigerians living in the United Arab Emirates are passing through and said that over One thousand Nigerians residents in the UAE are afraid that their residency would not be renewed based on the correspondents they have received from UAE authorities.

“If that happens, it therefore means that all of them will be deported, the reason being that they are alleging that given that Nigeria has failed to meet with the conditions that they have set out. That is why they want to make sure that every Nigerian living in the United Arab Emirates is sent back to Nigeria,” Elumelu revealed.

Elumelu who represents Aniocha/Oshimili Federal Constituency, Delta State, in the House of Representatives, urged his colleagues to be their brothers’ keepers and support the motion with a view to making the Federal Government of Nigeria look into the matter and see how it could be resolve to the benefit of Nigerians.

“This is the essence of this motion, because if it is not done, it means that our people will soon be deported. We have Nigerians not only from one particular zone of the Country. We have those from North West, we have those from  North East, we have those from South East, South South, South West, all of them summed up as Students schooling in UAE, some are businessmen also in UAE and some most often goes on holiday.

“Some also have had course to also transit from UAE to either Saudi Arabia or to some other countries, most times India which is close if you are taking off from Abuja or Lagos to those areas.

“What you now find is that if you want to go to, for instance, India or Saudi Arabia, passing through UAE, you have to go to Ghana and stay in Ghana for fourteen days and you must show proof that you stayed in Ghana fourteen days before you can be allowed to transit through UAE,” Elumelu explained.

The Minority leader in the motion, further gave clarification to the genesis of the problem that Nigerians are facing in the UAE.

‘Nigeria and the United Arab Emirates (UAE) have had a positive diplomatic relationship and in 2009 the UAE established its embassy in Nigeria. In December 2020 a memorandum of understanding was executed between Nigeria and the UAE to provide a platform for both countries to engage each other bilaterally.

“In February 2021, the Federal Government of Nigeria stopped the UAE national carrier, Emirates airline from subjecting Nigerian travelers to additional rapid antigen test as against its stipulated negative PCR test at the Lagos and Abuja airports before departure.

“Emirates airline then shut down flights to and from Nigeria owing to the disagreement between the airline and the aviation authorities in Nigeria on the propriety of subjecting passengers travelling from Nigeria to emergency COVID-19 protocols.

“After an interface between the authorities of the aviation ministry and Emirates airline, flights resumed, but the Emirates airline continued to conduct test for passengers before departure from Nigeria, a development the Federal Government frowned at and thus suspended the airline from flying to and from Nigeria,” Elumelu stated in the motion

The Federal lawmaker expressed worry over allegations that hundreds of legal resident Nigerians living in UAE are losing their jobs  on account of the refusal of the authorities to renew their work permit which offends the letters of bilateral agreements which both nations are signatory to and the speculations that the actions of the UAE authorities, was a calculated attempt to pressure the Nigerian Government into accepting their conditions of service for their national airline that may have lost humongous revenue from the Nigeria route.

Two members of the House, the Deputy Speaker, Rt. Hon. Ahmed Idris Wase and the Deputy Minority leader, Rt. Hon. Toby Okechukwu spoke extensively in support of the motion before it was unanimously resolved with adhoc committee comprised of relevant committees of the House that includes; Aviation, Foreign Affairs, Presidential Task Force(PTF) on Covid-19, National Security and Intelligence and Interior(Immigration Service), National Orientation Agency, Diaspora and Treaties were mandated to interface with the Ministry of Foreign Affairs, Aviation and National Intelligence Agency (NIA), PTF on Covid-19, immigration Service, Diaspora commission and National Orientation Agency on best ways of resolving the crisis and report back to the House within 4 weeks.