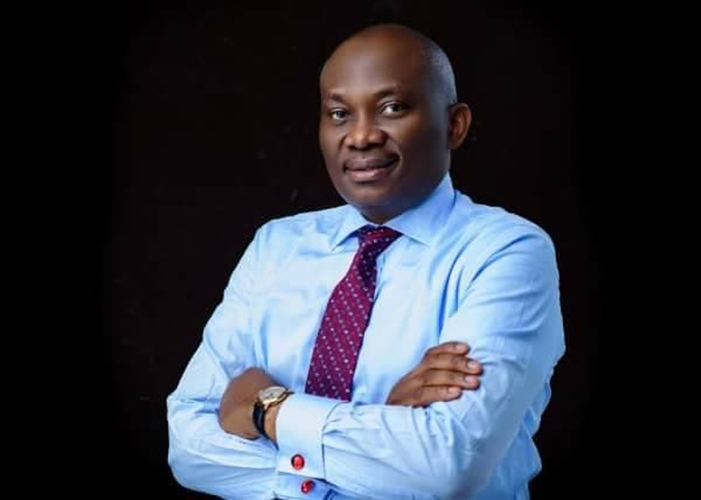 Former federal lawmaker who represented Aniocha/Oshimili Federal Constituency in the Federal House of Representative, Rt. Hon. Ndudi Elumelu has been duly captured in the list of nominated candidates by the PDP National Working Committee that conducted the primaries and submitted the names to the Independent National Electoral Commission, INEC.

Elumelu who is among the Delta State PDP Candidates, who emerged victorious in the recent party primaries for the Federal Constituency Seats in the state, had his name submitted alongside other successful PDP candiadtes in the state before the close of submission on Thursday 18th October, 2018 at Abuja.

Disclosing this to journalist in Abuja, Rt. Hon. Ndudi Elumelu who defeated the PDP incumbent for the Aniocha/Oshimili Federal Constituency, Rt. Hon. Joan Mrakpor in a keenly contested primary election televised worldwide by a National Television Network from Asaba, said that he gave all the glory to God, adding that the inclusion of his name in the list of victorious candidates cleared by INEC to contest the 2019 general elections, has put paid to the rumour making the rounds that he had been dropped by the PDP.

He said that with what has happened now, he is more than ever determined to give it all that it takes to work towards the victory of the PDP at all levels in the forth coming general election, even as he commended the chairman and members of the National working Committee of the PDP for organizing a credible and transparent primaries for the Party at all levels.

“I want to sincerely thank God for his love for me and the people of Aniocha Oshimili, He Did It before and He has done it again, I give him all the glory, He is the Alpha and the Omega. The ancient of days, therefore let everyone fear and appreciate the Lord for He is good,” an elated Ndudi Elumelu stated, with great humility.

With the submission of the names to INEC, Rt. Hon. Ndudi Elumelu and others are now the standard bearers for the PDP flag for their various Federal Constituencies in Delta State.