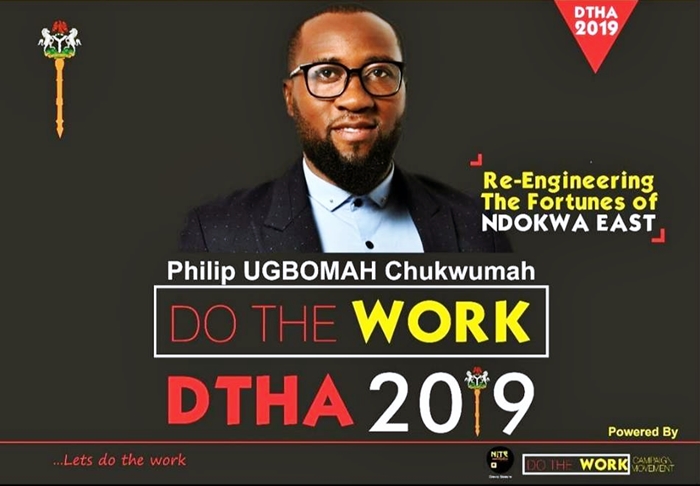 The leadership of the Peoples Democratic Party, PDP, in Ndokwa East Local Government Area have applauded the in depth knowledge of the economic, infrastructural problems facing the area, and a laid down strategy to solve the problems by an aspirant to the Delta State House of Assembly, Engr. Philip Chukwumah Ugbomah.

The leaders made the commendation recently, when the House of Assembly hopeful visited the leadership of the party in furtherance on his aspiration to represent the constituency.

Speaking during the meeting, the chairman of the Party in Ndokwa East, Chief Ugo Ashibelua, said that over the years, the people of Ndokwa East has suffered untold hardship of lack of infrastructural development, which had greatly affected the economy of the area. The leaders called for re think in the part of those who are voted or appointed to positions to always have the interests of the people of Ndokwa East.

Speaking further, Chief Ashibelua, said one good thing about the aspiration of Engr. Ugbomah is his drive to change the narratives of the area if given the ticket, and eventually voted to represent the people. He applauded the concept of his campaign, of reengineering the economic fortunes of Ndokwa East.

“We are with you to see that the history of Ndokwa East will change, as we look forward for a better economic development of this area after the 2019 elections. We feel the pain of lack of infrastructure especially road networks which has greatly affected our people, economically and socially, and whoever gets the ticket in our party, the peoples economic welfare should count first, especially on roads.” He emphasised.

Earlier, the House of Assembly faithful, Engr. Philip Chukwumah Ugbomah briefed the leadership of the party in the LGA on why he wants to run for the constituency seat. He solicited for their supports, and again appealed to the conscience of the ward delegates to the primaries to vote for the future of Ndokwa East, and future of the children and youths.

Engr. Ugbomah told the party leadership that his drive will be to carry out fruitful representation when voted in, that will reengineer the fortunes of Ndokwa East, as well attract infrastructural development like roads, and other social amenities, as the area has suffered greatly, despite her contributions to the national purse economically.

“My mission is to give our area a developmental based representation that will reengineer our economic fortunes. We don’t have roads and any other amenities that can change the lives of our people, despite our contribution to the national economy”

“To change the narrative of our people, our children, youths, women and the aged, future lies in your hands at this moment, if you are going to be one of the delegates. Ndokwa East must move forward. Ndokwa East story must be re-written. And I am appealing to you to do that through your votes at the primary”.