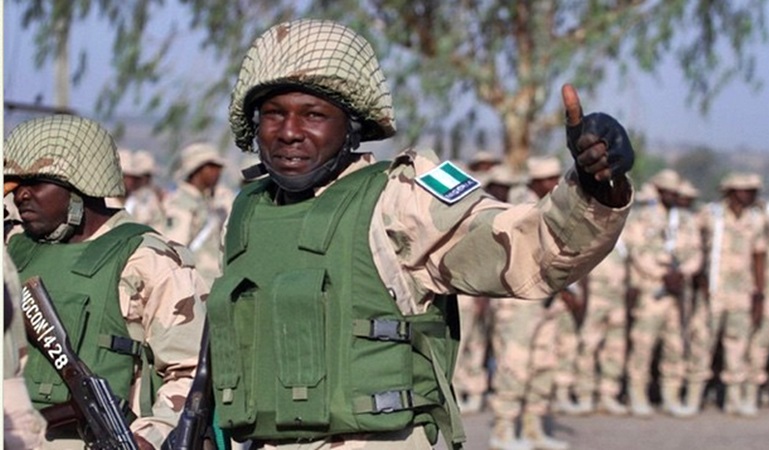 A partial identity of the mysterious white man captured by Nigerian soldiers during last week’s storming of Boko Haram’s headquarters in the Sambisa Forest has been revealed.

This mysterious white man captured by Nigerian soldiers is a Frenchman.

Daily Trust learnt from authoritative military sources that the Frenchman specializes in repairing and unlocking armoured personnel vehicles and other fighting equipment.

The white man’s identity is being concealed by the Federal Government and military authorities for diplomatic reasons, the sources also said.

Defence Headquarters has been silent on the development since the news broke last Friday, shortly after President Muhammadu Buhari announced that Boko Haram’s last stronghold in the Sambisa forest, Borno State had been overrun by troops.

Soldiers who took part in the operation told our correspondent yesterday that a white man was actually arrested in the Sambisa forest and that he has been providing “credible information” to military authorities.

A source said, “He was arrested along the Bama axis of the Sambisa forest and agreed to give vital information provided he would be spared. I learnt that he is from France but authorities do not want to make his real identity known for diplomatic reasons…They  don’t want to jeopardize the success recorded.”

Although some sources only said the captured white man is “from Western Europe,” Daily Trust learnt that he is actually a Frenchman.

All Nigeria’s neighbours in the North East, namely Cameroon, Niger Republic and Chad are French speaking.