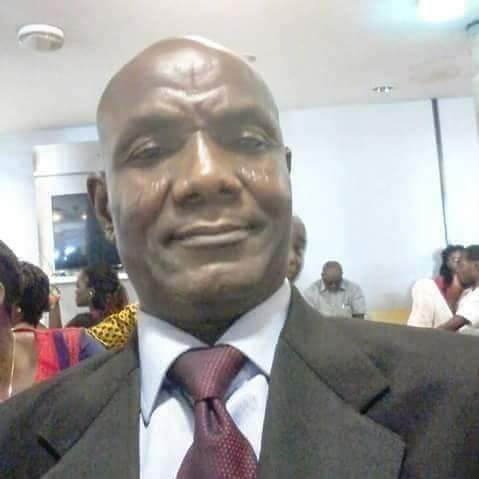 The Movement for Stronger Delta (MSD) has expressed disgust and declared as unacceptable the tendency by the Executive Assistant to Delta State Governor on Communications, Mr. Fred Latimore Oghenesivbe, to periodically blackmail and paint the person of Governor Ifeanyi Okowa in a bad light.

The socio-political body for peace and good governance, in a statement signed by its National Co-ordinator, Dr. Festus Bomo Patani, expressed its strong feeling of dislike for the attitude of the Executive Assistant Communications for always going public to attack the person and administration of Governor Okowa through calculated and disingenuous blackmail aimed at manipulating the large hearted benevolence of His Excellency the Governor, to attend to and accommodate his silly whims, unbridled caprices and eccentric behaviour.

On Mr. Oghenesivbe’s latest orchestrated report on social media titled: “Okowa Influenced By Tribal Bigots, Schemers To Ignore My Huge Efforts- Latimore Ogenesivbe (E.A Communication to the Governor) …Says He Rejected Federal Board Of NITT Appointment In 2017, To Be With Okowa,” MSD described the Executive Assistant Communications as a thankless wretch and ungrateful leech, who will show no qualms in desperately getting treacherous, just to force himself on the person of the Governor by pandering to base ethnic instincts.

“This pugnacious posture of the Executive Assistant Communications is, to say the least, maddening, irritating, brazen, and horrible.

“We find it absurdly ridiculous for a man that owes his appointment as Executive Assistant Communications, to the benevolence of Governor Ifeanyi Okowa, the one he never campaigned for all through the battles and processes of emergence as Governorship candidate, but was privileged to be given a space in the administration and designated as an aide of the Governor, to engage in propaganda against his principal.

“The social media mischief organized by Fred Latimore Oghenesivbe is so terrible and offensive that it exposes the immoral underbelly of one whose fondness to coerce as a disingenuous way to extract further privileges from his principal, is legendary. It is this desperation that has led him blindly to want to equate himself with those who, by their official designations, are not his equals. He has developed such a long-throat that he has lost sight of what his appointment letter stipulated as his emoluments and allowances and the definition of his job functions.

“In fulfillment of his proclivity to whip up sentiments; an expression of his desperation and insatiable greed, he brazenly resorted to gloating over the responsibilities of his seniors, using their appointments as weapons of blackmail to force and improperly attempt to influence the governor to do to him what his office is not entitled to.

“We condemn the resort to perverseness by the Executive Assistant Communications, Mr. Fred Latimore Oghenesivbe, and call on the party leaders and the governor to call him to order. What he is doing is to cause disaffection among colleagues with different designations working for the governor and his government. This is not what the State government needs now. The governor and his team need focus, not distractions, with all hands on deck to enable the administration to finish strong and leave behind a legacy of Stronger Delta.

“This is our concern. It is our duty to call Fred Latimore Oghenesivbe to order. He should shed himself of always using guile to attack Governor Okowa; the person and whose office he is painting in a bad light, just because he is desperate to wrest more benefits.

“As Executive Assistant Communications to the governor, he is not doing the governor any favours. Besides, working in accordance with his stipulated job functions, it’s an open secret that Fred Latimore Oghenesivbe has used the position of his office more to promote himself and has been able to use the governor to engage in many programmes and activities for which he has always gotten the governor’s support and approval.

“Therefore, he should stop shedding crocodile tears. If Fred Latimore Oghenesivbe is no longer satisfied with carrying on the functions of his office, he should take the honourable step by stepping aside through resignation.

“Time is up and enough to end the corruption and spasms from a garrulous belligerent.”