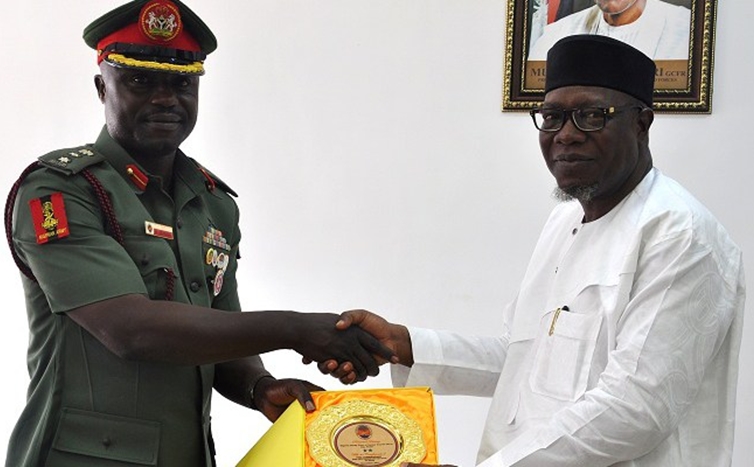 The  Governor Godwin Obaseki led Edo State Government has been at the forefront of efforts to receive and reintegrate Edo indigenes returning from Libya and other African countries.

About 150 of the returnees are undergoing training in agriculture as part of the state government’s capacity building efforts to ease their integration.

The Secretary to the Edo State Government (SSG), Osarodion Ogie Esq., who received members of the Senior Course 40, Armed Forces Command and Staff College, Jaji, earlier at the Government House, Benin City, said government was pursuing reforms to stem the tide of illegal migration and open up the state for investment.

He said that, despite economic challenges in the country in the past one year, the state has made considerable strides in improving governance through institutional reforms and enforcement of law and order in the state.

According to Ogie, “The Governor Godwin Obaseki led-administration is committed to the improvement of governance by improving security of lives and properties and creation of enabling environment for businesses to thrive.

“Edo state is set on the path of a market-driven change agenda, through training of her workforce, institutional reforms and infrastructural development, which are aimed at transforming the state into becoming a leading economic hub in Nigeria in no distant future,” he said.

The Chairman, Strategic Planning Unit, Prof. Julius Ihonvbere, said the state prioritizes social security because it is a building block for economic advancement, adding, “the social benefits available in a country is what makes people buy into the defence of the nation and make them see the nation as their own.”

According to Ihonvbere, Edo State is intensifying efforts to deliver social benefits to her people through numerous programmes to drive economic prosperity, adding that “when government denies the people social benefits, they tend to move towards ethnic and religious affinity. This becomes a threat to social security.”

Team Coordinator, Course 40, Armed Forces Command and Staff College, Jaji, Colonel Babatunde Omopariola, said that the visit to Edo State is an opportunity to get first-hand knowledge of recent events and activities in the state.