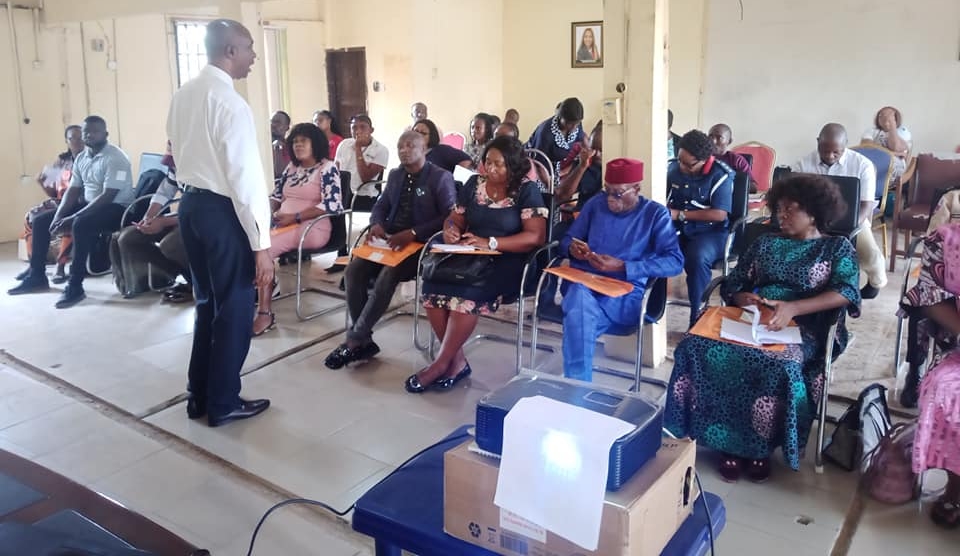 The Permanent Secretary, Delta State Primary HealthCare Development Agency, DSPHCDA Dr. Jude Winful-Orieke during the orientation of the ICCN at the conference hall of the agency on Thursday, May 19, 2022 disclosed that the distribution of the insecticide-treated nets would commence on the 2nd through 13th June 2022 across the 25 Local Government Areas of the State.

He said that the distribution of the nets which would be done on household (door-to-door) basis due to the COVID-19 pandemic, is part of the effort by the Government in eliminating malaria scourge in the state and country at large.

“His Excellency, the Governor of Delta State, Dr. Ifeanyi Okowa, is expected to flag-off the campaign on the 1st June 2022. The distribution exercise will run for twelve (12) days and every household is expected to receive at least one (1) net and maximum four (4) nets. This is done in the ration of one net to 2 persons with a maximum of 4 nets per household. ”He said.

“As ICCN committee members, your task is ensuring that the nets are well- distributed and appropriately utilized. We don’t want the nets to be diverted or deployed for other purpose. Our goal is 100 per cent coverage for net distribution and at least 80 per cent utilisation by Deltans”

Dr. Winful-Orieke urged residents to cooperate with personnel deployed for the exercise to facilitate its smooth implementation adding that the state government had provided Government Counterpart Contribution for the campaign in the state.

In her remarks, Perpetual Ezedinor, the representative of National Coordinator of National Malaria Elimination Programme (NMEP), described the Insecticide Treated Nets as one of the key strategies for the prevention and elimination of malaria in the country as Malaria is endemic in Nigeria constituting a major barrier to social and economic development. She reiterated the commitment of the Federal Government to continue to work with partners and state governments to achieve a malaria-free society.

The Senior Manager Vector Control, Catholic Relief Services, Mrs. Orezi Adekhoyibo and  Management Science for Health Representative, Mr Chukwuemeka Akam  during their separate goodwill messages revealed that for the 2022 ITN mass campaign in the state, the use of technology is adopted as it is proven to improve accountability, transparency and efficiency of the campaign process.

The highpoint of the orientation was the practical session on the ITN mobilization and distribution process.

The ICCN has its members drawn from Security and paramilitary operatives in the state, religious and traditional organizations, civil society organizations, community based organisation, inter-ministerial and market bodies.

The committee has been charged with planning and implementing of the mass awareness rollout for the campaign, coordinating technical, demand creation and logistics work stream, helping to resolving bottlenecks during the campaign, monitoring and addressing security challenges that may arise.