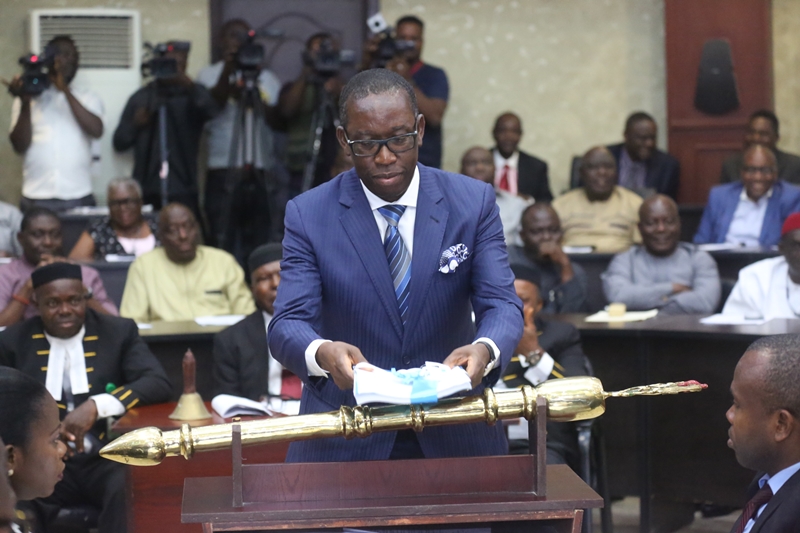 The Chairman, House Committee on Public Accounts, Delta State House of Assembly, Hon. Anthony Elekeokwuri has stated that, there is steady growth and development in the state based on effective budgeting system and implementation.

Hon. Elekeokwuri who represents the Ika North East Constituency in the House spoke with Assembly Correspondents immediately after the presentation of the 2019 proposed budget by Governor Ifeanyi Okowa to the State House of Assembly.

He said Delta state had continued to witness significant progress in all sectors.

The lawmaker stated that the 2018 approved budget had been well implemented by the state government judging from the review of it’s performance from January to June 2018.

He maintained that the Okowa administration was putting the people first hence it was delivering it’s promises stressing that the present administration has created the necessary framework for budget implementation.

He said the Public Financial Management Bill and the Audit Bill both executive bills currently before the House when passed would also help government push for accountability and transparency.

Hon. Anthony Elekeokwuri said the new accounting codes adopted by government in budget formulation and implementation was another milestone in achieving good governance adding that project monitoring and evaluation has enabled government record more success in the state.

He said the 2019 proposed budget will record more achievements as the state government had put structures in place which has increased internally generated revenue.