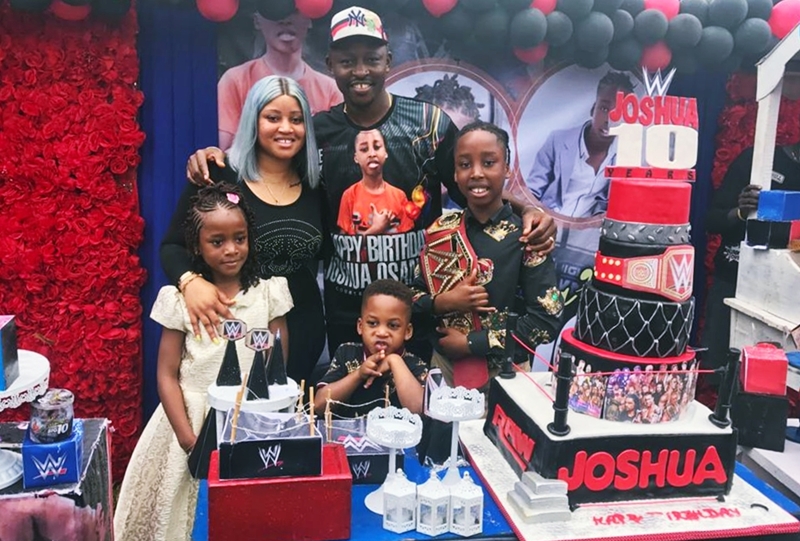 Speaking in his home town, Beneku, Ndokwa East local government area, when he hosted constituents, friends and others to a party to celebrate his first son’s Tenth year birthday anniversary and Nigeria democracy, Rt. Hon Osanebi said June 12 was special to the entire Osanebi dynasty and to the people of Ndokwa East.

The lawmaker stated that democracy had brought development to the country when compared to the period of military rule, noting that though the nation was not where it ought to be, but a lot of progress have been made since 1999.

While congratulating Nigerians on the new democracy day that was moved from May 29 to June 12, Osanebi who is the immediate past Deputy Speaker of the House said the federal government should strive to make life better for Nigerians and contain security challenges facing the country.

He said the APC led Federal Government had no further excuse to give to Nigerians but to deliver the dividends of democracy to the people, especially at this point in time that the leadership of both the executive and legislature are all members of the APC. Hon Osanebi called on the people of Ndokwa nation to sustain their unalloyed support to the Okowa’s led administration in order to build a stronger delta state.

The Lawmaker said the Governor mean well for Ndokwa nation as several life transforming projects have been embarked upon with some completed while others are ongoing.

He said the bridge project which is expected to be completed in less than two years will open up the area to more practical development and would enable the people access their communities. The Lawmaker commended Governor Ifeanyi Okowa for approving the construction of the Beneku bridge and pledged the continued support of constituents to the PDP led state government.

On his son’s birthday, Joshua, who is the first among three children, Osanebi prayed God to bless him, saying that he was happy that June 12 was now democracy day in the country which had made the birthday to be a unique day. He stressed the need for parents to cater for their children and wards in order to secure their future as leaders of tomorrow.

Also speaking, the wife of the lawmaker, Mrs Ogechi Osanebi thanked the people of Ndokwa nation for their support to her husband over the years, saying that their efforts were deeply appreciated. She prayed God to bless her son, Joshua who was celebrating her tenth birthday and thanked all those who came to celebrate with the Osanebi family.

The high point of the ceremony was the cutting of the birthday cake by Master Joshua Osanebi, joined by his parents and a mammoth crowd of children across the Ndokwa nation who came in their hundreds to the Beneku resident of the celebrate family for the birthday celebration. There were several musical entertainment and performances by different dance bands at the ceremony which also had in attendance inmates of some orphanages in Ndokwa nation as well as some physically challenged persons in the state.

A cross section of parents interviewed commended Osanebi for always reaching out to others.